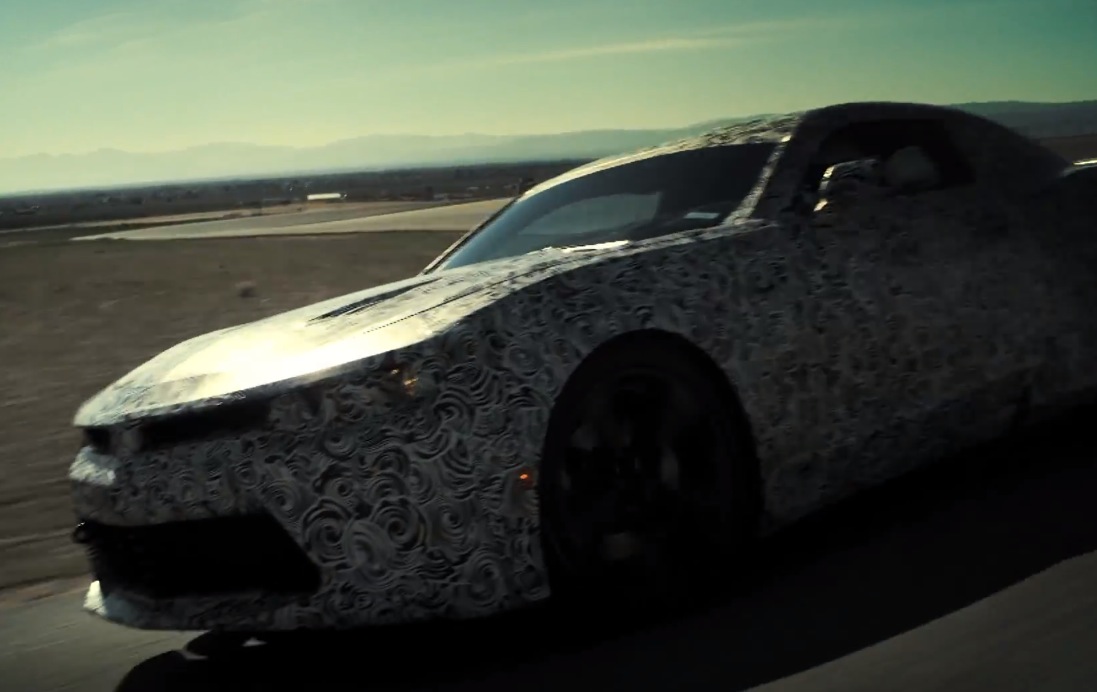 Chevrolet is celebrating a whopping 500,000 US sales of the current part-Aussie-developed Camaro muscle car. And to enhance the occasion, a video has been put together which gives us a sneak peek of the new sixth-gen model. 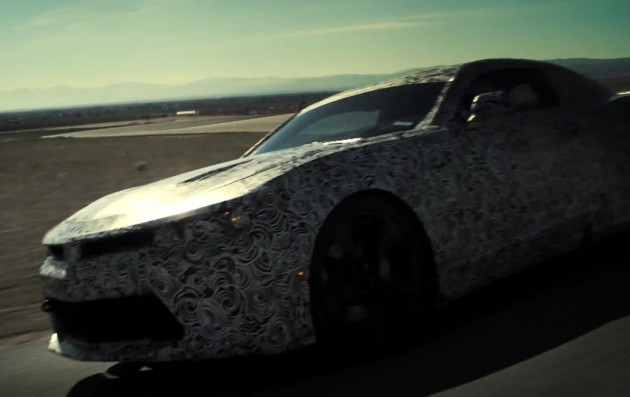 This is the first time Chevrolet has officially previewed the new Camaro, aside from the accidentally leaked silhouette teaser image from earlier in the week. Although the car in the film is heavily camouflaged you can make out some of the sharp new design elements.

The 2016 Camaro looks like it will be more focused and more defined. You can see clearer panel contours and edgier corners, along with a front spoiler integrated into the front bumper bar. At the back the haunches around the rear wheels also look more aggressive and muscular.

As far as we know, the next, sixth-generation Camaro will be significantly more advanced compared with the current version, both mechanically and in terms of in-car technology. There’s speak of a four-cylinder engine making its way under the bonnet, producing at least 202kW, while the kerb weight is expected to be slashed to help with overall efficiency and performance.

Inside, we only need to turn to some of GM’s latest cars to see what might be on the way for the Camaro. A completely new dash design is likely, with a proper touch-screen interface sitting in there offering various apps and connectivity functions. We can also expect some refinement improvements in quality and fit and finish.

Australia could be on track to receive the next Camaro. Nothing has been confirmed at this stage but the Holden brand will need a new hero car when the V8 Commodore goes out of production in 2017. Holden has already confirmed a new sports car will be joining the showroom in the near future. Could the Camaro be the one? Let’s keep our fingers crossed. In the meantime you can check out the video below. (Warning: Tyres were harmed in the making of the film.)