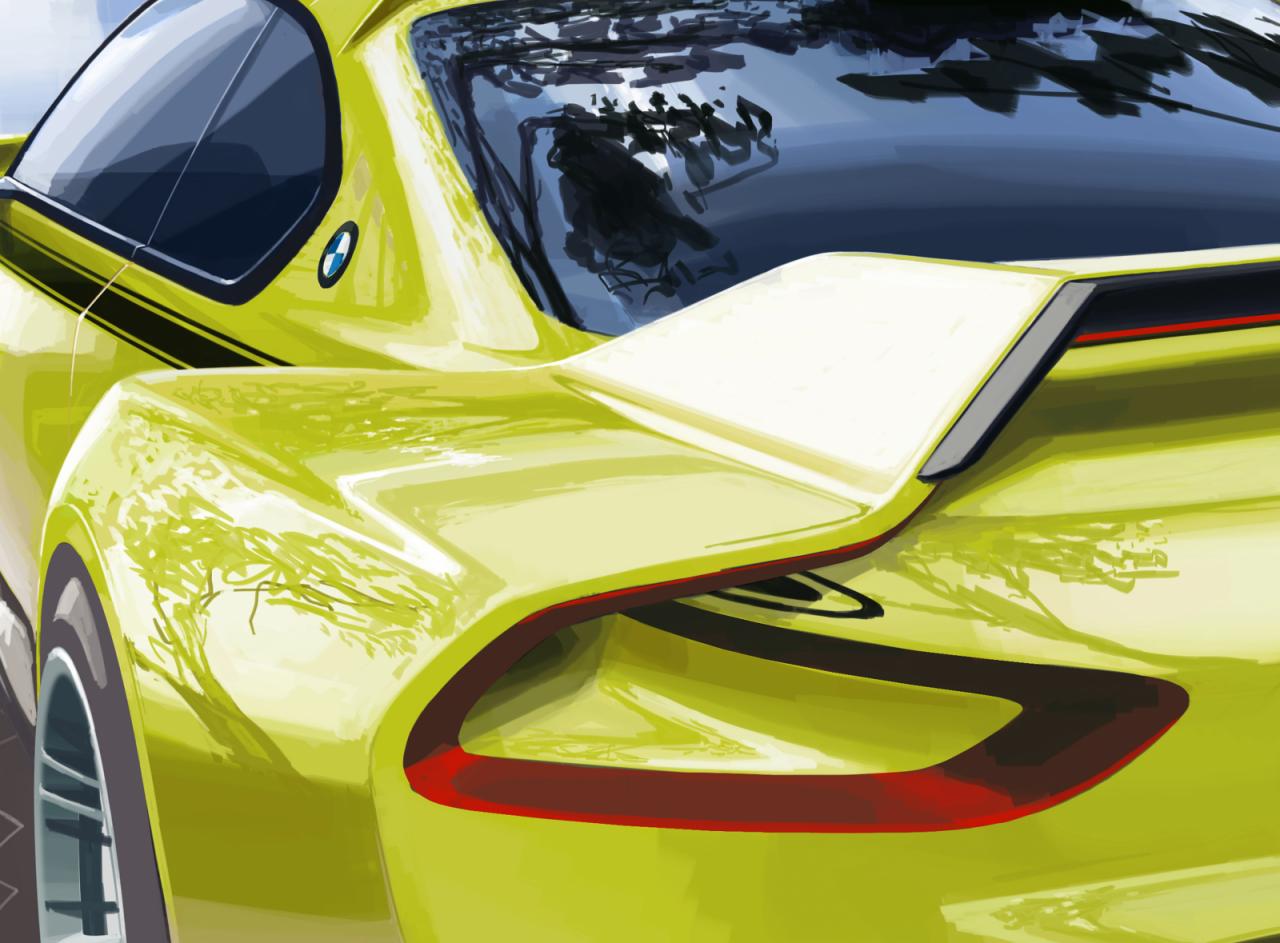 BMW is planning what looks to be a pretty insane BMW 3.0 CSL Hommage concept inspired by the legendary 3.0 CSL, featuring huge rear wheel arches and a unique body. 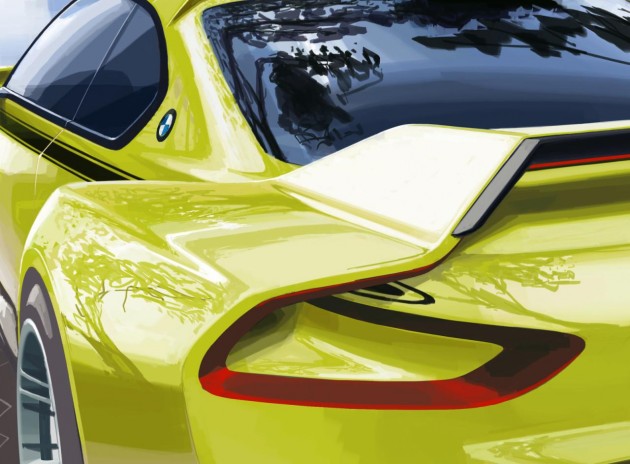 Judging by this digital preview sketch, BMW has pulled out all the stops to create something really special for the 3.0 CSL. There’s big pumped guards on the back which extend right out, and a futuristic spoiler which wraps around to blend in with the guards.

Inside the guards will likely be some deeply dished bespoke alloy wheels, potentially inspired by the original deep dish wheels on the 3.0 CSL of the 1970s, while the taillights are thin LED units that lead into the racing stripes down the sides. BMW spoke about the concept in a statement, saying,

“The design of the BMW 3.0 CSL Hommage exudes sheer dynamics, with the body framed by striking air deflectors, powerful wheel arches and a prominent roof and rear spoiler. The stretched flanks serve as an elegant counterpoint to the distinctly sporty front and rear end.”

BMW will use plenty of carbon fibre in the special concept’s construction to keep weight to a minimum. Meanwhile, in the cabin the company says only the absolute essentials are there.

This should be something to look forward to, especially for all the BMW fans out there who have been waiting for the iconic CSL badge to return. At this stage there is no sign of a production model, unfortunately. All will be revealed at the Concorso d’Eleganza Villa d’Este event on May 22.