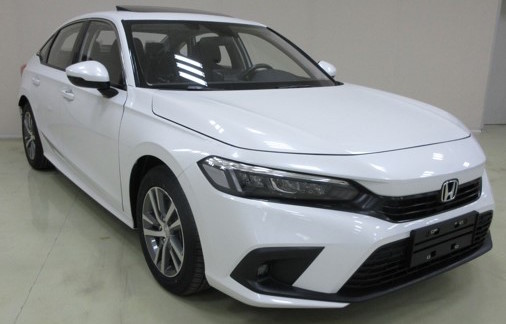 Images of the new 2022 Honda Civic sedan have surfaced online, proving the official prototype from last year was actually very close to production trim. An official debut is likely to be just around the corner.

The images were found on the Ministry of Industry and Information Technology database in China. As far as we understand, the usual process in China is that manufacturers have to submit new products through the Ministry for homologation. But in this case it looks like the submission was published before the finished product has even been revealed.

We must warn that this is the Chinese-spec version of the 2022 Civic, meaning, there could be some minor differences for the eventual Australian model. And as far as we know, only the hatchback will continue here. We did some digging around on the Australian Intellectual Property database and found some design patents of the next hatchback (below, and more images in the gallery at bottom of story), which looks pretty much the same as this sedan, except for the rear, obviously. 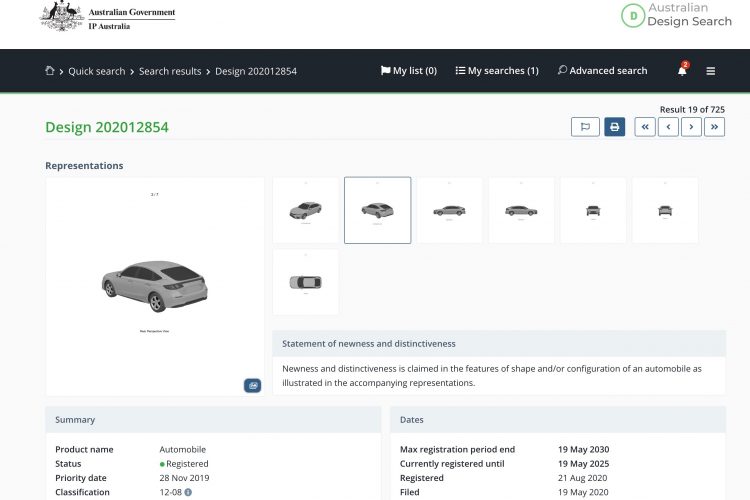 The current, 10th-generation Civic has been criticised for its design, and often described as ‘over-designed’ by critics. However, Honda wanted us all to know that it is smoothing over the layout for the 11th-generation model. It revealed a fully-trimmed prototype version of the sedan in November for proof, showcasing a cleaner design with fewer sharp angles and smoother panel contours.

These images show that same philosophy is being carried over for the production model. At the front are a set of elongated and slightly inverted headlights incorporating integrated LED daytime running lights, while the rear features a pretty conventional and flat bumper bar, neat lip spoiler for the boot, and taillights that look like they are inspired by gravy boats. 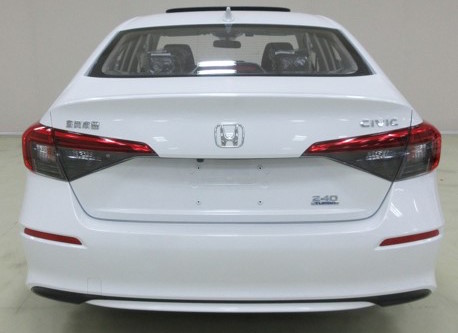 According to the specs on the Chinese Ministry website, the wheelbase grows from 2698mm in the current sedan to 2735mm. The overall width also grows 3mm to 1802mm, and the overall length stretches a further 12mm to 4674mm. Also, the front track remains at 1547mm but the rear track is tightened by 1mm, to 1575mm. Again though, this is based on the Chinese specification and compared with the current Australian specification.

The Chinese model will also come with a 1.5-litre turbo four-cylinder engine that produces 134kW, offering a fuel consumption average of 5.8-5.9L/100km. In Australia a similar L15-based engine produces 127kW and offers an average consumption of 6.0L/100km. 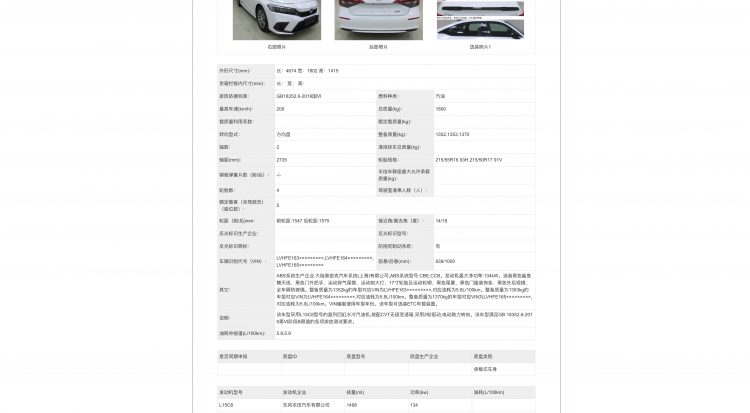 Inside, Honda has already confirmed the new model will feature a fresh 9.0-inch touch-screen media interface as well as a digital instrument cluster. An official digital sketch shows a clean and clutter-free layout, with an overarching horizontal theme and minimal physical buttons and controls. 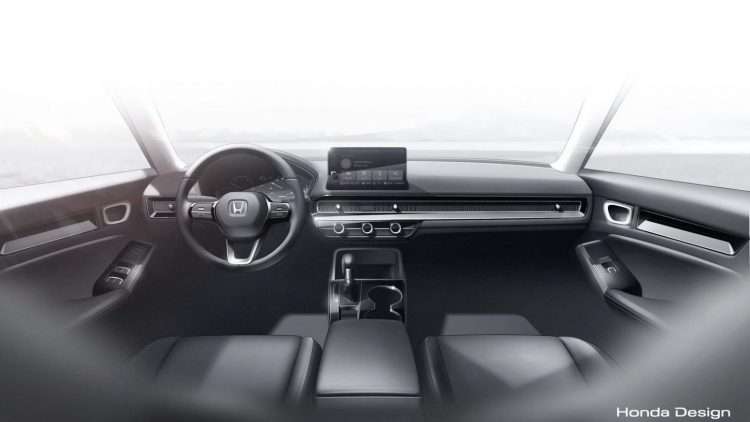 Production of the model is obviously already underway for the Chinese market, but an Australian entry isn’t expected until the second half of this year for the hatch. A full debut for both the sedan and hatch is expected soon.