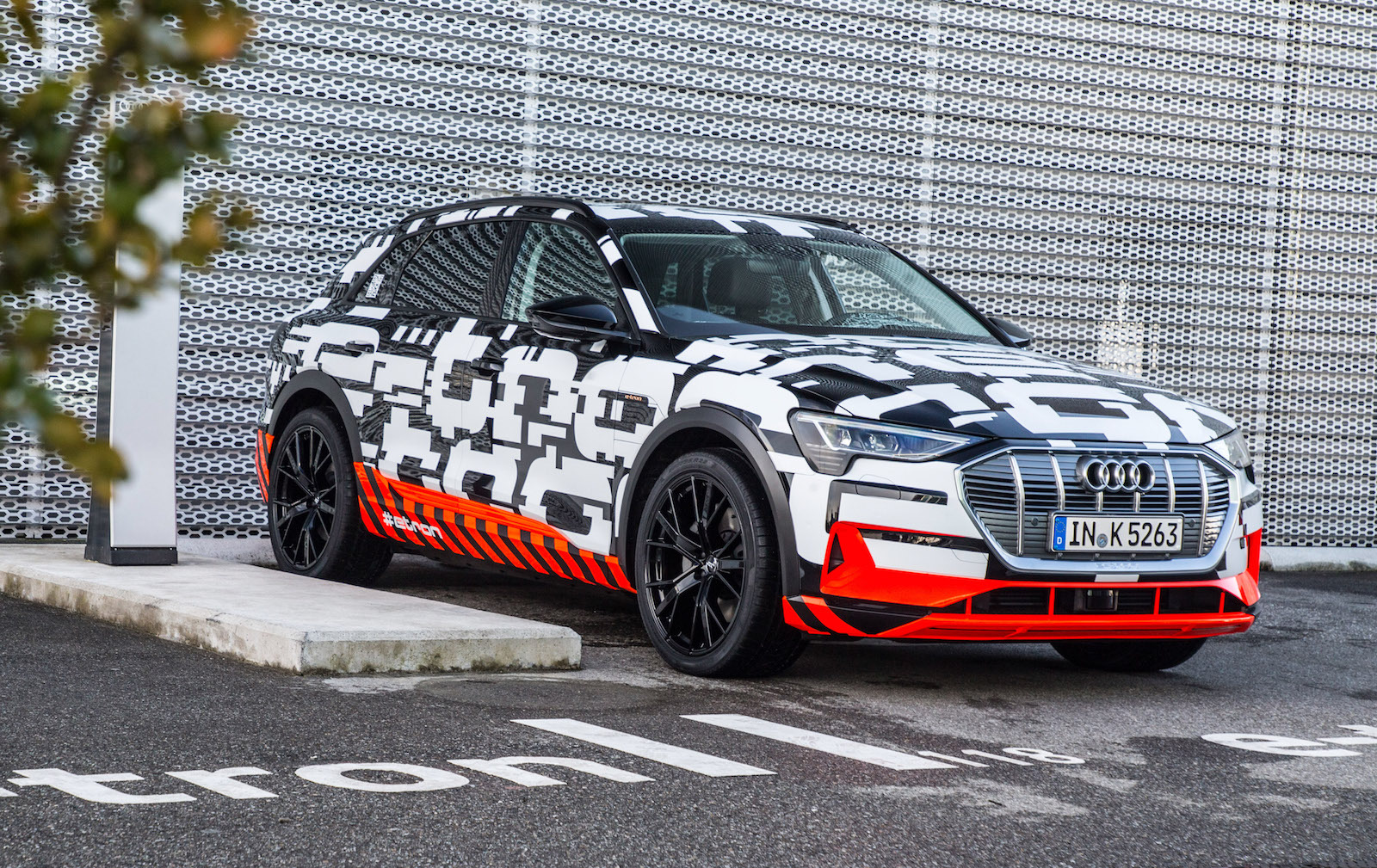 The 2019 Audi e-tron quattro prototype has debuted at the 2018 Geneva Motor Show with a funky camouflage paint scheme. 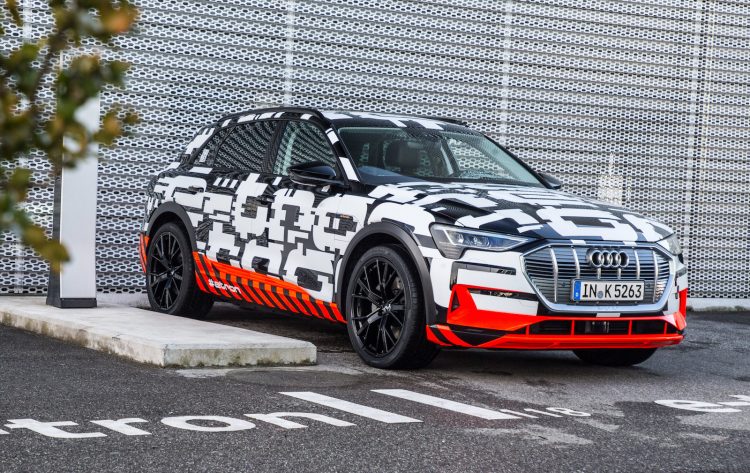 The electric SUV is currently undergoing testing before hitting the European market at the end of this year. In the lead-up to that, a rigorous testing regime continues, with more than five million kilometres being covered in a range of conditions across four different continents. The production version will be made at Audi’s Brussels plant in Belgium, with 150kW charging capacity.

The e-tron quattro prototype has a powertrain developing 320kW and 800Nm, and can spring from 0-100km/h in just 4.6 seconds, on its way to a 210km/h top speed. A 500km range keeps it competitive with the Jaguar I-Pace as well as upcoming Mercedes-Benz GLC and BMW X3 electric models. Audi’s chairman of the board of management, Rupert Stadler, said:

“Audi sets an important milestone for the company’s future with its first purely electrically powered model. In 2020 we will have three all-electric vehicles in our product range, with a four-door Gran Turismo – the production version of the Audi e-tron Sportback concept – and a model in the compact segment joining the sporty SUV. We will be launching more than 20 electric cars and plug-in hybrids by 2025 – spread across all segments and concepts.”

What do you think of Audi’s latest prototype? Tell us in the comments section below.