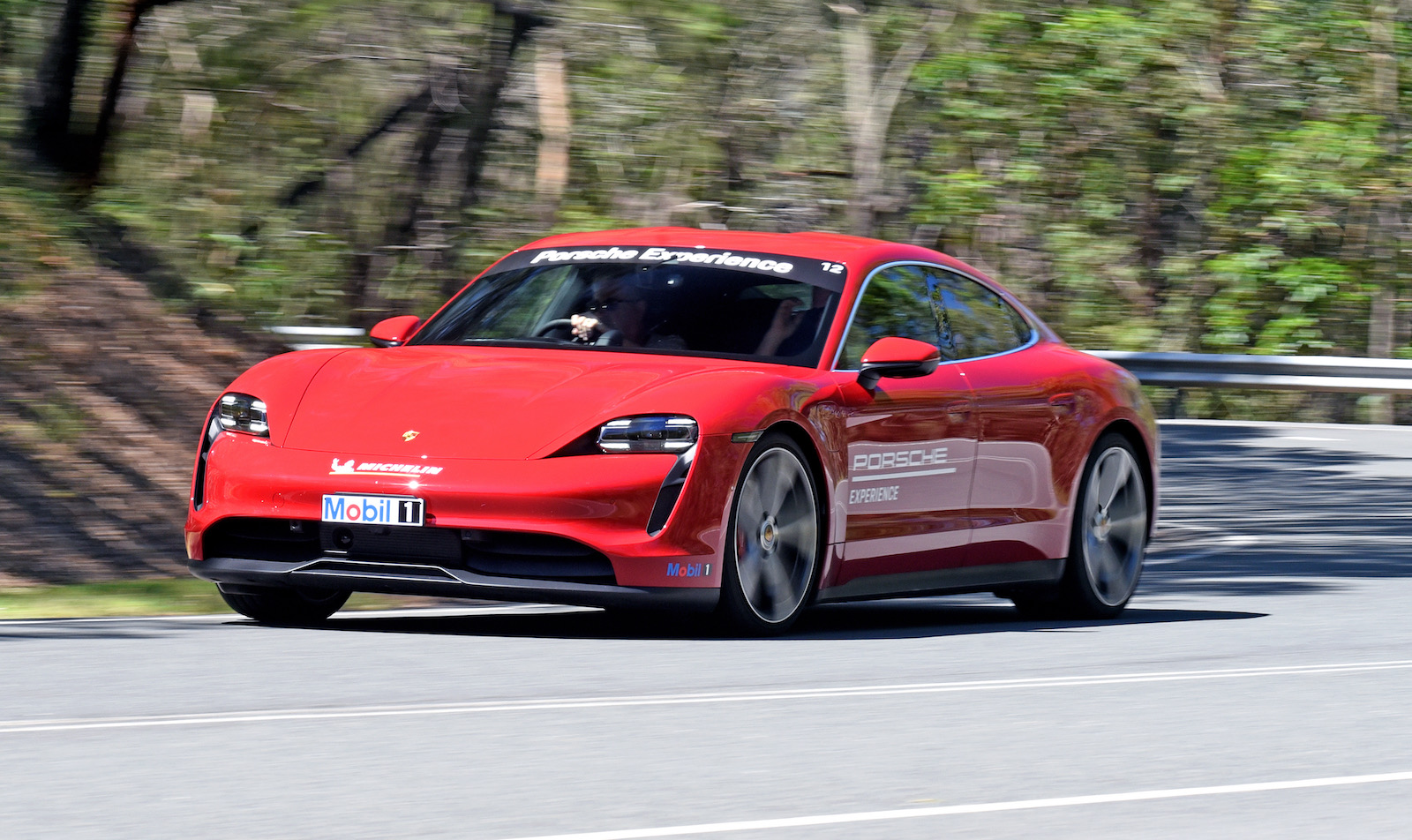 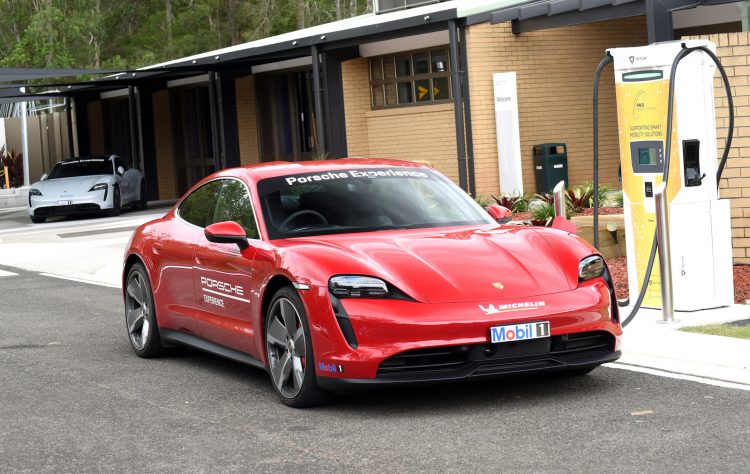 Porsche introduced the Taycan last weekend at the Mount Cotton driver testing and training facility in Queensland, surprising customers with the electric vehicle. It joins the existing sports car lineup, and will be available for customers to drive in certain modules on the Precision and Precision Plus courses.

More specifically, it’s a Taycan 4S. As standard the 4S uses a 79.2kWh battery which supplies power to two electric motors. Combined, maximum output during overboost and launch control is 390kW. This translates to a 0-100km/h time of 4.0 seconds. 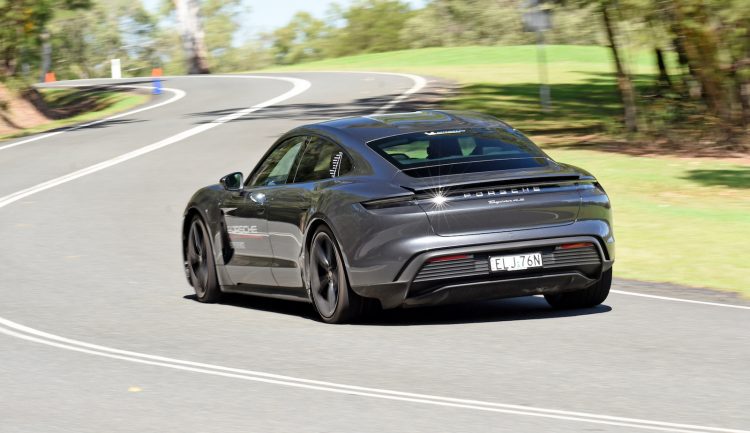 A Taycan Turbo is also being used for hot laps during the Precision Plus drive days. It features a 93.4kWh battery, with two electric motors providing up to 500kW and 850Nm during overboost. It offers a claimed 0-100km/h time of just 3.2 seconds. Speaking about the inclusion of the Taycan, Toni Andreevski, director of marketing and motorsport at Porsche Australia, said:

“Our first group of Track Experience guests for the year did not know that Taycan had been introduced to the program. It was fantastic to see their reactions after driving it. Taycan is a fantastic addition to our Precision and Precision Plus programs and I’m confident that people will be impressed by its performance and capabilities.”

Porsche puts together a range of driving events, giving customers the opportunity to master their car control and explore the potential of Porsche cars in a safe environment. Courses span from the Precision, Precision Plus, Performance, Master, and up to the GT3 Cup course which includes driving a proper GT3 Cup racing car.