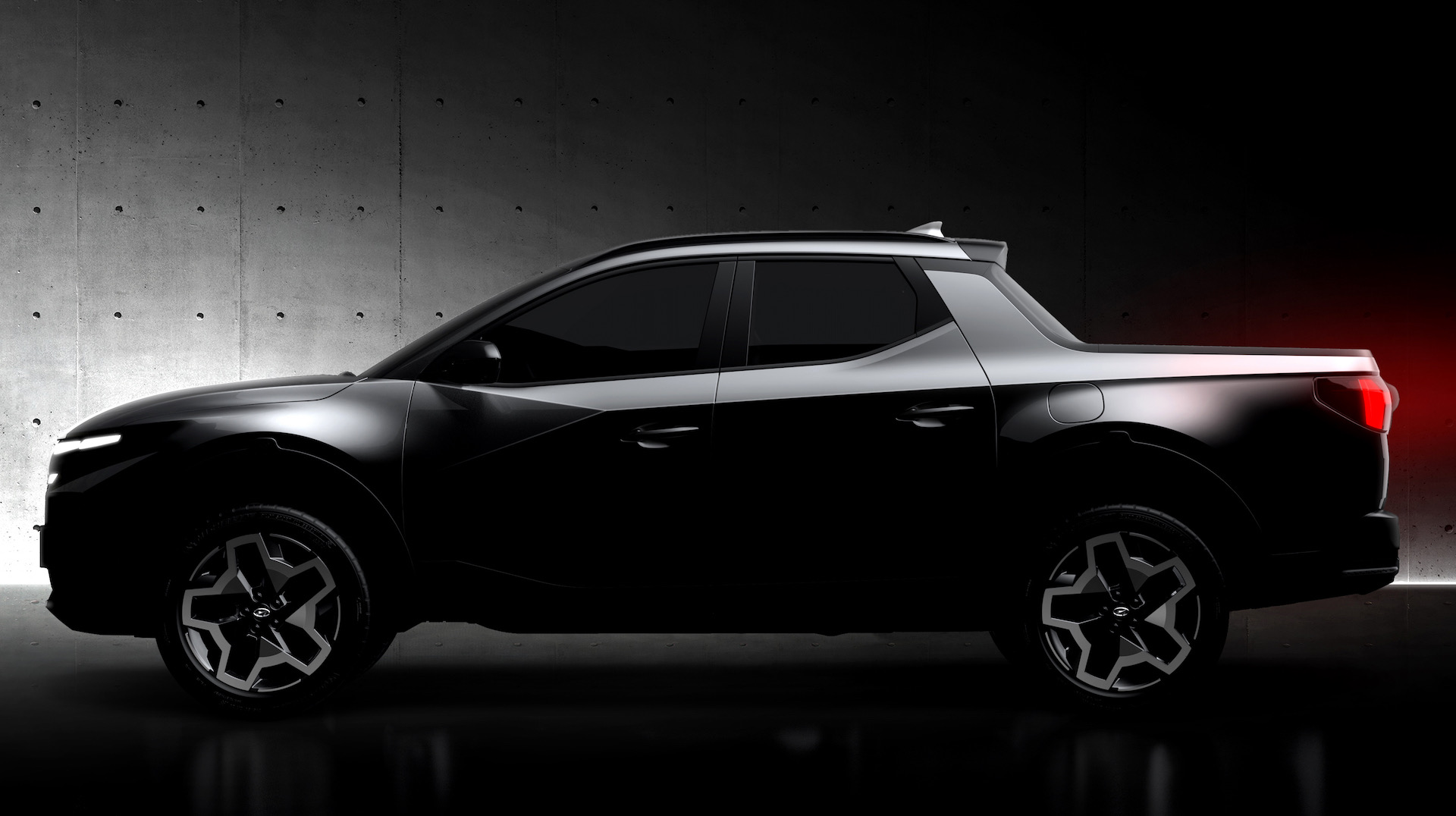 Hyundai has released a series of teaser sketches of the production version of its upcoming Santa Cruz pickup/ute, two weeks ahead of the official unveiling on April 15. 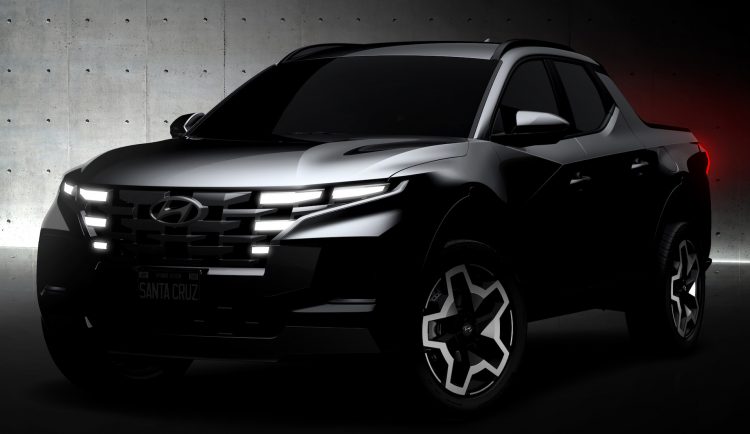 Hyundai describes the Santa Cruz as a “sport adventure vehicle”, and claims it shatters both the SUV and pickup/ute segments of the market, creating what it describes as “an entirely new vehicle category”.

Exactly how Hyundai plans to create this entirely new vehicle category is yet to be known, but questions will be answered in a fortnight’s time. Judging by its size and proportions, it might be picked up by buyers as a compact alternative to the mammoth-sized GM and Ford trucks in America.

So far, confirmed details of the Santa Cruz are difficult to find, other than Hyundai’s claims of a flexible, open bed for gear, bold styling, a powerful yet efficient powertrain, a heap of tech, as well as all-wheel drive running gear for off-road and towing situations. 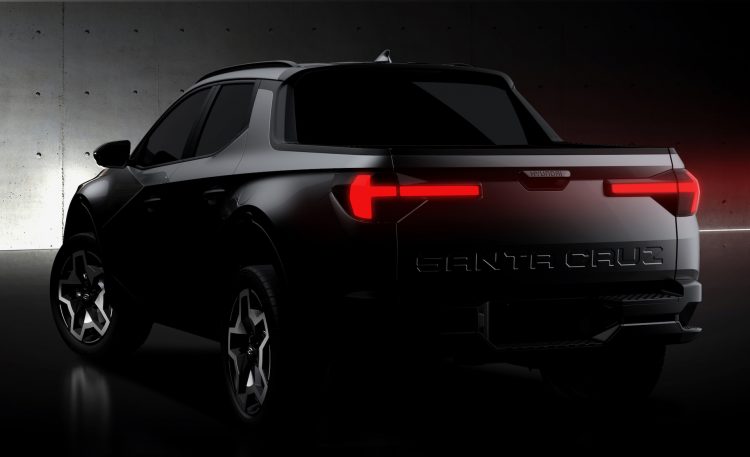 These are in addition to the fact that the Santa Cruz will be based on the new Tucson mid-size SUV platform, which means it’ll probably come with the same engines. It might event get the company’s recent 2.5-litre turbo-petrol as well. It will be produced at Hyundai’s manufacturing centre in Montgomery, Alabama. Jose Munoz, Hyundai president and CEO for North America, said:

“Santa Cruz, with its bold styling, breaks open all-new segment territory for both Hyundai and the industry as a whole. Open-bed flexibility coupled with closed-cabin security meets the changing everyday needs of its adventure-oriented buyers, while powerful and efficient engines and superb manoeuvrability ensure it is a pleasure to drive in urban or off-road environments.”

At this stage it’s understood the Santa Cruz will be produced in left-hand drive only, which pretty much rules out a possible Australian introduction. It would have tough competition to face here since it is an SUV-based vehicle, against the very popular Toyota HiLux and Ford Ranger which are based on heavy-duty ladder-style platforms.

There has been rumours popping up from time to time surrounding the idea that Hyundai could be considering a more heavy-duty option for markets such as Australia. Such a vehicle would be quite different to the Santa Cruz, although, no official announcements have been made.