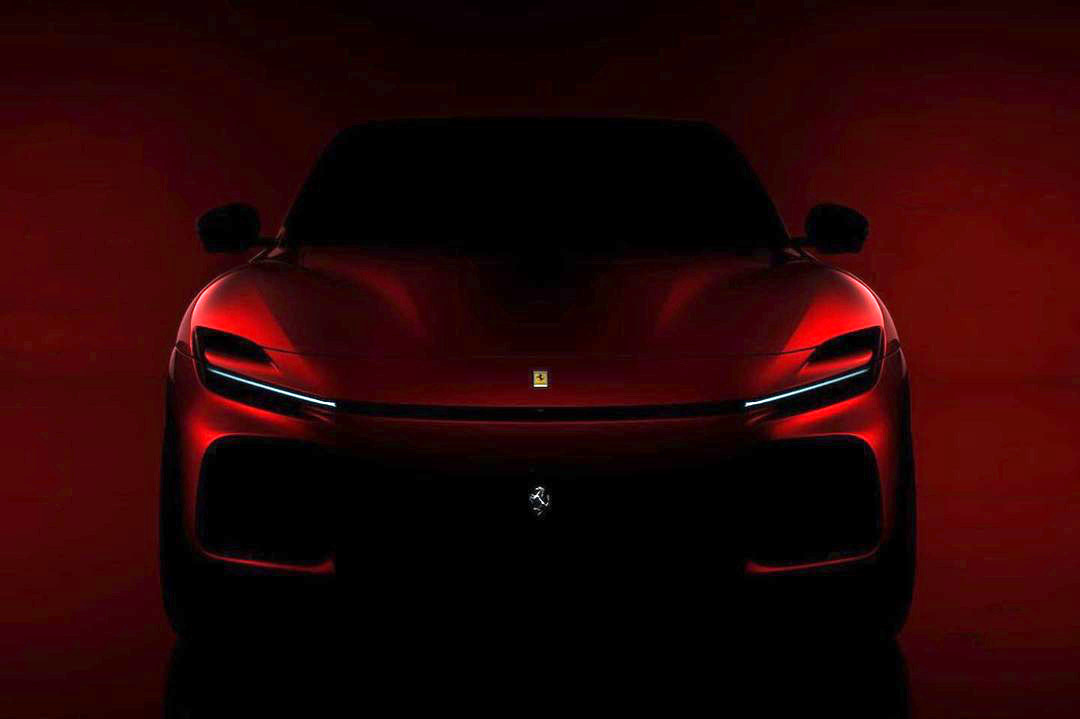 After years of waiting and speculation, Ferrari has confirmed that its highly-anticipated Purosangue SUV will make its official debut in September with a fire-breathing V12 powertrain at its heart. Just don’t let them hear you calling it an SUV, because Ferrari prefers the term Ferrari Utility Vehicle, or FUV. 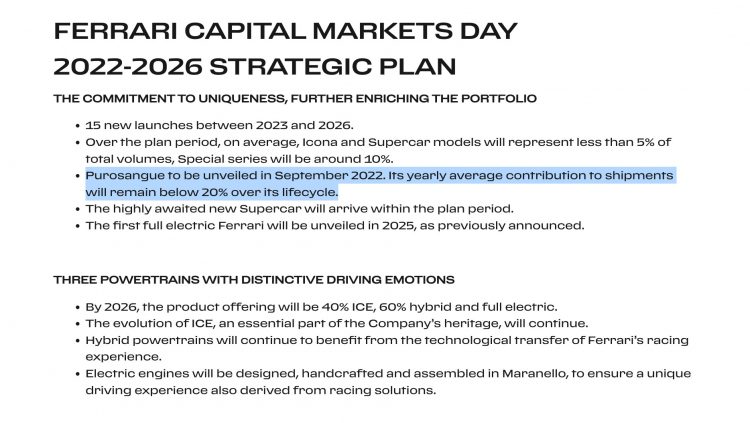 After first confirming its plans to compete against the likes of the Aston Martin DBX, the Bentley Bentayga, and the Lamborghini Urus in its Capital Markets Day event four years ago, Ferrari used the same event this year to confirm a September debut.

While little else is known about the Purosangue at this stage, Ferrari’s CEO, Benedetto Vigna said that “from our test drives in the hills around Maranello, I can tell you that it’s a true sports car, and unlike any other”.

He added that the Purosangue will be “100 per cent Ferrari” and that “it will meet and exceed all the demands of performance, innovation and design”.

In reference to the powertrain lineup, he confirmed that Ferrari has “tested several options” adding that “it was clear that the V12, for the performance and driving experience it could provide, was the right option for the market”.

Interestingly, Ferrari has said that in the short-term, it doesn’t want sales of the Purosangue to dominate its lineup, and says it will cap deliveries to just 20 per cent of its overall sales.

Considering just how impactful vehicles like the Bentely Bentagya, Rolls-Royce Cullinan, Aston Martin DBX and the Lamborghini Urus have been for each manufacturer, it seems unlikely that they’ll continue this production cap in the long-term. Even the Porsche Cayenne ended up being a hugely important model for the German sports car brand.

The same applies to the naturally-aspirated V12 powertrain which will likely be joined by smaller-capacity, hybrid – as potentially spotted in prototype form – and even pure electric powertrain options in the future to ensure it lives on.

Ferrari has already confirmed that by 2026, more than half of its lineup will feature a hybrid or battery-electric powertrain option, with 40 per cent receiving an internal combustion powertrain post 2026. 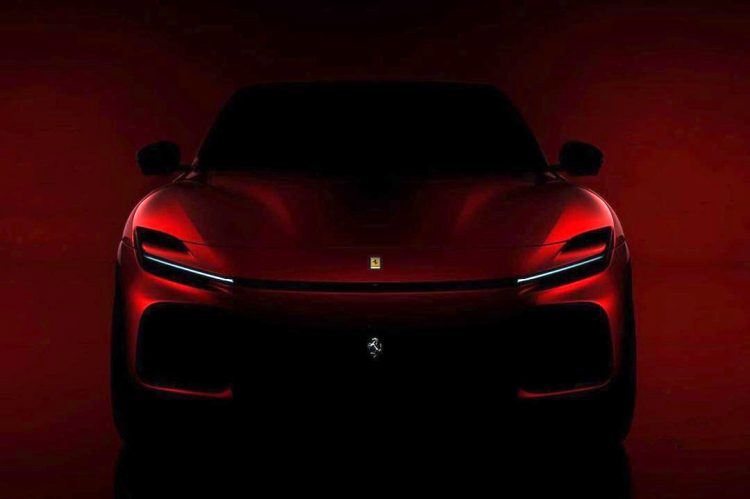 Ferrari says that the architecture underpinning its future models will be built on one of two new platforms; one for its mid-engined sports cars and the other for its front-engined grand tourers and the Purosangue SUV.

These are being designed to fit a mix of V12, V8 and V6 powertrains with plug-in hybrid assistance as Ferrari looks to meet the increasingly stringent requirements for emissions in prominent markets. Ferrari’s chief technical officer, Michael Leiters, said:

“In the function of different customer requirements, do we need space? Six or eight cylinders? A long wheelbase? We can offer V6, V8, V12, front or mid-engined, hybrid or not, two-wheel drive or four-wheel drive… we’re able to manage very easily and have a very low impact doing it.”

The Purosangue is expected to be one of the first Ferrari vehicles to receive a complete overhaul for the interior, with the company saying it wants to keep customers eyes on the road [and] hands on the wheel.

This will likely come in the form of a revised infotainment system, head-up display with features like augmented reality for the sat-nav, voice control elements and even the possibility of a redesigned steering wheel.

For now, though, this all remains speculation until the Purosangue makes it official debut in September.