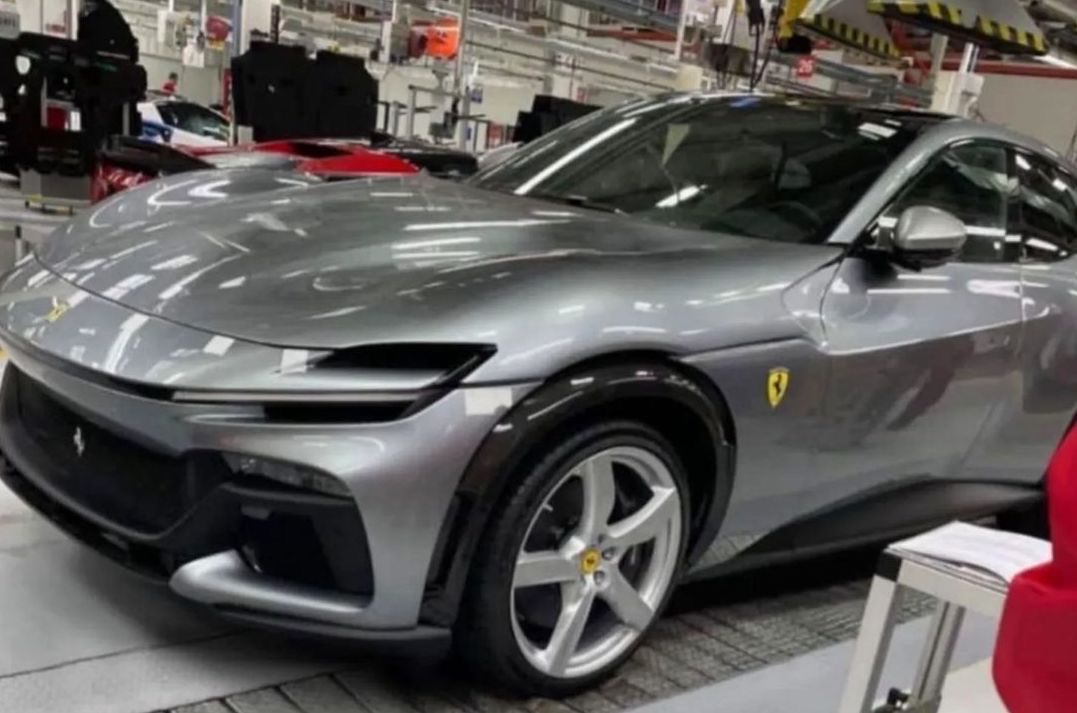 Images of the long-awaited Ferrari Purosangue have surfaced online ahead of production officially commencing later this year, revealing the design of the new SUV for the first time. 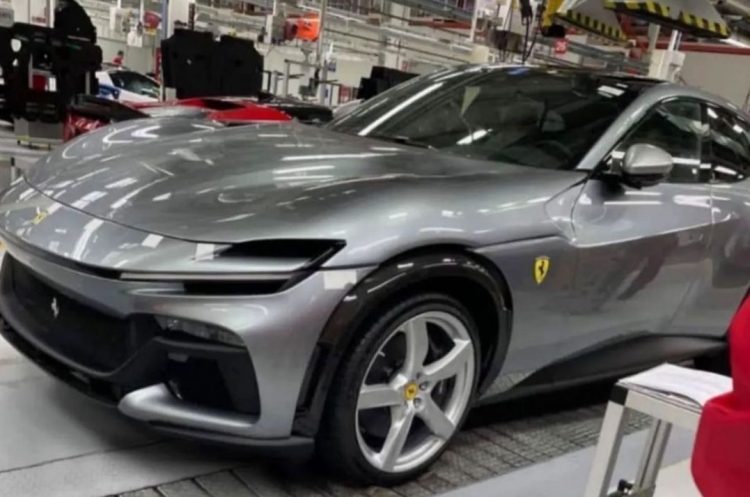 The images, finding their way onto Instagram, show an SUV-type vehicle in a factory wearing the iconic Ferrari badge on the front guards. You can also see evidence of a Ferrari-looking red supercar in the background. At the front we can see an interesting sunken headlight design with a daytime light striking through the middle, with a bonnet edge that looks quite similar to that of the Ferrari Roma.

Along the sides are deep cutaways in the sill area, with a large black skirt giving it a pinched-waist profile like a supercar. And in a first for a Ferrari vehicle the wheel arches get black surrounds for that traditional SUV/crossover character. Although Ferrari has refrained from calling it an SUV, it is clearly an SUV.

Around at the back you’ll find aggressive quad-outlet exhausts wrapped in a sporty diffuser with small fins. The entire diffuser section appears to be made from black plastic or carbon fibre, again, following SUV forms. The twin taillights go for a unique look for Ferrari, with a centre recess joining in the middle.

We still don’t know what will power the Purosangue, but speculations – and an earlier prototype spy video – suggest it will be offered with the company’s new 3.0-litre twin-turbo V6 plug-in hybrid, which debuted in the 296 GTB. In that the unit develops a combined 610kW, with 122kW from the electric motor and 488kW from the V6. 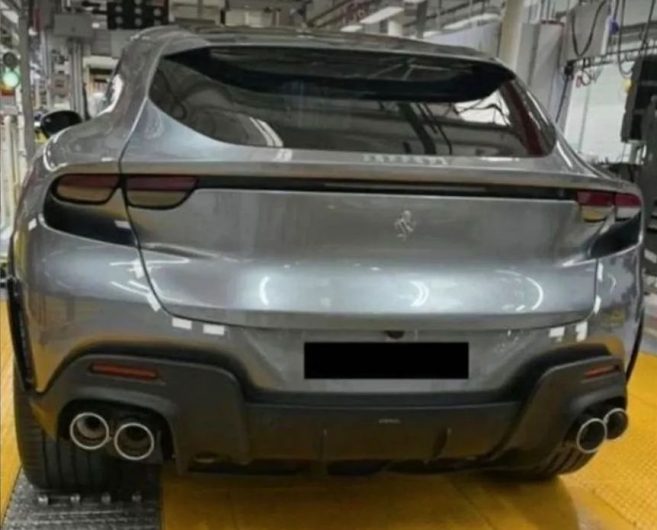 A twin-turbo V8 is also likely, perhaps from the F8 Tributo which develops 530kW, while there has also been rumours of a twin-turbo V12. Given the ever-tightening emissions regulations in place in various large markets, we get the feeling a V12 might be more of a dream than reality, but time will tell.

Ferrari said earlier this year it will commence production of the Purosange in 2022, with “deliveries starting in 2023”. Given these leaked photos appear to be at some kind of factory, we’re guessing it is one of the first examples to be built and it will probably be used for promotional photos and so on. An official unveiling could be just around the corner.