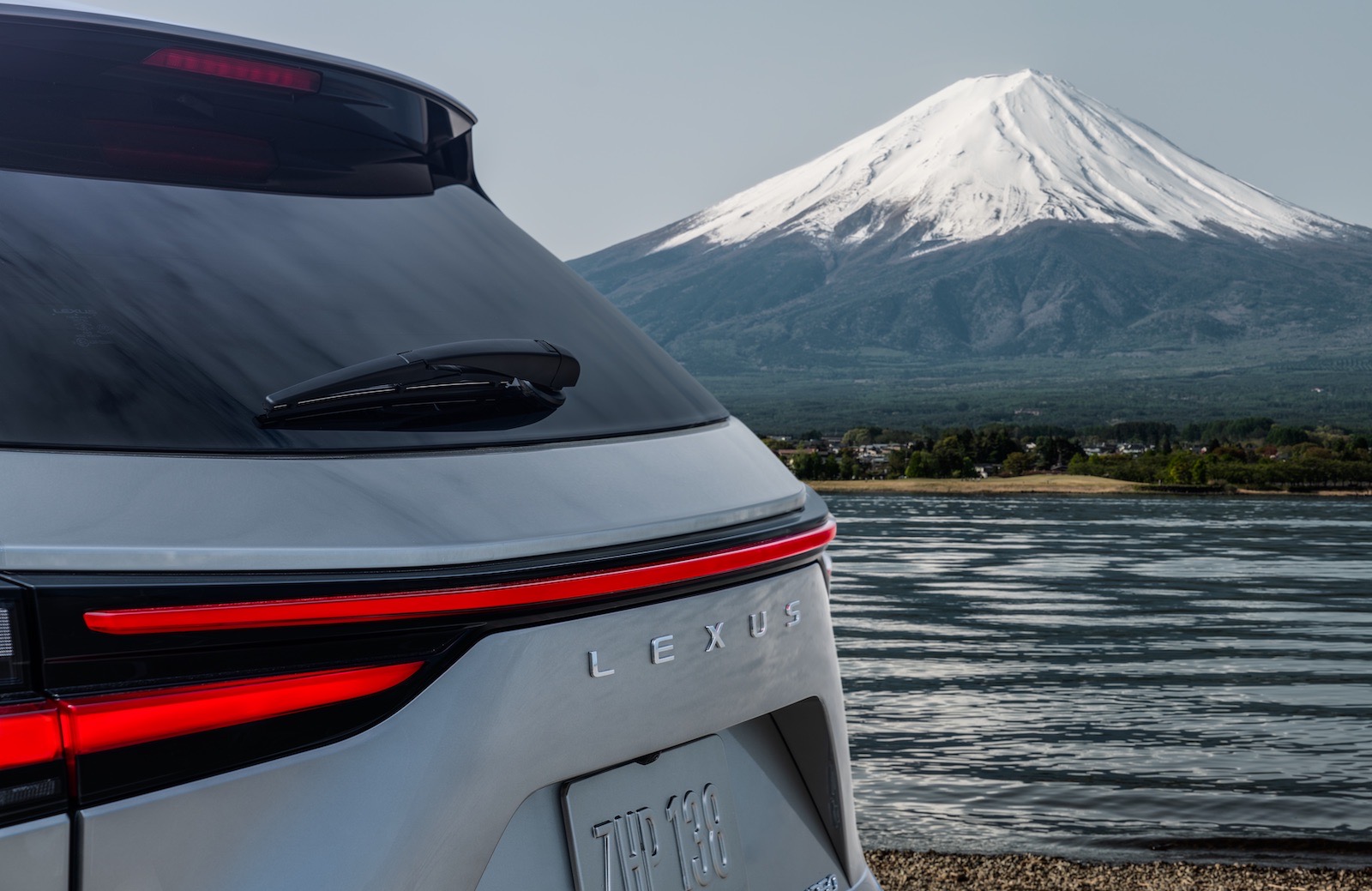 Lexus has sent out a teaser image previewing the all-new 2022 Lexus NX mid-size premium SUV, ahead of its official debut next week. 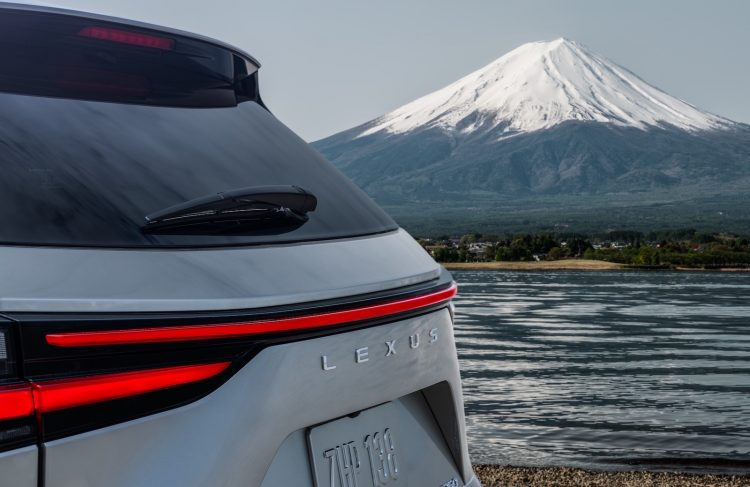 Unlike the current model, the next-gen version will switch to Toyota’s latest TNGA platform. This is a much more modern layout than the current platform which is based on the old RAV4. Speaking of which, the 2022 NX is set to adopt some fundamental components from the latest TNGA-based RAV4.

A highlight is expected to be the 2.5-litre four-cylinder petrol plug-in hybrid. In the RAV4 Prime (not sold in Australia) the system delivers up to 225kW of combined power and offers an electric-only range of around 63km. Toyota claims this model can conquer 0-100km/h in an impressive 6.3 seconds. 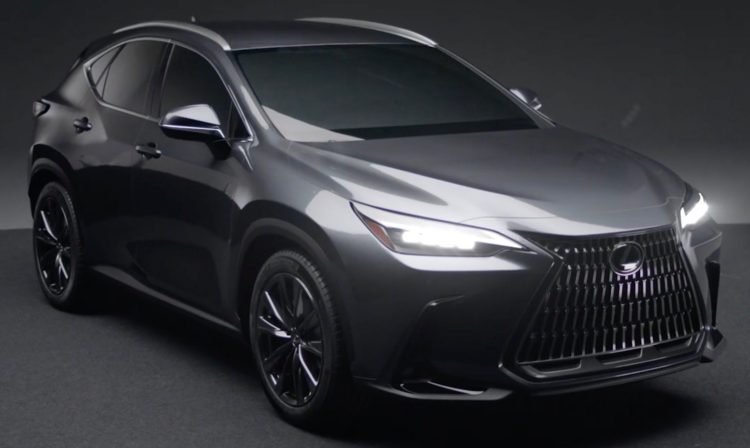 An earlier leak of the 2022 NX (dark grey car, above and below) seemed to be confirm some new badges, including NX 350h and NX 450h+. The former is set to include the RAV4’s regular hybrid system, incorporating a 2.5-litre petrol and electric motor assist, combining to produce 163kW in AWD form. The NX 450h+ is likely to be reserved for the more powerful plug-in hybrid setup.

At the entry end of the range is set to be the NX 200. The current model, sold in select markets only, uses a 2.0-litre petrol to produce 112kW. There is a big chance this unit will be upgraded to the 126kW tune as seen in the UX 200. Again, this could be sold in specific markets only. 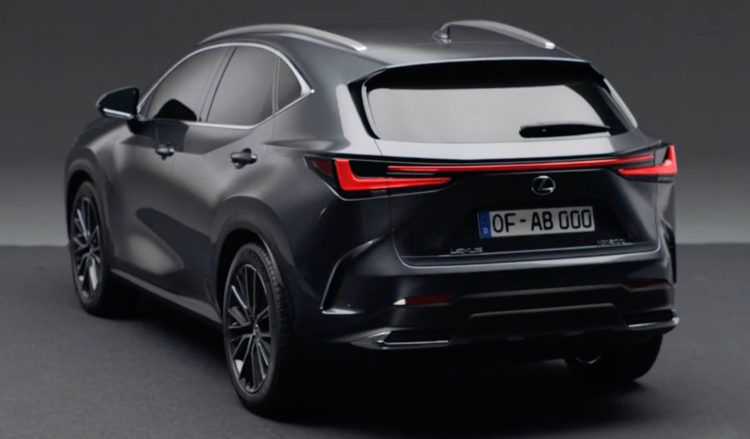 The leaked photos also revealed quite a stunning interior. Everything from the centre console and dash appears to be completely overhauled, with a big touch-screen mounted more ergonomically on the dash and skewed toward the driver. There’s also a tidier console with dual cup holders and more room for a mobile phone and so on.

Lastly, the exterior design. As this single teaser image confirms (top), the 2022 NX will switch to a full-width taillight theme as seen on so many other new model vehicles out there, including the UX. At the front though the headlights go for a slimmer look, with a fuller lower intake system helping to bolster its presence on the road. The side profile appears to be fairly similar, although, we’re sure there will be some pretty significant dimension changes.

Lexus says all will be revealed on June 12, at 1pm (AEST). It will coincide with a digital press conference. Market entry in Australia is expected to take place later this year. 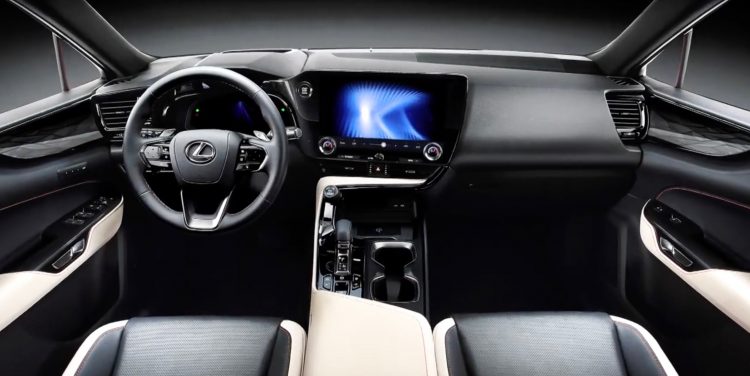