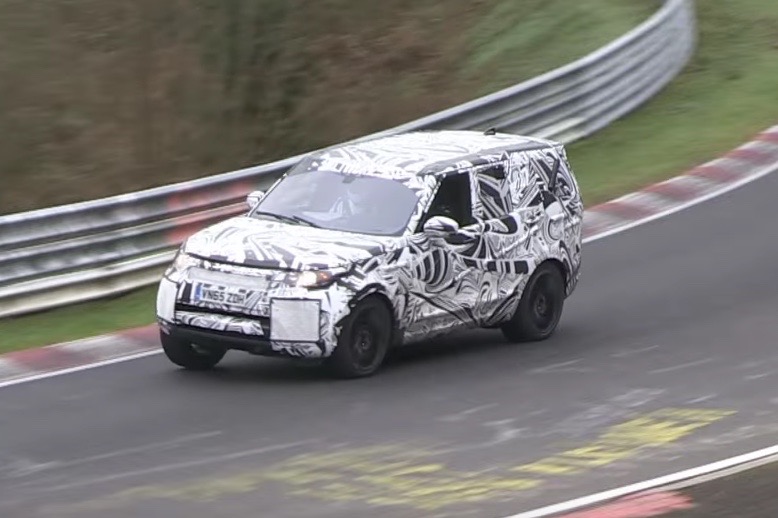 Land Rover has been spotted test driving a prototype version of the next-gen Discovery, out on the Nurburgring of all places. This will be the first big generation step since the Discovery 4 was introduced back in 2009. 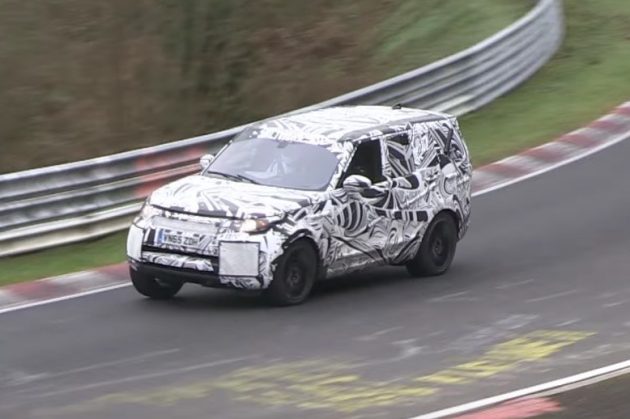 Unlike the last two generations, back to the Disco 3 which used an Integrated Body Frame (IBF) structure, the all-new model is expected to be underpinned by a fresh platform mostly constructed from aluminium.

Like the current Range Rover series dropped as much as 400kg switching to an aluminium-intensive platform, the new Discovery is likely to see some hefty weight loss as well. This will help with efficiency and all areas of driving dynamics.

Judging by this video, it looks like Land Rover is taking the platform testing quite seriously. The test driver is hammering the prototype around the notoriously punishing track, obviously looking to uncover any hiccups and to put the major components under extreme pressure – not to mention the poor tyres.

Despite being tested on the track, like the previous model was, the new Discovery is set to carry over its long-standing tradition for being a rugged and well-sorted off-road vehicle.

Although not as rugged as the Defender and its upcoming successor, the Discovery will fall under the company’s new ‘leisure’ vehicle philosophy, like the smaller Discovery Sport. This leaves the next Defender to be responsible for the proper off-road stuff, while Range Rover models cover the luxury side of things.

In terms of the design, the new model will follow in the footsteps of the Disco Sport, showcasing rounder edges than the current model, along with a more sporty profile. We can turn the Discovery Concept car for a pretty good indication of its overall proportions and design.

Inside, it’s set to be even roomier than now, with seven seats and an adjustable middle row. The current Discovery is one of the last model lines not to use Jaguar Land Rover’s latest dash fascia and interface design. This will change with the new model, with speak of gesture control coming in for the first time and a more advanced touch-screen interface.

Market entry for the new model is expected to take place towards the end of this year, with an unveiling likely taking place a bit sooner. Click play below for a preview.