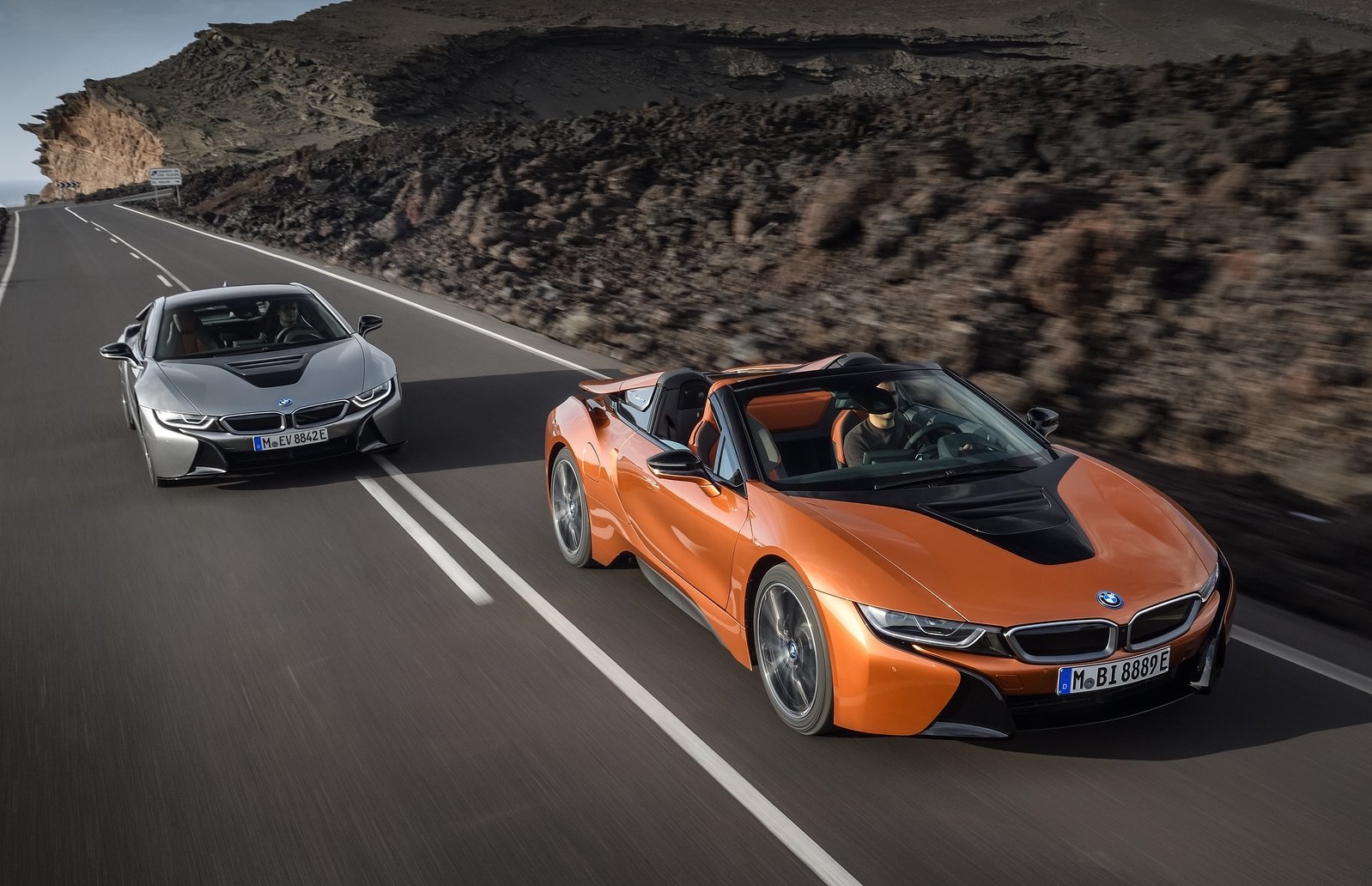 If you’re after a crowd-stopping, fast and very fuel efficient sports car you might be interested to hear BMW Australia is introducing the new i8 Roadster, while also applying some LCI (Life Cycle Impulse) updates to the coupe. 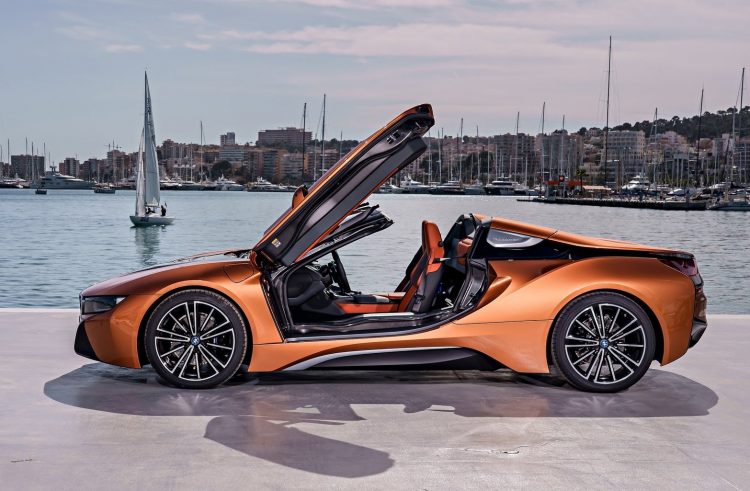 Thanks to some enhancements to the eDrive energy management system, the high-voltage battery’s storage capacity is increased by 70 per cent to 11.6kWh. This increases output by 9kW to 105kW for the electric motor. The electric range is also increased from 37km to 55km.

Combined with a 1.5-litre turbo-petrol three-cylinder engine that produces 170kW and 320Nm alone, the i8 provides a combined output of 275kW add 570Nm (up from 265kW). Translated into forward thrust, it sees 0-100km/h done and dusted in 4.4 seconds in the coupe, and 4.6 seconds in the new roadster. Even with the impressive performance, the average fuel consumption is rated at just 2.2L/100km for the coupe and 2.4L/100km for the roadster.

New to the i8 is the availability of the convertible roadster version. This comes with the facelifted design also applied to the latest coupe, but it features a soft-top roof that can be lowered or raised at the touch of a button. It takes around 15 seconds to operate, and it can be performed at speeds no higher than 50km/h. 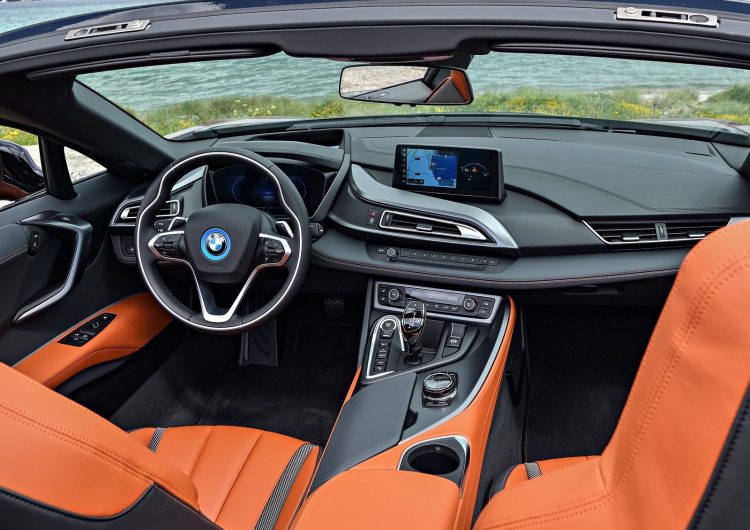 Also unique to the i8 Roadster is the Travel Package. It includes unique electric seats with additional memory functions, along with a storage compartment with a Nappa leather map carrier and embossed i8 identifier. There’s also a unique storage area with separating sections providing 92 litres of space.

Inside, passengers are treated to a 10.25-inch colour display with the latest iDrive infotainment with tile-style apps, along with an 11-speaker Harman/Kardon sound system with digital radio. Most of the fixtures and furniture are sculpted to match the strikingly futuristic exterior design. Speaking about the new lineup, BMW Australia CEO Marc Werner said:

“The BMW i8 hybrid sports car has justifiably served as a futuristic halo for the BMW brand since its 2014 introduction. With the latest updates, including the debut of the incredible i8 Roadster, BMW i is again trailblazing. With increased power and storage capacity, it’s the best of both worlds. The BMW i8 Roadster delivers the open sports car experience with zero-emission capability. And it looks truly stunning.”

Interested buyers can head to their nearest BMW dealer and place an order now. Prices start from the following (excluding on-road costs):