Lexus has done it again. For the second year in a row, the highly regarded J.D. Power Vehicle Dependability Study has put the luxury Japanese brand at the top. 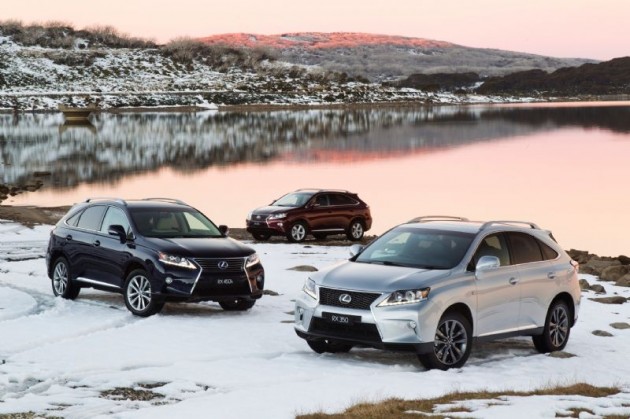 The survey was undertaken by consumers who own a 2010 model vehicle and have lived with it for the past three years. Each problem users experience is recorded, and a total problems per 100 vehicles (PP100) rating is given. For Lexus, the score was 71 PP100, which is an improvement on last year’s 86PP10.

More specifically, and significantly, the Lexus RX recorded the least problems out of any vehicle in the study. This is the first time an SUV has achieved such a standout in the study’s 24-year history.

“This year’s J.D. Power results are confirmation of Lexus’ commitment to building the highest quality luxury vehicles in the world, but they are also an indication of the positive long-term ownership experience Lexus buyers enjoy.” 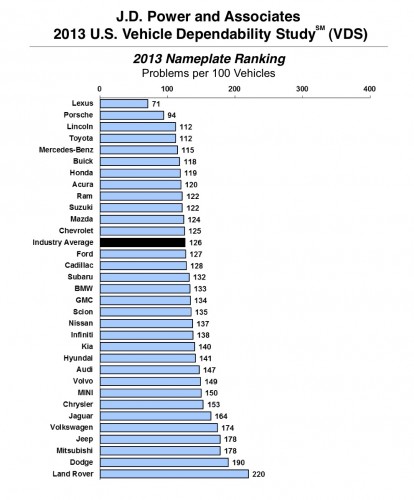 Sitting in second place was German sports car manufacturer Porsche. The company recorded a score of 94PP100. It was followed by US brand Lincoln and Lexus owner Toyota for third spot, both with a score of 112PP100.

This year’s survey was a good result overall, and an improvement of five per cent compared with 2012. It proves vehicles are getting better in terms of reliability. The overall industry average for 2013 was 126PP100.