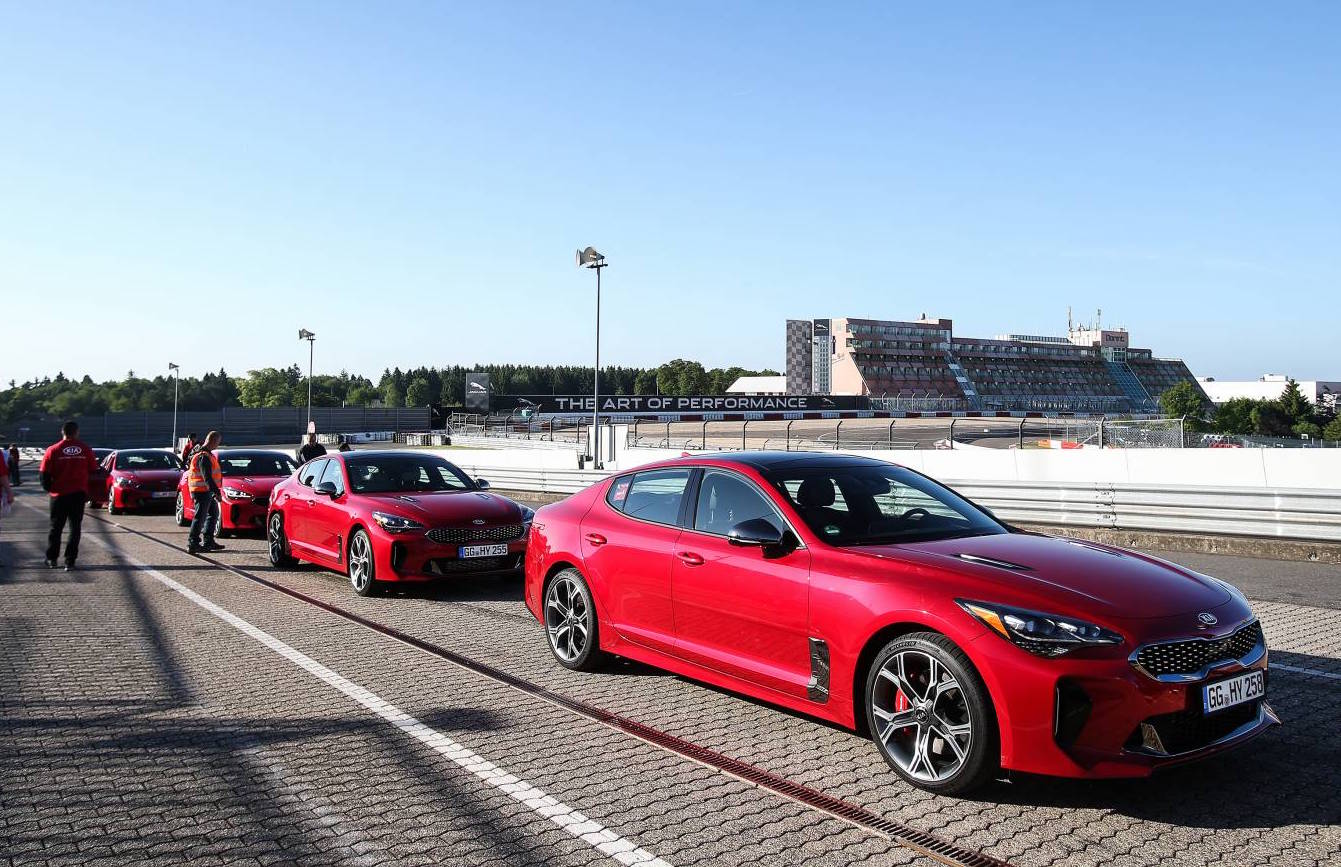 The highly-anticipated Kia Stinger has made its international launch at the Nurburgring in Germany, with select media from around the world given a first-steer of pre-production models ahead of the car’s market arrival in the fourth quarter of this year. 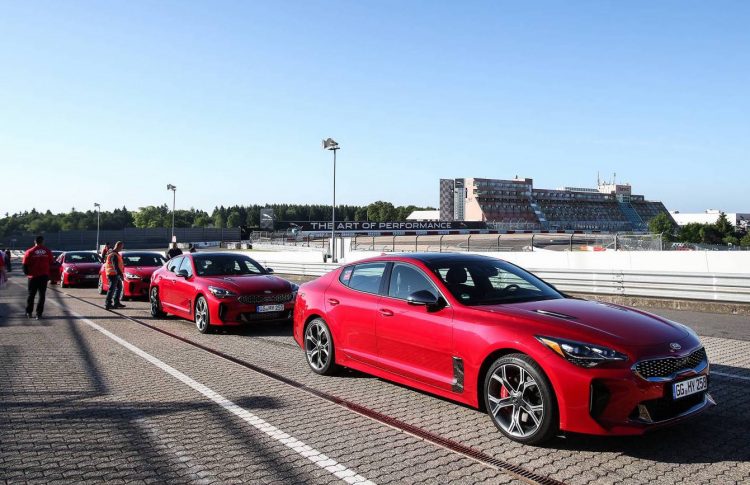 As you’ve probably heard, the Stinger comes in as Kia’s most powerful, fastest, and quickest production car it has ever made. It was designed in Frankfurt, drawing inspiration from the Kia GT Concept, and was developed and perfected at the Nurburgring.

All variants use an eight-speed automatic transmission fitted with its own oil cooler, with either all- or rear-wheel drive power delivery (depending on market region).

For the validation program, engineers put the Stinger to the test with 480s laps of the Nurburgring, resulting in around 10,000km of track testing. Testing was also carried out in various places around the world, in real-world driving conditions. Overall, around 1.1 million kilometres of testing has been carried out to hone the new sedan.

Drivers will be offered with a unique Drive Mode Selector system, presented with two suspension levels via a Dynamic Stability Damping Control technology. This is fitted as standard to the V6 model, offering Normal and Sport modes for the driver. The four-cylinder models feature a single-mode setup that was developed along side the DSDC system.

Kia says the result is a similar driving character between the rear- and all-wheel drive models, offering a rear-biased power delivery feel. The Stinger also uses a rack-mounted power steering system called R-MDPS, which offers two driving modes. These not only change the amount of effort required, they also tie in with variable steering ratios.

In Europe the drive mode select system also provides different levels of engine noise in the cabin, with Normal, Sport and Sport+ in Europe, and Custom in US and other countries. According to reports, Australia will also get a bi-modal exhaust option.

Prices are still yet to be confirmed in Australia. However, various speculations and inside info that has grown on the web suggests a mid-$40k entry price and around $55,000 for the top V6 variant. Production commences in the second half of this year followed by showroom entry in the fourth quarter.