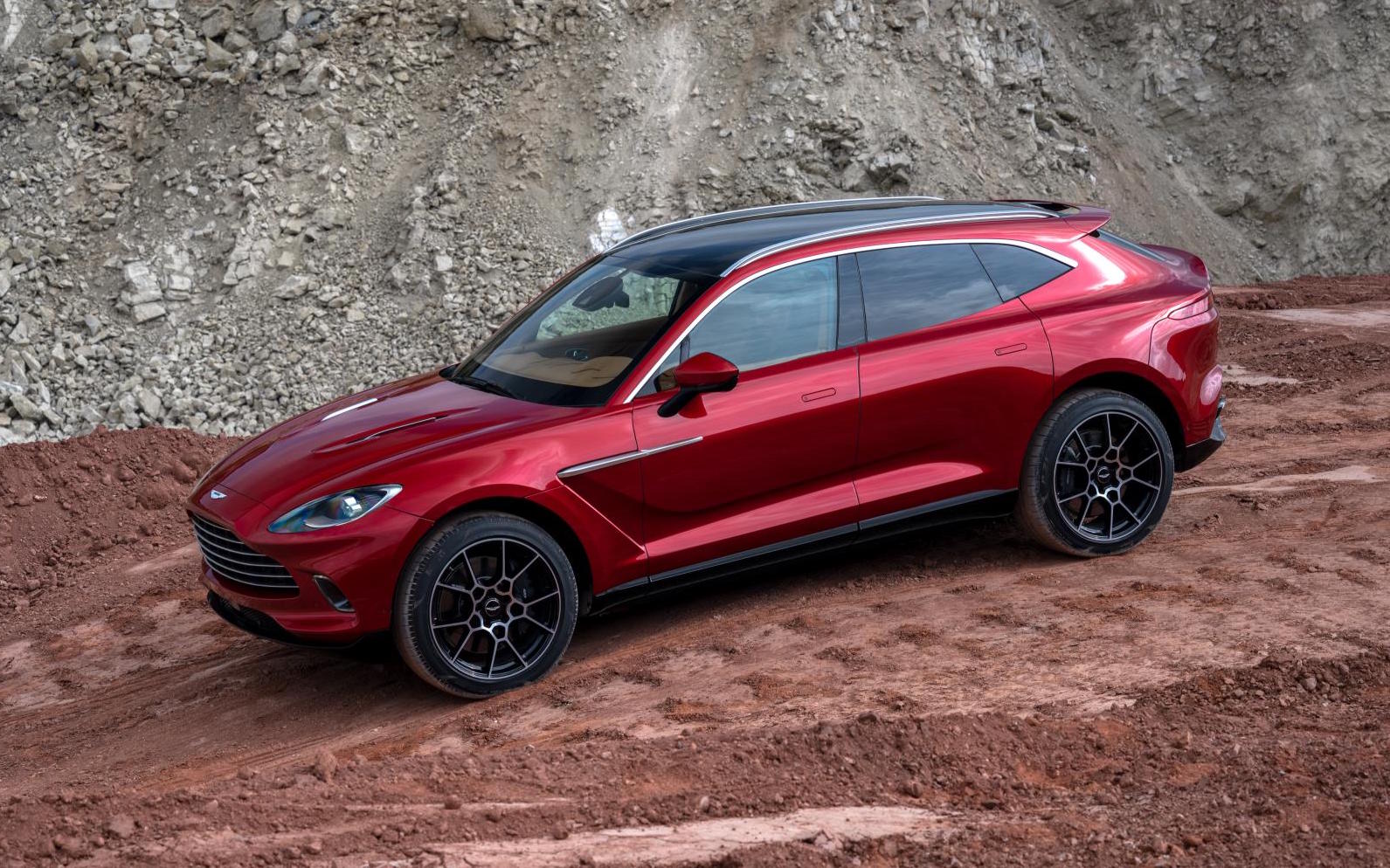 Say hello to the first-ever Aston Martin SUV, the DBX. The company is describing it as an SUV with the soul of a sports car. It comes in as one of the quickest and most prestigious SUVs on the market. 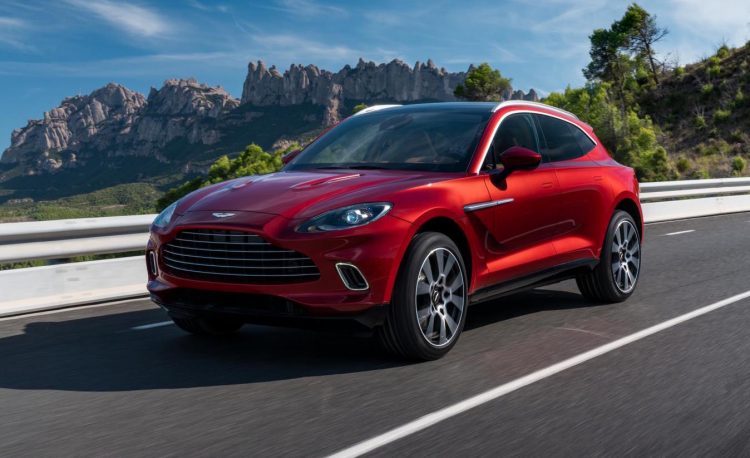 Plenty of details and specs have already been confirmed for the DBX, but this is the first time we get a proper look at the beast. From the front you can easily spot the Aston Martin genes, with the famous crest grille supported by swept-back headlights and a long, vented bonnet.

Down the sides you’ll also spot the trademark gills on the front guards, overlapping to the front doors, with confidently swelling rear wheel arches like on its legendary sports cars. From the side profile, the DBX takes the shape of a traditional SUV, with a wagon-like silhouette enhanced by a sharply-pointed rear quarter window and D-pillar.

Around at the back is the now-trending full-width taillight design, but with an Aston Martin spin. The light rises up in the middle with the integrated rear spoiler, like on the latest Vantage. It’s probably just us but the panel below the Aston Martin badge looks strangely flat and plain, perhaps to give off the impression of a fastback coupe. 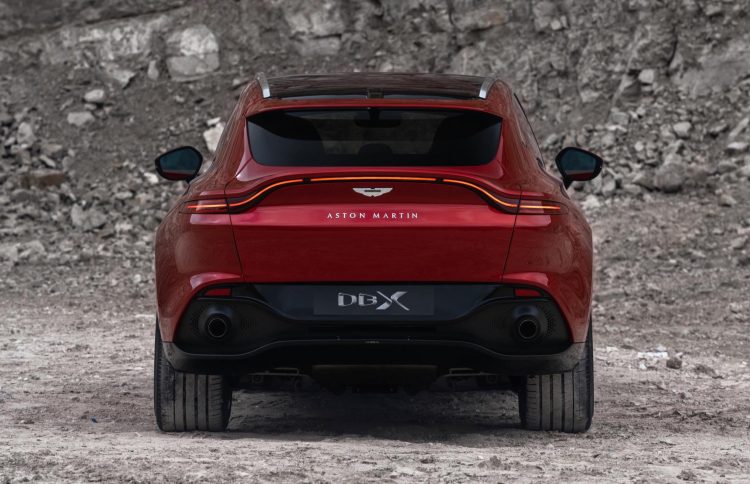 So, the numbers. Under the bonnet is a Mercedes-AMG-derived 4.0-litre twin-turbo V8 that belts out 405kW (550PS) and 700Nm. This is sent through a nine-speed torque-converter automatic transmission and all-wheel drive system, with an active centre differential and electronic-type limited-slip diff for the rear axle.

Across the tarmac the SUV beauty can cover 0-100km/h in a claimed 4.5 seconds, making it one of the quickest combustion-engined SUVs on the market. Keep it pinned and you’ll reach a top speed of 291km/h. At this top speed, it doesn’t take the record for a production SUV. That remains in the hands of the Bentley Bentayga Speed, which can hit 305.6km/h. But it’s close.

To help with cornering the DBX features adaptive triple-volume air suspension running on the 48V electrical system. Drivers can raise the ride height by 45m or lower it by 50mm. The suspension is also capable of providing up to 1400Nm of anti-roll force per axle during hard cornering, helping to increase cornering speed and agility. 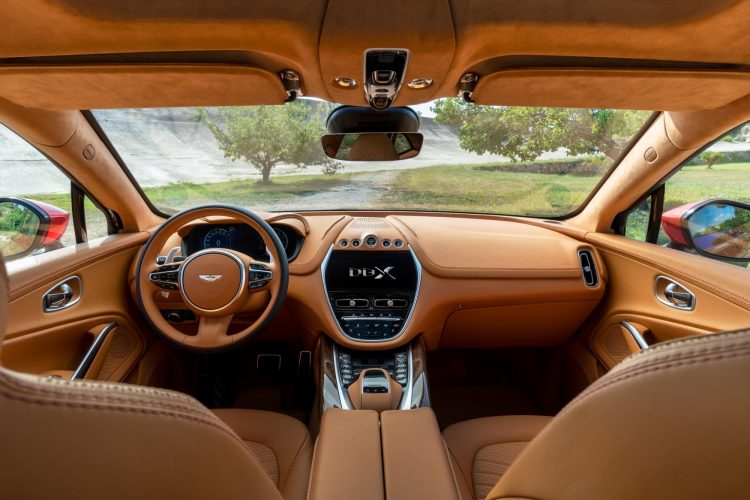 As for the interior, the DBX is a proper five-seat SUV. The seating is very versatile, with 40:20:40 split-folding rear seats. Up front is a clean and clutter-free dash fascia housing a 10.25-inch touch-screen, while the driver views a 12.3-inch TFT screen for the instrument cluster. Apple CarPlay comes as standard but there’s no mention of Android Auto.

Of course, all of the main fixtures and surfaces are covered in high-quality materials, such as leather from Bridge of Weir, and Alcantara available for the headliner and electric roof blind. This all sounds very luxurious, but what about the practicality, you say? In the back you’ll find a generous 632-litre boot. 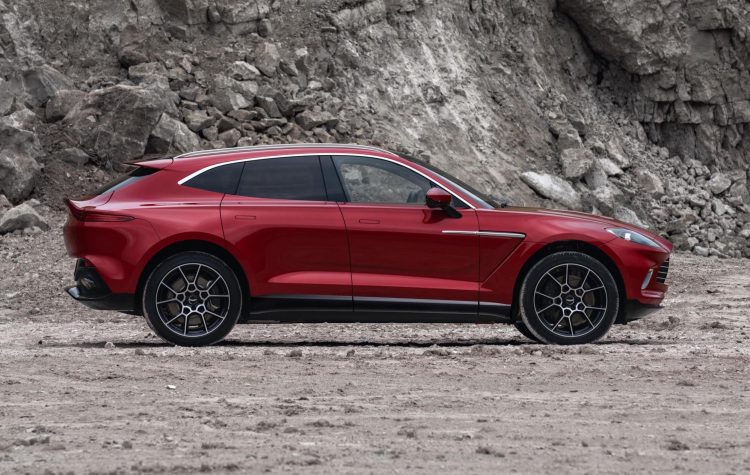 This is a big milestone for Aston Martin as it is the first time the company has built a vehicle with sheer practicality and all-terrain capability in mind. It comes at the perfect time too, right as demand for SUVs is higher than ever. Speaking about the new model, company president and CEO Dr Andy Palmer said:

“I can’t emphasise enough how incredibly exciting and significant DBX is for Aston Martin. Through its development alone, this beautiful SUV has already taken the company into new territories and in inspiring directions. DBX also marks a key moment in the delivery of the third and final phase of our Second Century Plan, not only representing the promised expansion of our portfolio but also signaling the start of production at Aston Martin’s second manufacturing plant.”

The Aston Martin DBX will be produced at, as Palmer said, the new St Athan factory in Wales, UK. Prices in Australia start from $357,000 (excluding on-road costs), with the first local deliveries to commence rolling in from the middle of 2020.