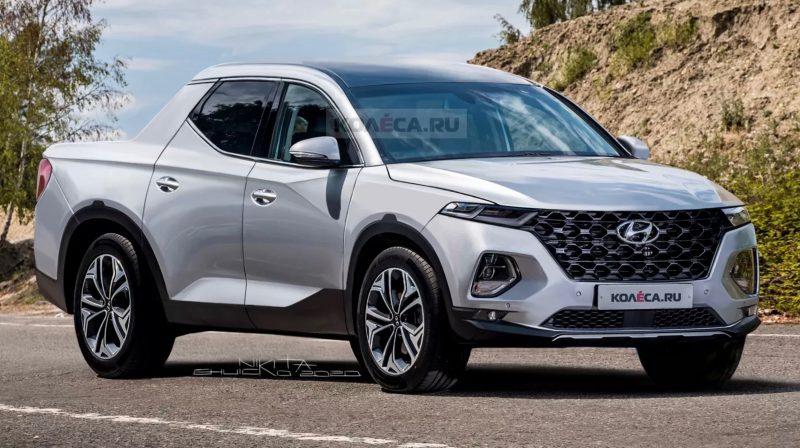 Some intriguing renderings of the Hyundai Santa Cruz pickup/dual-cab ute have surfaced online, potentially providing the best indication yet on what the new model will look like. 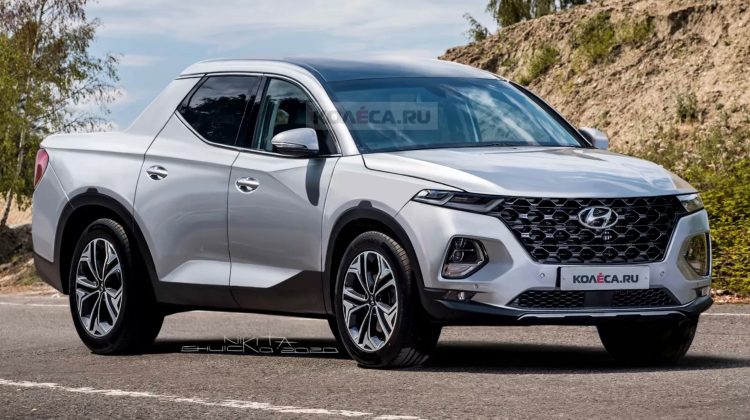 The renderings were conjured up by Russian website Kolesa, and they appear to be inspired by a number of little previews and snippets that have surfaced over the past year or so. They also take some direction from the official Santa Cruz concept car from 2015.

It’s understood the pickup has been given an internal codename NX4 OB. The interesting part of that is Hyundai has given the upcoming Tucson the codename NX4. Although Hyundai is yet to officially confirm it, all signs suggest the pickup will be loosely based on the next Tucson.

Spy photos showing prototypes and test mules certainly indicate that, and Hyundai has confirmed it will be producing the ute at its Alabama plant in the US, likely alongside the NX4 Tucson. The pickup is expected to share some external dimensions and some design traits, too.

These renderings incorporate the new-look front grille and headlights that are expected on the upcoming Tucson, based on prototypes that have been spotted out and about. The renderings also include the crossed panel creases on the front doors, similar to what we saw on the Vision T concept which was unveiled as a precursor and preview for the next Tucson. 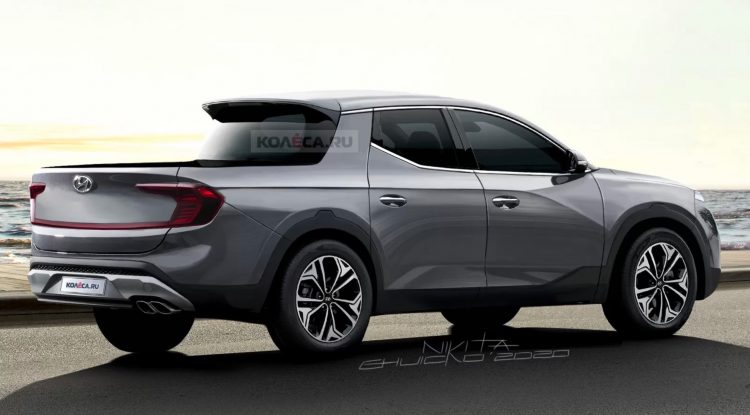 If all of this is true and the pickup is being based on the next Tucson, it instantly gives you some idea of what the vehicle will be about. It means it won’t be a super heavy-duty American-style pickup truck and won’t be a heavy-duty diesel-only dual-cab ute like the HiLux, for example.

Instead, Hyundai might be looking to craft a new sub-segment by offering a dual-cab body layout with a decent-size tray in the back, but with the practicality, comfort, and driving dynamics of a mid-size SUV. After all, the mid-size SUV class is one of the most popular vehicle categories out there. In a statement, Hyundai said:

“Santa Cruz is for those who want all the traditional attributes of a compact utility vehicle, but need the day-to-day versatility of an open bed. It’s the crossover that creates a whole new segment that successfully combines capability and utility to meet the unspoken needs of a new generation of buyers, especially Millennials.”

No details on the powertrain options or weight capacities or anything like that have been discovered as yet. Some reports suggest Hyundai might fit its new 2.5-litre Smartstream turbo-petrol four-cylinder, which produces around 220kW. A hybrid option will also be on the cards given that Hyundai has already confirmed the NX4 Tucson will be offered with hybrid power. There’s also the new 205kW/589Nm 3.0-litre turbo-diesel inline-six that debuted in the Genesis GV80 that might be considered, at least for some markets. 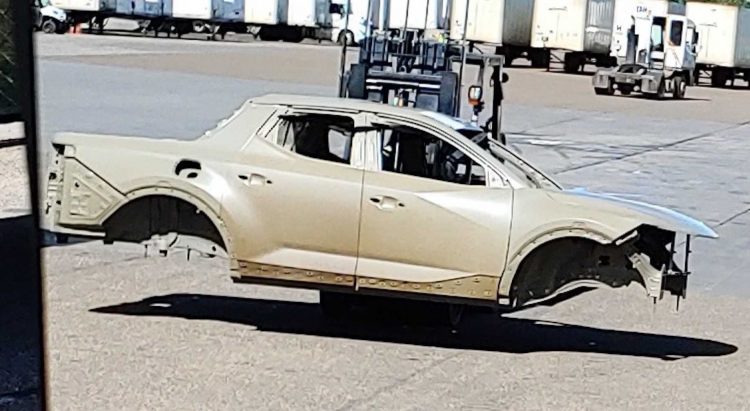 In related news, an image has been circulating over the past couple of weeks (above) that shows a forklift carting around some kind of dual-cab body shell. On closer inspection it seems it might actually be a body shell for the upcoming pickup. And again, these renderings show plenty of resemblance.

More details on the pickup are expected to be handed out in the coming months, with a reveal reportedly planned for late this year. The name Santa Cruz will probably carry over from the concept to the production version.