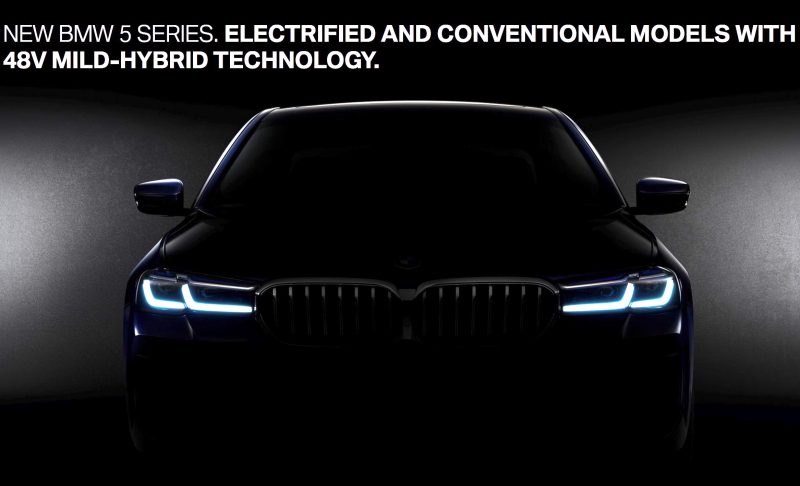 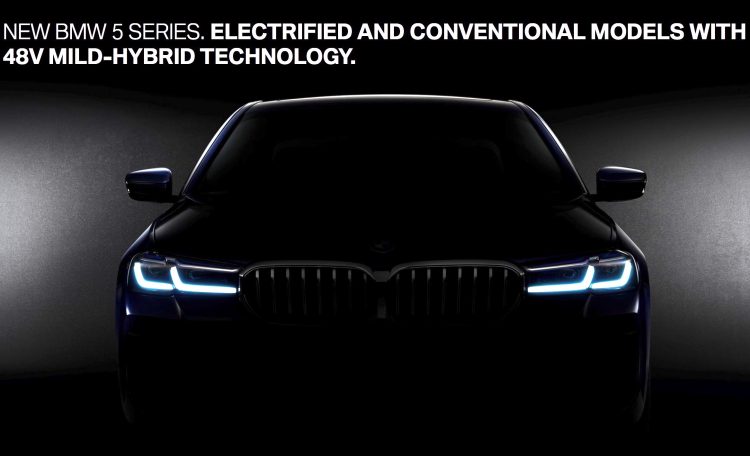 The company revealed the teaser during its General Meeting presentation, showing a dark and shadowy image of the front end of the upcoming 5 Series. Not much detail is revealed in the image aside from the revised headlights, which feature longer and wider daytime running lights and slimmer overall housings compared with the outgoing model.

You can also just see the updated kidney grilles at the front which are also wider and more prominent as part of BMW’s latest design trend. As we saw with the leaked images BMW has also prepared some refreshed taillights which look more like the latest G20 3 Series lights.

Some new wheel options are also on the way, as well as minor trimming changes for the bumper bars and for the M Sport pack, and there’s word there could be three new exterior colour options in store. Only minor changes are set to be introduced for the interior, mainly focusing on technology.

As for the powertrains, well, BMW confirms the 2021 5 Series LCI facelift will feature a range of options including electrified setups, while introducing 48-volt mild hybrid technology for most variants. Reports suggest there could be a powerful new ‘545e’ badge, sitting above the existing 530e hybrid. In a statement that accompanies this latest teaser, BMW said:

“In just under two weeks, we will present the new BMW 5 Series. Both the sedan and the touring will also be available as electrified versions. We are using our 48-volt mild hybrid technology in nearly all conventional models – saving up to nine grams of CO2 per kilometre.”

So there you have it. We will know a lot more information in under two weeks. Sales in Australia are expected to commence later this year.