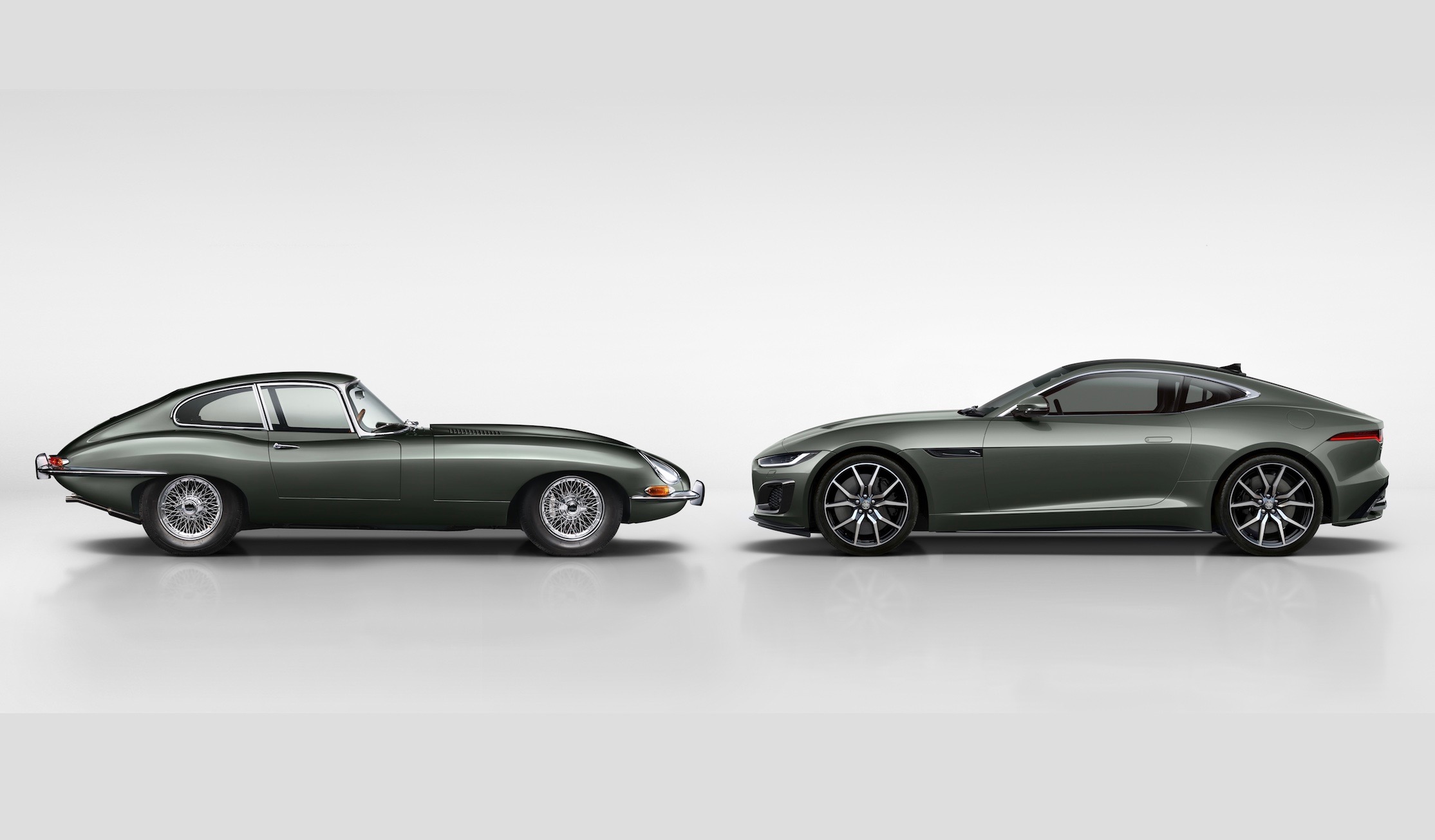 A special edition Jaguar F-Type has been announced based on the 2021 model, called the Heritage 60 Edition. It helps celebrate the 60th anniversary of the classic Jag E-type. 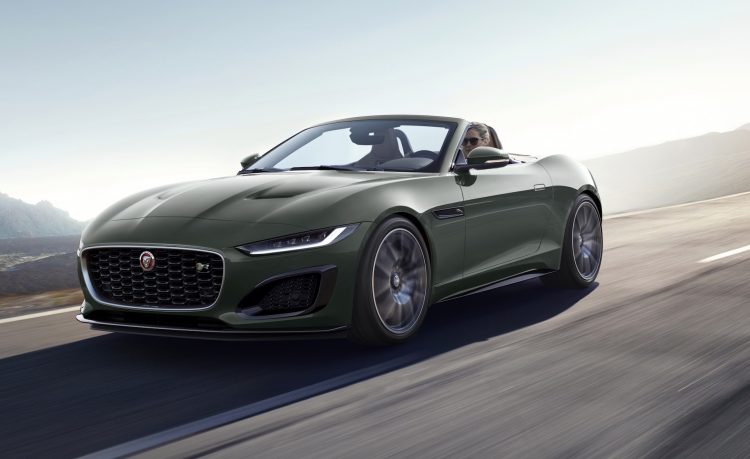 Featured exclusively in flat Sherwood Green paint, inspired by the original colour option for the E-type, the special edition is being made in coupe and convertible form. The green body is paired with gloss black highlights, including diamond-turned (machined face) 20-inch forged alloy wheels. A subtle chrome trim is applied to the front grille.

Inside, passengers are greeted with special two-tone Caraway and Ebony Windsor leather which is not normally available on the F-Type, while the centre console showcases a bespoke aluminium garnish inspired by the rear-view mirror housing on the E-type.

Special E-type 60th anniversary logos are embossed on the headrests, featured on the standard lightweight Performance seat option. There’s also a unique ‘one of sixty’ plaque and matching sill plates, and Caraway-edged carpet mats to complete the package.

It’s all been put together by the Special Vehicle Bespoke team, with, as you can probably guess, just 60 examples headed for production. Five of those have been secured for the Australian market. Speaking about the special edition, Mark Turner, commercial director at Jaguar SV Bespoke, said:

“We’ve worked closely with Jaguar Design to develop a theme for the F-Type Heritage 60 Edition that pays homage to the E-type in a contemporary way. It’s testament to Jaguar’s sports car design lineage that the 1960s Sherwood Green colour looks as though it was designed for today’s F-Type.”

Under the bonnet is the flagship 5.0-litre supercharged V8 engine that belts out 423kW and 700Nm. This is connected up to an eight-speed automatic which feeds into an all-wheel drive system. Across the 0-100km/h sprint, Jaguar says the stunning sports car stops the clock in just 3.7 seconds.

Jaguar Australia says it is taking orders for the Heritage 60 Edition now (coupe only), with an indicative starting price of $330,000 (excluding on-road costs).