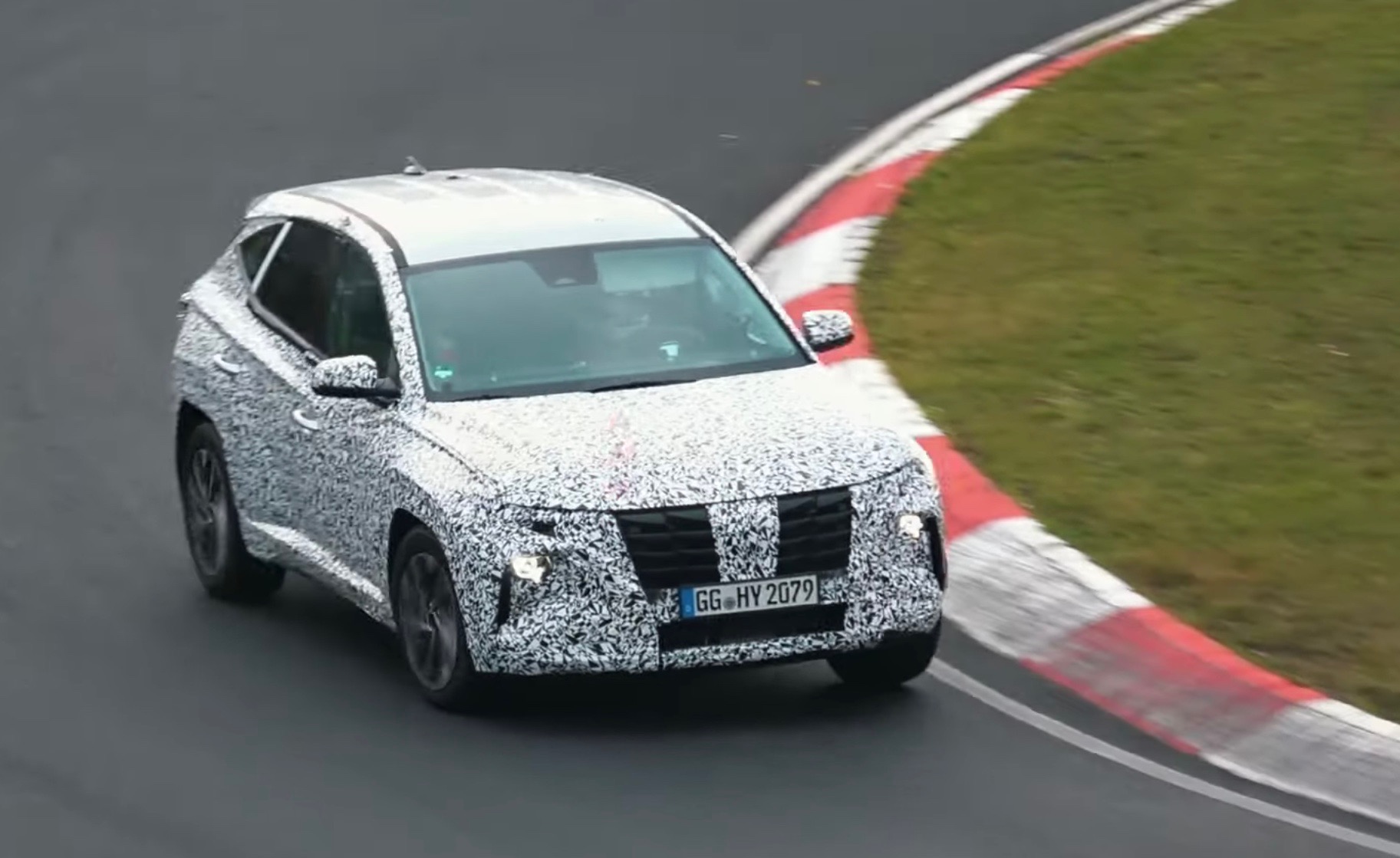 Hyundai has been spotted test driving a prototype version of the next-gen, 2021 Hyundai Tucson again. This time, engineers are using the Nurburgring to hone the SUV’s driving dynamics and suspension. The new model will be one of only a few non-German mid-size SUVs on the market to be developed at the notoriously punishing circuit. 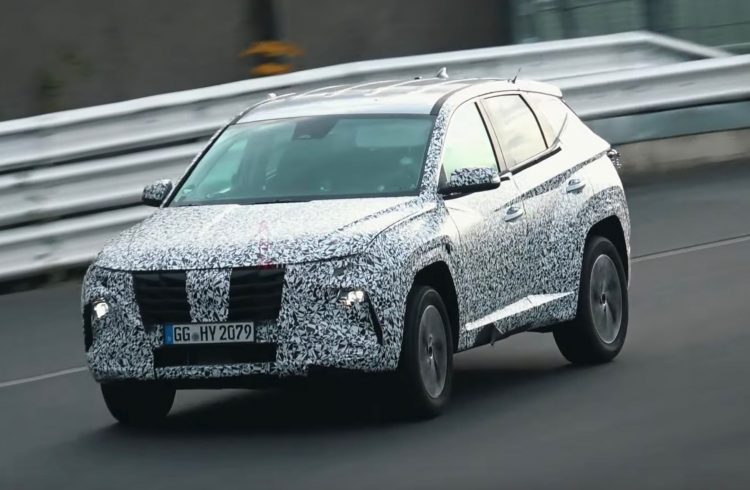 More of the design and shape of the 2021 Tucson is slowly being uncovered as prototypes evolve ever so much closer to their eventual production guise. This prototype appears to be wearing all of its production panels, giving us a decent taste of what to expect in terms of wheel arch contours and more detailed proportions than what we’ve seen previously.

At the front it’s obvious the next-gen Tucson will go with the split headlight design as first showcased on the Kona and then the latest Santa Fe. You can clearly see the main beams are located a bit lower down than usual, with the daytime running lights taking the conventional headlight position.

From the front you can also start to see the bonnet shape which stems from the new-look front grille. There appears to be new vertical-oriented side clusters in the front bumper bar, similar to what’s seen on the NEXO hydrogen fuel cell vehicle. And then along the sides the wheel arches and body lines seem more defined and sharper than on the current model.

We can’t really hear the engine powering this prototype, however, Hyundai is likely to introduce its new SmartStream G2.5 petrol to replace the current 122kW 2.0 GDi entry unit. It produces around 142kW in overseas Hyundai models. There has also been talk of a circa-210kW turbocharged version of the 2.5 coming in to replace Hyundai’s 2.0-litre turbo. Although, the 180kW 2.0T engine has never been offered for the Tucson, only the local Sonata. So this might unfortunately miss the next Tucson – did someone say Tucson N? 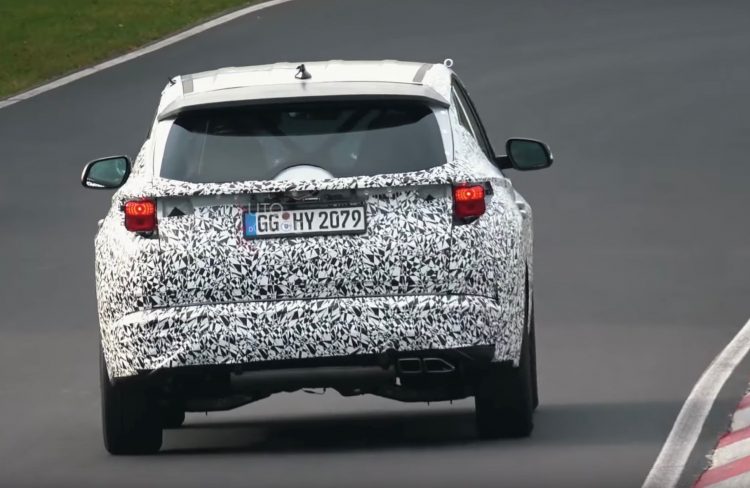 Instead, Hyundai might finally offer the full 150kW/265Nm version of its 1.6-litre turbo for the next-gen model. At the moment the engine is capped at 130kW and 265Nm for the Tucson, but the company did recently introduce some revisions to the unit for the new Veloster. Power in that remains at 150kW, but there is now an overboost function that winds torque up to 275Nm for short periods.

It looks like Hyundai engineers are taking testing quite seriously as the Nurburgring is usually the final place for testing and development. If you take a close look inside you’ll notice the cross-bars of a roll cage setup, which, again, is usually a sign of serious testing.

Check out the video below, provided by YouTube channel Automotive Mike, for a preview. A full debut isn’t expected until next year, although, a concept version might appear before the end of this year.