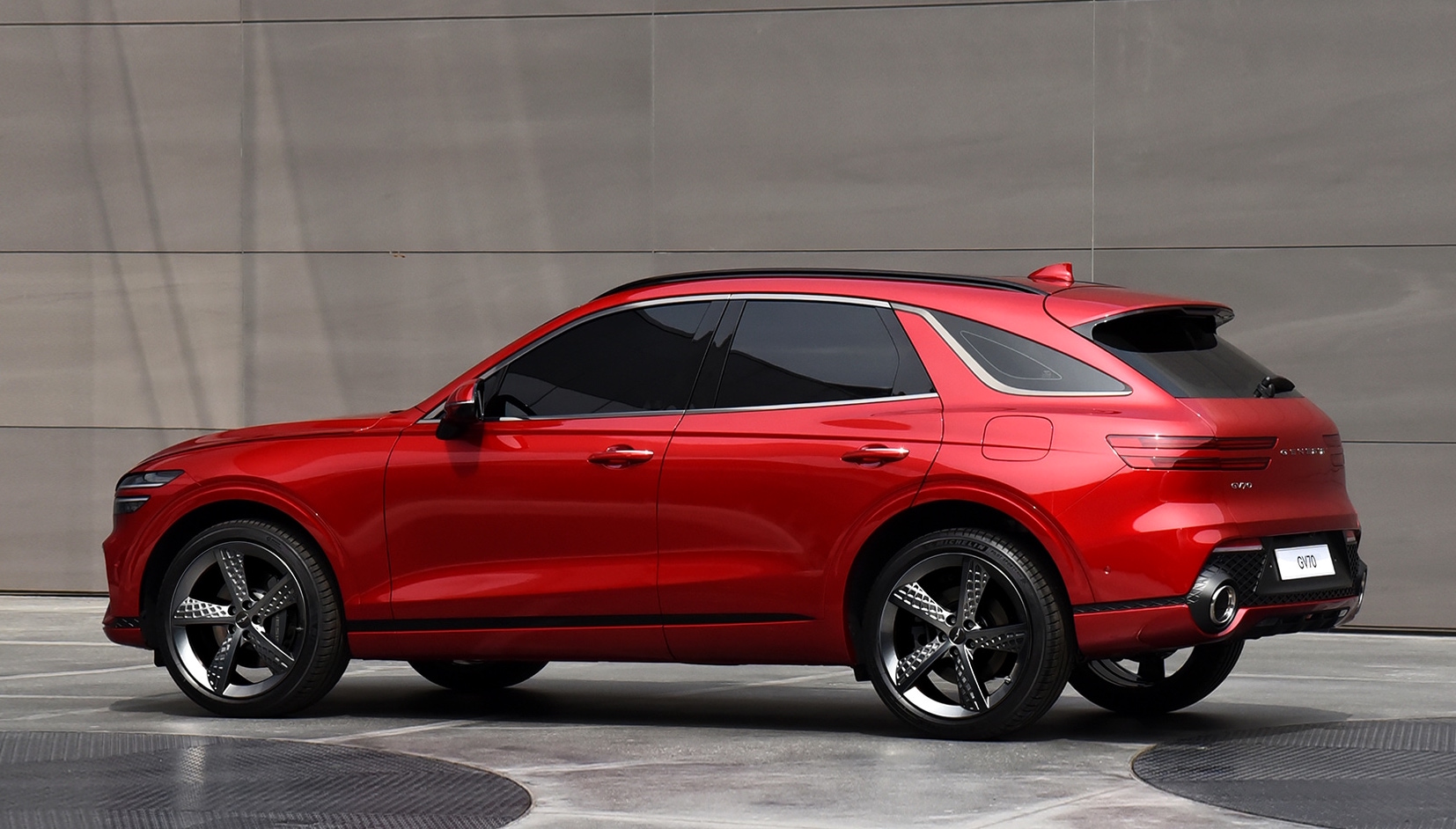 Genesis has sent out its first official images and initial details of the all-new GV70 mid-size SUV, which has been confirmed to go on sale in Australia next year. 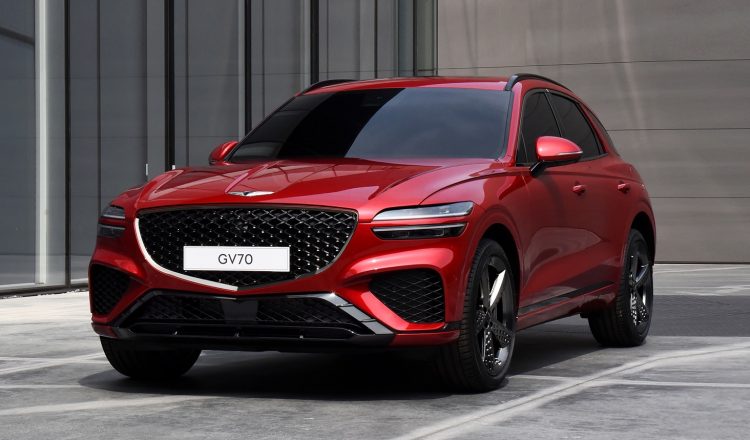 The GV70 will come in as the company’s first mid-size SUV, ready to take on the likes of the Audi Q5, BMW X3, Jaguar F-Pace, and Mercedes GLC. It’s based on the same rear-wheel drive platform that underpins the G70 mid-size sedan. Although, all-wheel drive will be available as well.

As expected, the new model showcases the company’s new-look front end, incorporating sophisticated twin-split headlights and an inverted, and very large, front grille. From the side you can see the steady incline of the window sill, creating a ready-to-pounce profile, while the roof is slightly tapered down at the back for a sleeker finish. Speaking about the design, SangYup Lee, senior vice president and head of Global Genesis Design, said:

“The new GV70 inherits the Genesis design DNA including signature elements, such as the wing face and two lines. Along with the G70, the athletic 70-series line-up expands our design territory. As a luxury brand based in Korea, we are excited to offer ‘Beauty of White Space’, Genesis’ contemporary spatial experience exclusively to our special customers.” 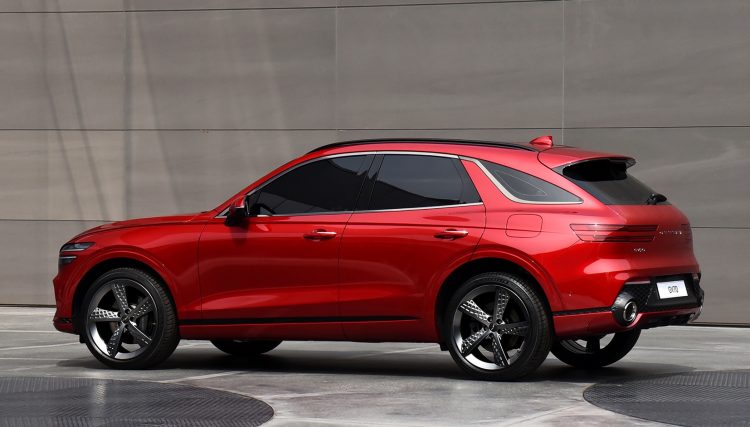 Genesis will launch at least two different variants, including a standard and a Sport trim level (red vehicle pictured). The Sport comes with a bespoke front bumper bar design, dark chrome trimmings, a larger exhaust with circular outlets poking out from a revised rear bumper, and a set of gob-smacking 21-inch alloy wheels. The wheels feature something called a G-Matrix pattern.

Inside, a somewhat classic two-spoke steering wheel faces the driver in the standard model, while the dash is uncluttered and shows only the climate controls within an exquisite oval section that wraps right around to the steering column. Atop the dash is a wide-screen media system (size not mentioned), with another digital screen for the instrument cluster. 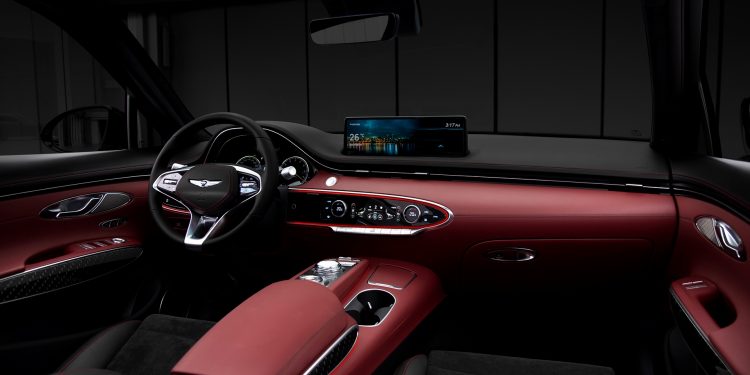 In the Sport variant there’s a nicer three-spoke steering wheel, with red ambient lighting (although it could be changeable), and unique metallic trimmings for the centre console and door trims. We suspect the seats are also different, with what looks to be red stitching and piping.

We reached out to Genesis Australia to ask about local market possibilities. The PR department confirmed the new model will go on sale locally during the first half of next year, with finer details such as engine specs yet to be confirmed.