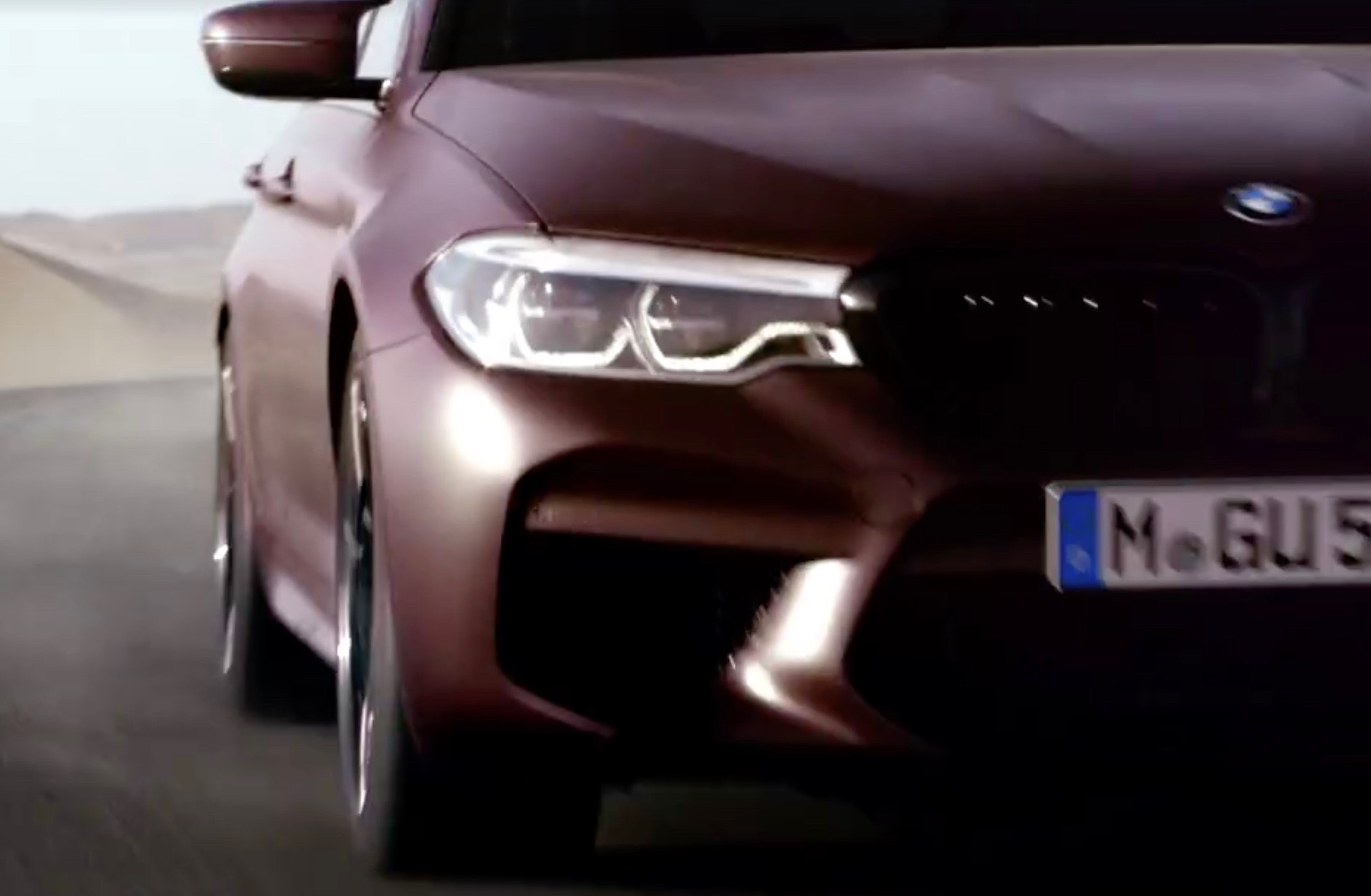 BMW has sent out a teaser of the upcoming 2018 M5 sedan before its big debut later this month, giving us a glimpse of the front end design and other snippets. 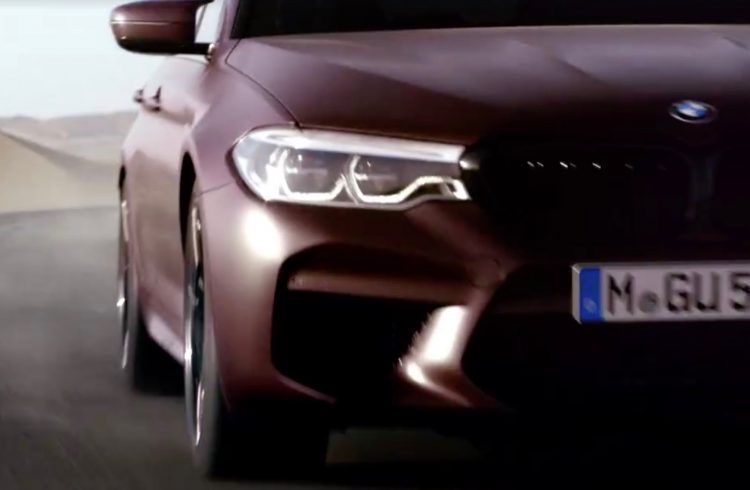 A number of details have already been announced by the manufacturer, including confirmation it will come with a twin-turbo V8 likely of 4.4 litres capacity. This engine is tipped to produce over 450kW and 700Nm, sent through an eight-speed automatic (replacing the seven-speed dual-clutch unit).

The company has confirmed it will be all-wheel drive, however, drivers will be able to select between different driving modes including a full rear-wheel drive mode. A best 0-100km/h time of around 3.5 seconds is expected.

In this latest teaser video, posted up on BMW’s Facebook page, we can see the gold-painted brake calipers and carbon ceramic discs, along with the aggressive front end design with big intakes, and a glimpse of the traditional quad-outlet exhausts. 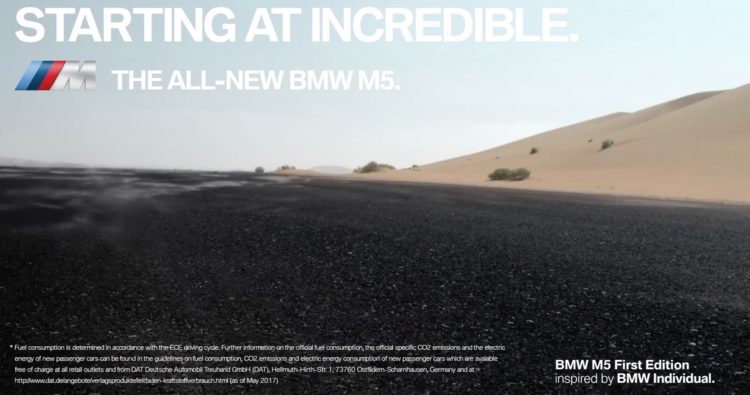 The video also confirms there will be a special “First Edition” variant, likely being available for a short period during the car’s launch, while fuel economy is confirmed at 10.5L/100km which isn’t bad considering the performance and vehicle size. Check out the quick video below. The full debut will take place on August 21.