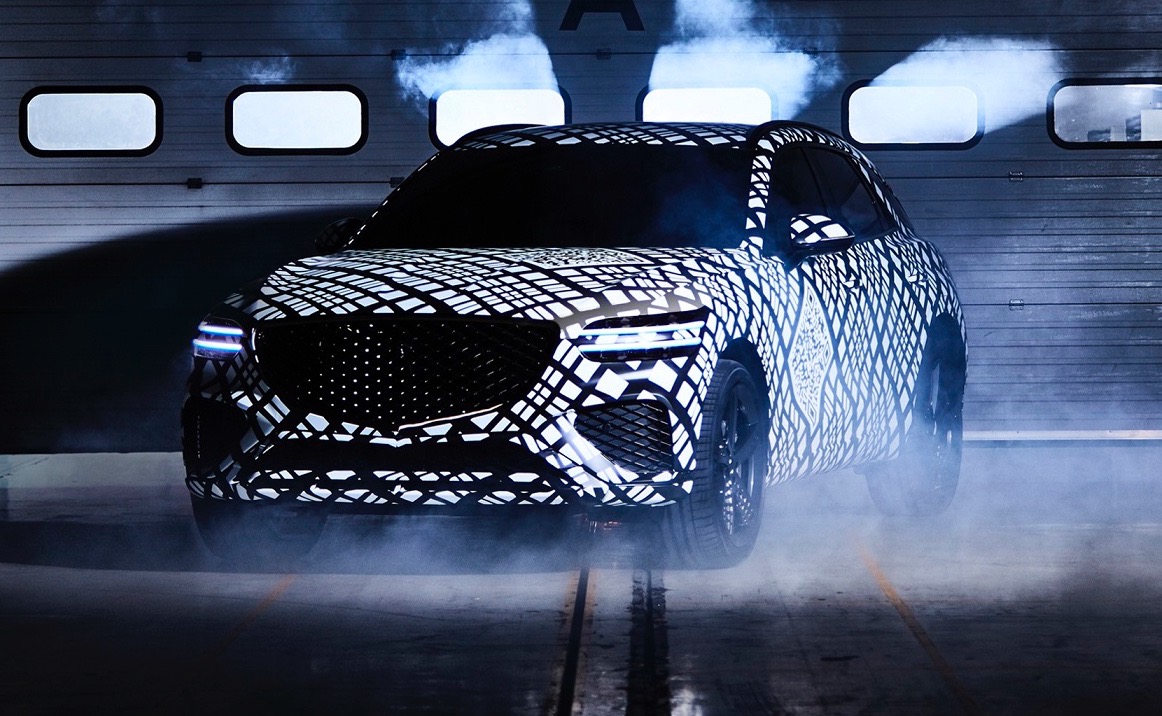 Genesis will soon unveil its second-ever SUV, in the form of the GV70, slotting below the GV80. The Hyundai-owned luxury brand has just sent out some teaser images to stir some excitement. 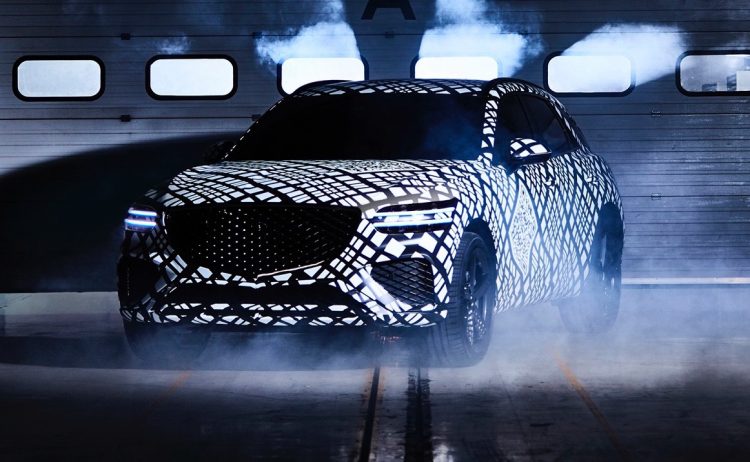 As the name suggests, this will be the SUV cousin to the G70 sedan. It will also compete with other popular mid-size luxury SUVs, such as the Audi Q5, BMW X3, Jaguar F-PACE, and Mercedes GLC. Unlike those Europe rivals, the GV70 is likely to stand out with a unique design, while offering the brand’s excellent warranty and after-sales service.

So far we’ve only seen GV70 prototypes being hurtled around the Nurburgring in earlier testing, but these images give us a clearer indication of its design and proportions. It looks like new SUV will take on the company’s latest twin-split headlight theme, with matching taillights, as well as a huge concave/crest-style front grille.

Although not a coupe-style SUV, the GV70 will showcase a sporty side profile with a raked D-pillar. Genesis has conveniently blurred the rear of the side image so we can’t quite see just how raked the tailgate is. Even so, you can see evidence of a tiny rear quarter side window. 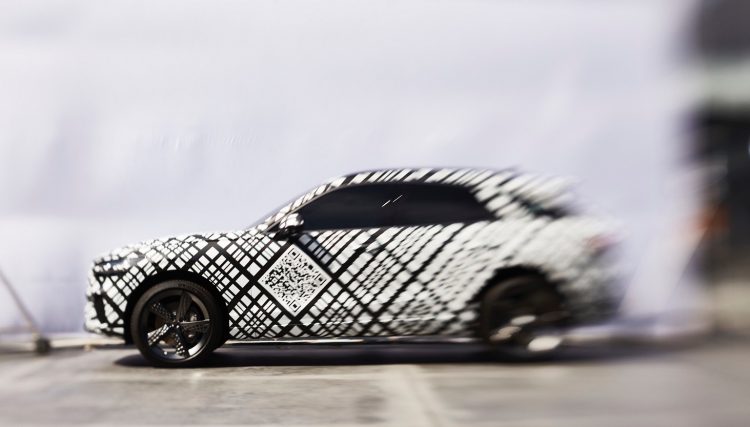 The overall design will fall in line with the company’s latest ‘Athletic Elegance’ styling philosophy. We can probably turn to vehicles like the GV80 and new G70 for some clues on what to expect in the finer details. In a statement, Genesis said:

“We are thrilled to share this early sneak preview of our second SUV, the Genesis GV70. It telegraphs an exciting new design and reinforces the core brand values that run through our lineup. We look forward to sharing full details on GV70 with everyone in the near future.”

Genesis says engineers will be testing this prototype on public roads in Korea for one month, starting now. The company has cleverly placed a QR code within the camouflage body wrap, and if onlookers get a chance to snap the code, they will be able to learn more about the G-matrix pattern.

The GV70 is set to feature the same powertrain options as the G70 sedan, including Hyundai Motor Group’s new 2.5-litre turbo four-cylinder. There is some potential for the new 3.5-litre turbo-petrol V6 and new 3.0-litre turbo-diesel V6 from the GV80 coming in as well. Official details are expected to be announced in the next few months.