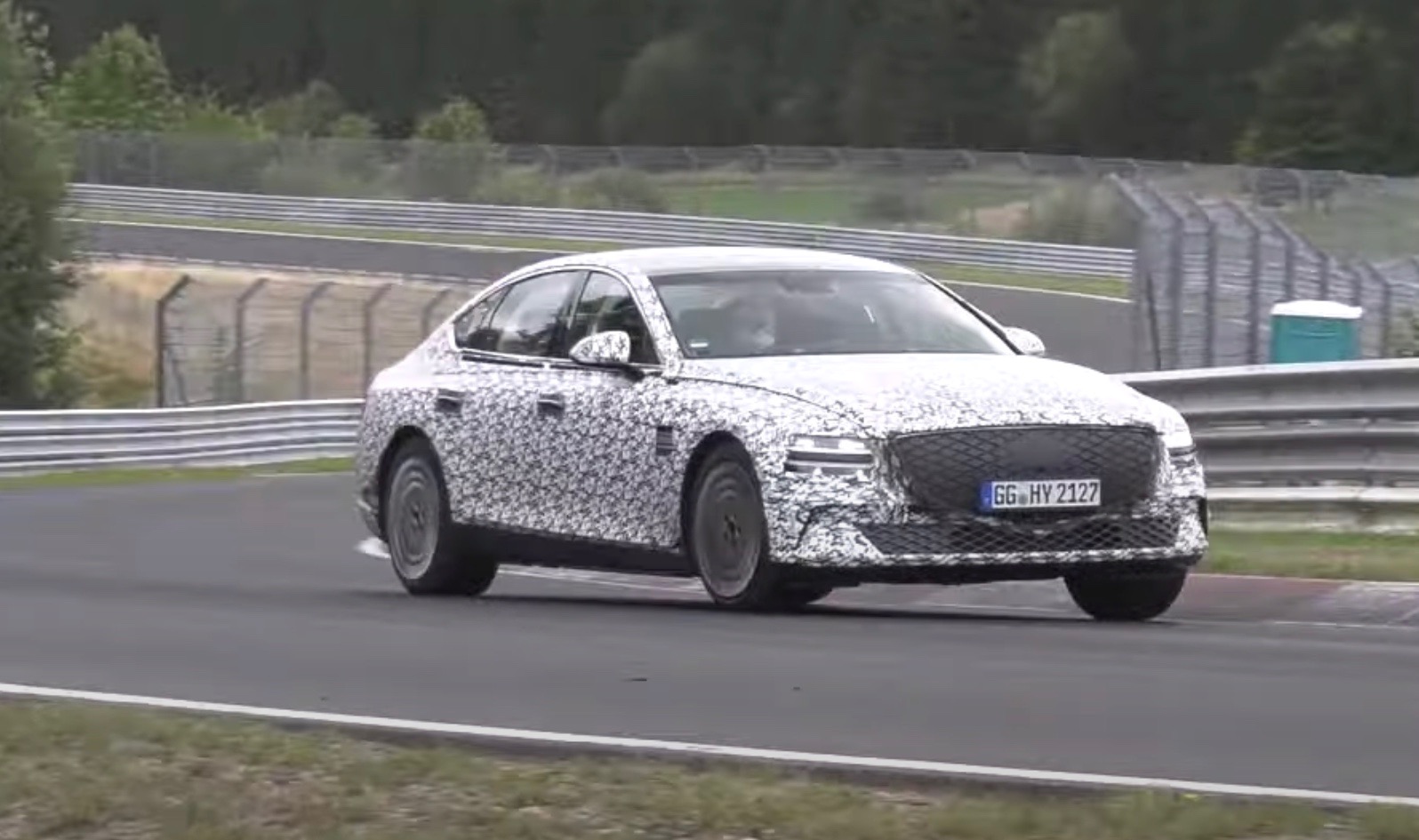 Genesis has been spotted test driving an electric version of its new G80 on the Nurburgring in Germany. The new model is known as the eG80, and is set to be the second electric model from the brand, following the GV60. 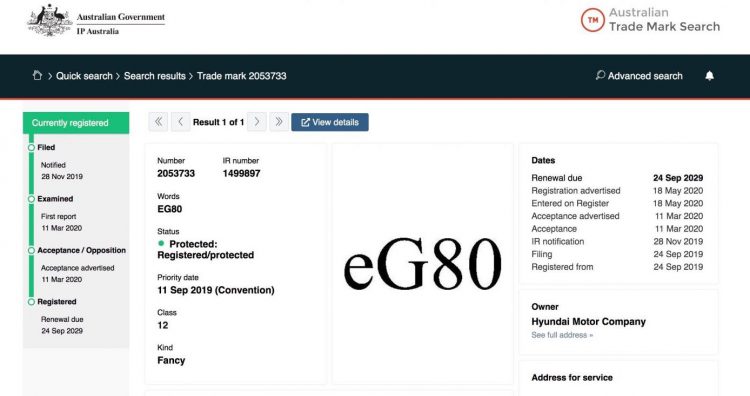 The Hyundai-owned luxury brand is set to launch a number of new models over the next year or two, including the GV70 mid-size SUV, a wagon version of the new G70 mid-size sedan, and a bespoke electric crossover known as the GV60. In Australia, there are registered trademarks for the names eG80 and GV60, which are expected to be available here once they debut.

Thanks to the spy video below, it looks like Genesis is busy putting the final touches on the eG80, giving prototypes a run around the torturing Nurburgring. Perhaps the biggest giveaway that these are running purely on electric power is the lack of engine noise. The test mules also seem to show off some impressive heave when exiting corners, typical of the instant response of an electric motor. But further than that, you might notice the front grille is completely closed off. 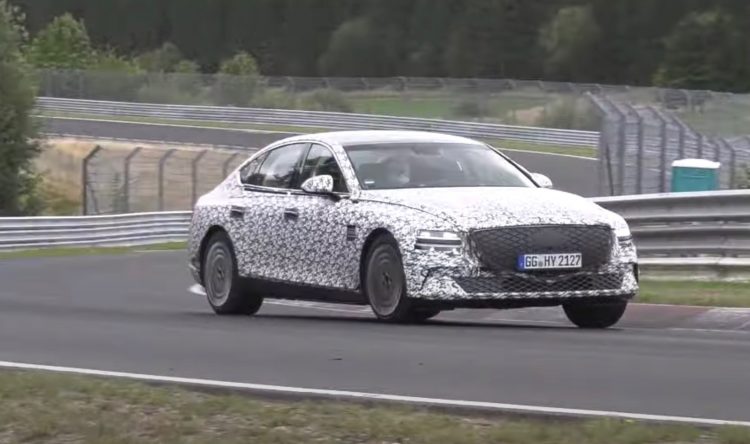 Since electric vehicles don’t require a big radiator like a combustion engine, there is no need for a large air intake system in the front end. And that means designers can concentrate on improving aerodynamics for greater efficiency. The test mule also appears to be wearing the dish-style wheels that are seen on the entry 2.5T version of the regular new G80. These could be regarded as more aero efficient as well. Of course, there is a chance the wheels are only there for testing purposes.

We don’t know much about the technical side of things. Hyundai Motor Group did enter a partnership with renowned electric vehicle technology expert, Rimac Automobili, earlier this year. However, Hyundai was already offering electric motor systems for some of its cars before this deal, and it’s understood the Rimac partnership will focus on performance EV models from the Korean auto giant.

Other eG80 prototypes have been spotted with solar roof panels, while there has been rumours of the eG80 offering wireless charging capability and a range of over 500km. As the power output and battery capacity, it’s anyone’s guess at this stage. The Genesis eG80 is set to debut during the first half of 2021. After which, a performance-oriented G80 Sport is expected to lob, potentially bringing in some decent hardware enhancements in terms of suspension, brakes, and cosmetics. Click play before for a preview of the eG80.