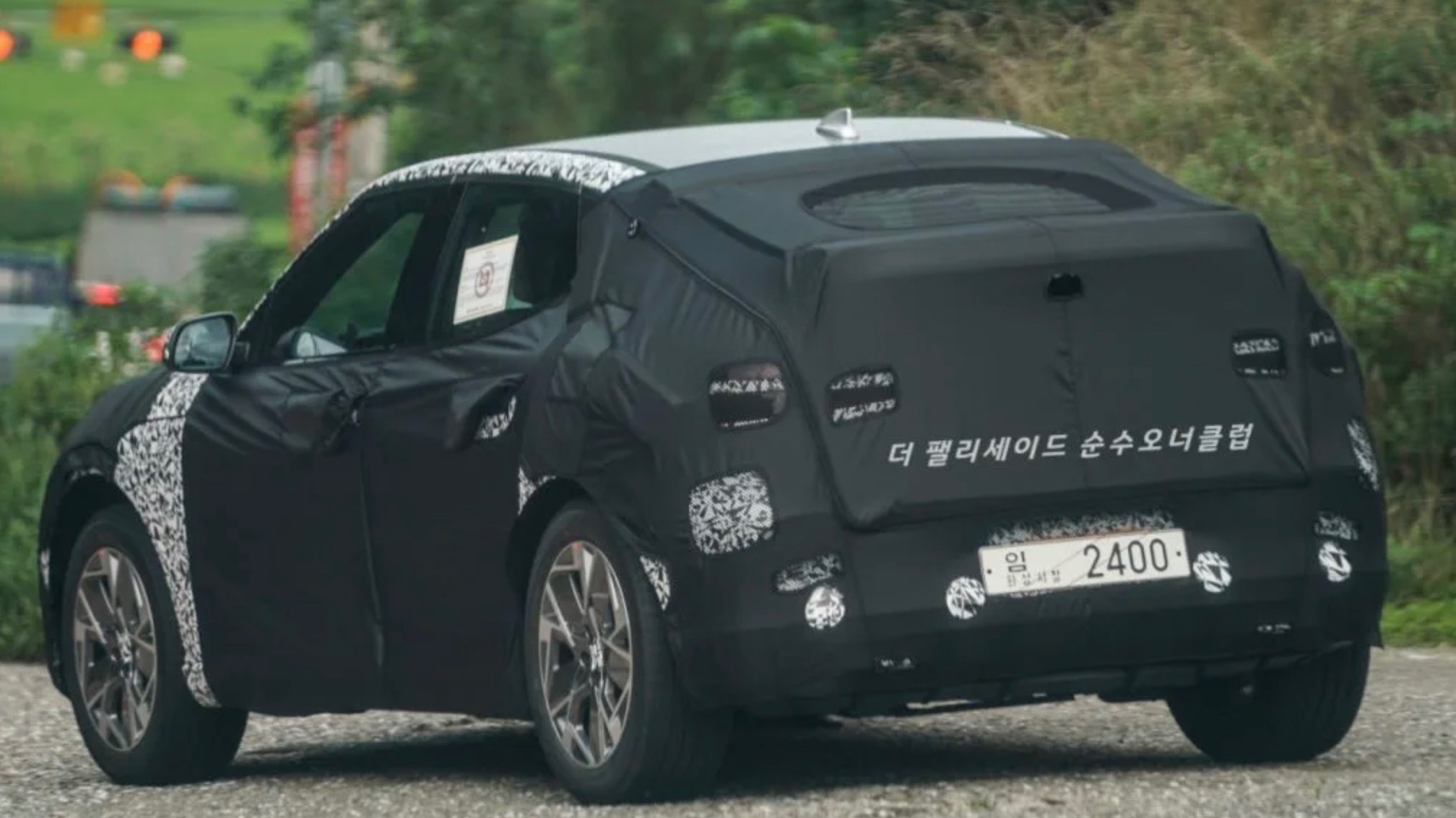 Genesis has been spotted test driving an interesting prototype in Korea, with signs suggesting this could be the company’s first dedicated fully electric vehicle, dubbed the GV60. It’s set to slot into the company’s showroom as a crossover-style vehicle, somewhere in between the GV70 and GV80. 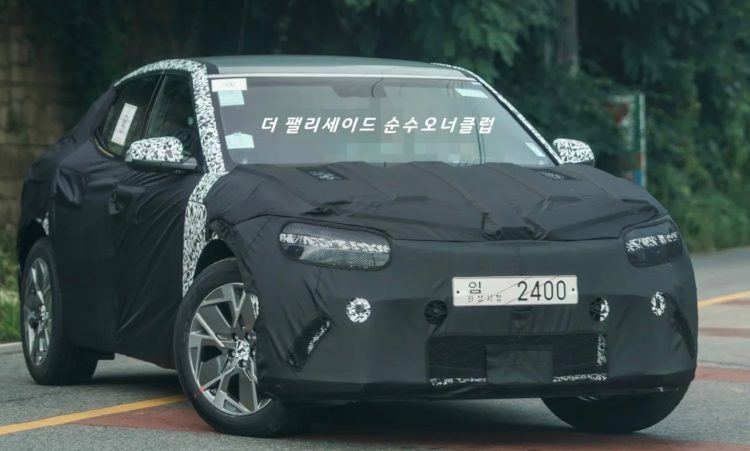 We can probably think of it as a Genesis alternative to the Jaguar I-PACE, Audi e-tron, and Mercedes-Benz EQC. And the Tesla Model Y for that matter. Although, there’s also been suggestion of it being slightly smaller. Genesis is yet to confirm any details, however, it’s understood the vehicle will be underpinned by Hyundai Motor Group’s E-GMP architecture (Electric Global Modular Platform). 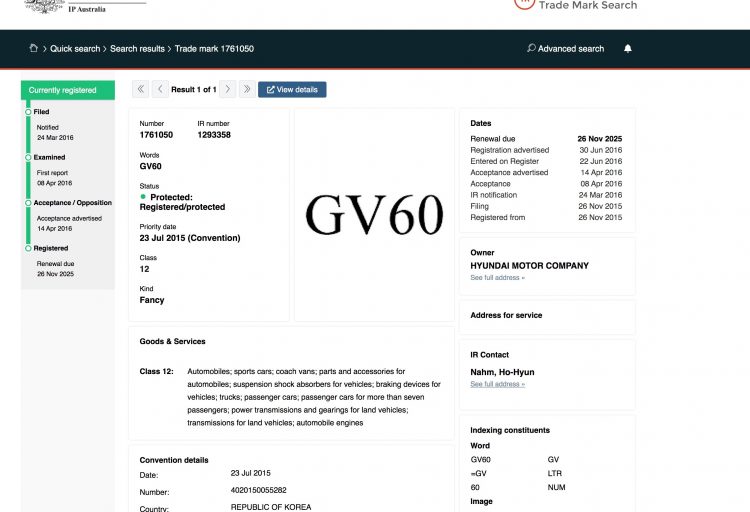 As far as we understand, the first electric model will be called the GV60. A trademark is currently registered in Australia for the name, as well as in the USA. There’s also a trademark for the name eG80 (above).

According to a recent Korean Car Blog report, the GV60 is codenamed JW, featuring all-wheel drive and a modular battery system to provide different ranges and power outputs. 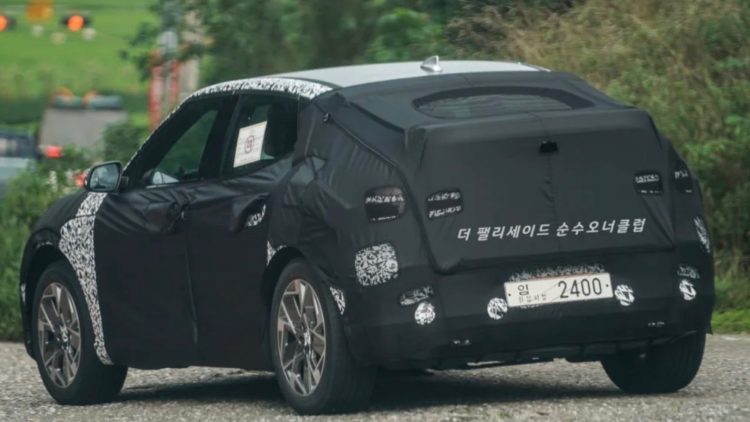 “We want to build high-performance vehicles that are not only fast and powerful but also meet the highest expectations of our customers as the car of their dreams. Our goal is to popularise electric vehicles and to create social value through world-class technology and innovation in performance.” 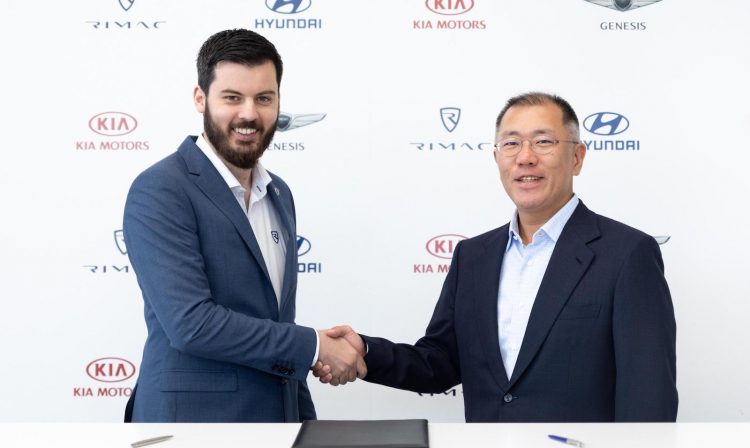 We first saw the potential of Rimac and Hyundai with that insane 596kW RM20e racing concept last month. Although that featured an electric motor for each wheel, we suspect Genesis models will be a bit more tame with just one motor per axle.

However, it featured a new 800-volt electric and inverter system, with a 60kWh battery. These elements could very well inspire the technology that goes into the GV60 and future electric Genesis models. This first EV is set to arrive in 2021.