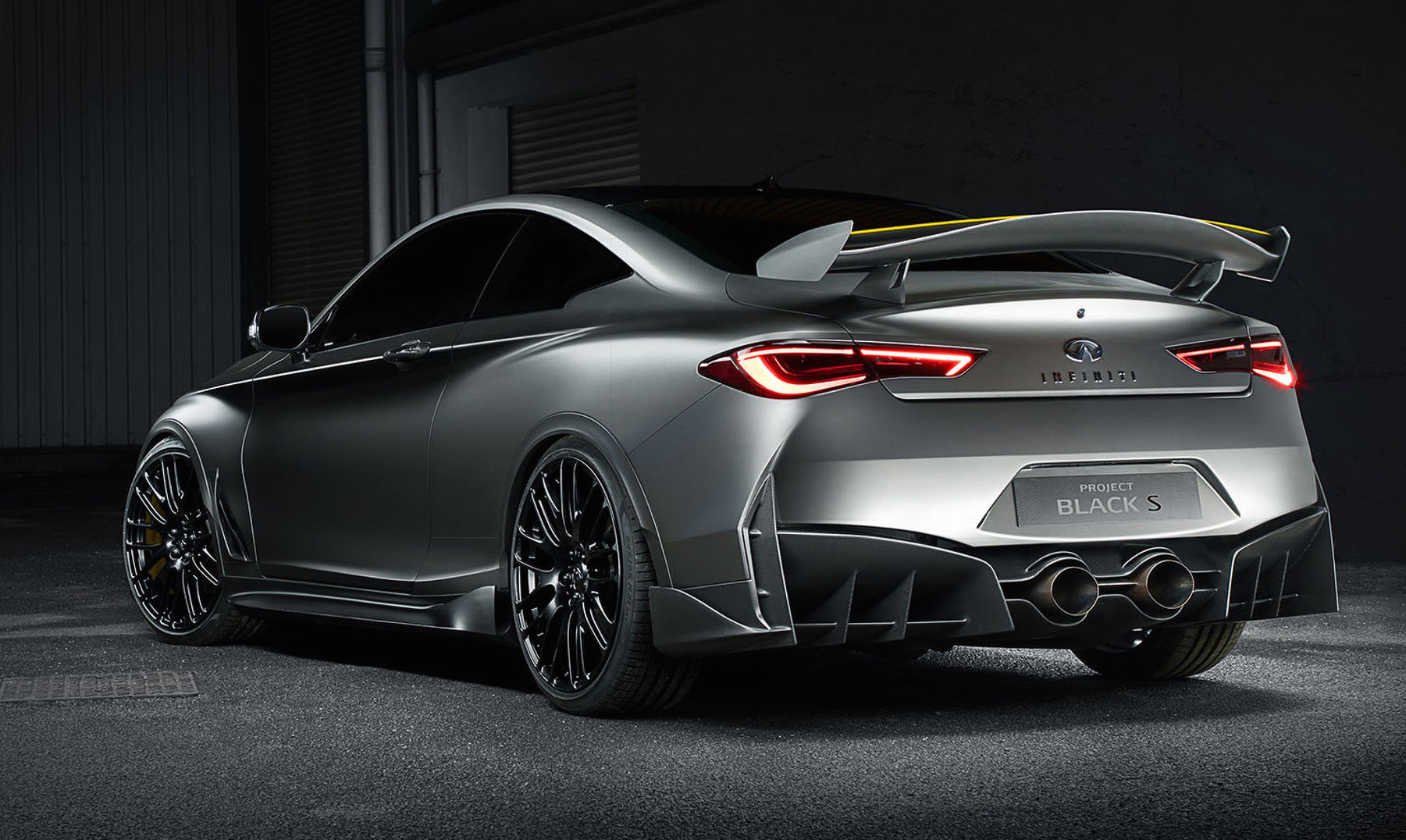 Nissan’s luxury brand Infiniti is planning to unveil a new high-performance coupe concept based on the Q60 at the Geneva motor show, called Project Black S. 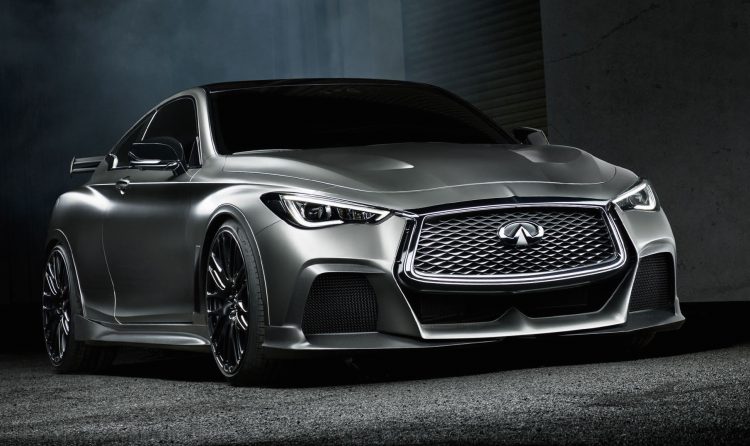 At first, the company released a teaser image of the front end in very low light. But soon after some official images leaked their way online, revealing the beast in full. 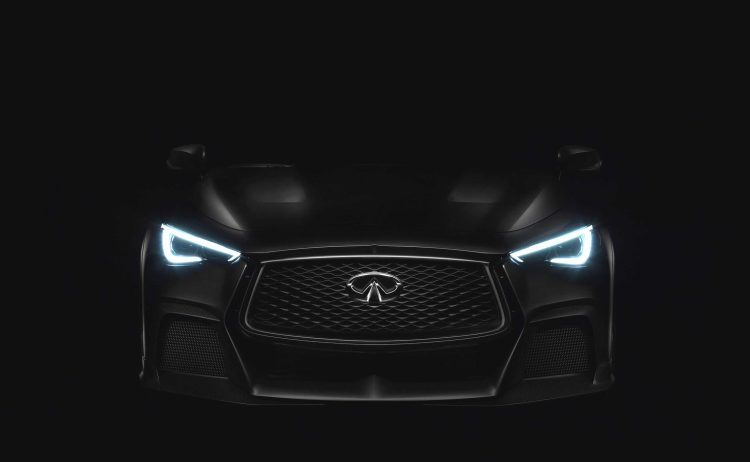 It’s described as a “radical interpretation” of the Q60 coupe, packaging in Formula One technology developed in collaboration with the RenaultSport F1 team. Although it is just a concept, Infiniti says it is an “exploration of a new Infiniti high-performance model line”.

As you’ve probably gathered, Black S is pitched as a step up from Red S, or Red Sport. It’s set to feature the same 3.0-litre twin-turbo V6 as the Red Sport, rated at 298kW, only power is boosted thanks to a hybrid system.

Infiniti has fit an electric motor assist setup to the V6, with power projected to peak at around the 373kW mark (500hp). It’s understood the hybrid component won’t be just about efficiency, but mainly about bringing a performance benefit. Infiniti said in a statement:

In other areas, the Q60 Black S concept features a unique aero package compared with the regular Q60, with aggressive front and rear spoilers, bespoke wheels, and twin jet-like exhausts.

According to Infiniti, the concept “hints at how a unique-for-the-road performance hybrid powertrain could significantly enhance the dynamics of an Infiniti production car”. It will gauge the public’s reaction at the Geneva show before making any decisions in regards to potential production. 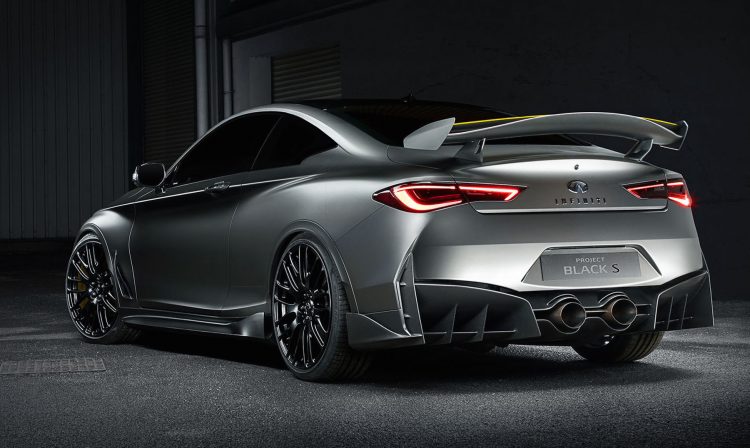