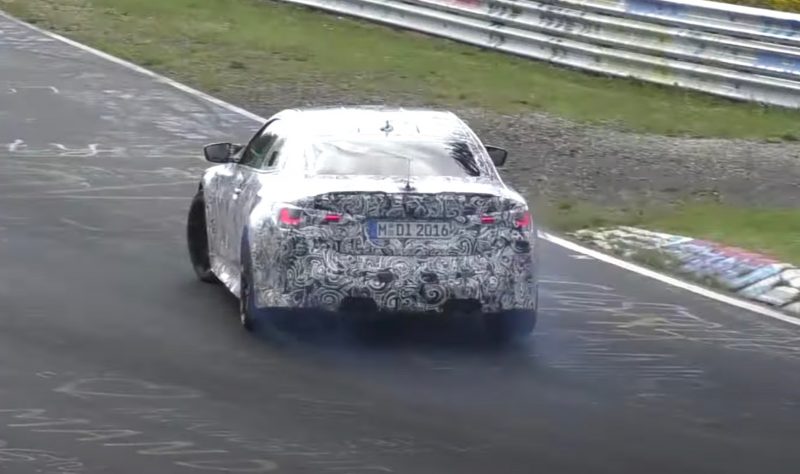 BMW is getting closer and closer to finalising its all-new G82 BMW M4 coupe, with prototype testing now at heated levels. Test drivers have been recently spotted pushing test mules to the and even beyond the limits at the Nurburgring. 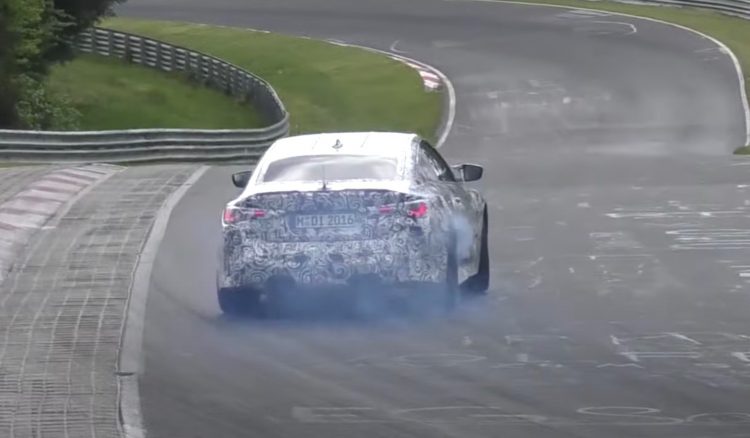 A video that has just popped up on the ‘Tube reveals BMW M is testing at least four different M4 prototypes, evident by four unique registration plates (ending with 2011, 2016, 1995, 2220). All of them look pretty similar, although they are wearing a typically psychedelic wrap which covers the entire body to conceal the body design.

Taking a closer look and it seems one of the prototype features two large circular air intakes in the front end. Our suspicion is BMW could be testing both the M4 Competition and the regular M4. A closer look at the brakes on some of the prototypes shows no major difference, with big gold-painted front calipers on all that we can see. 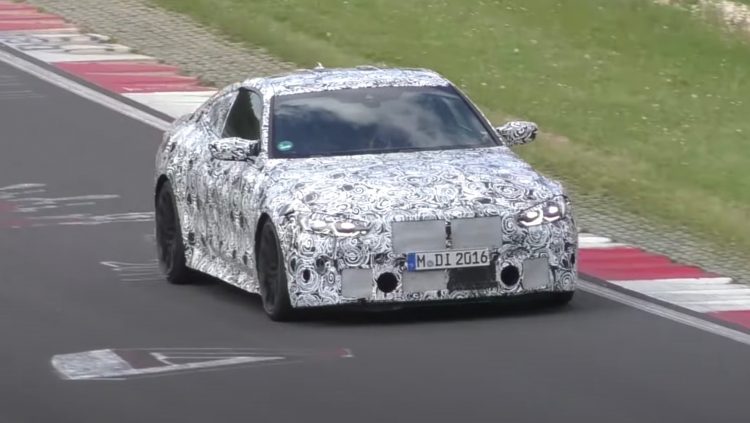 Being prototypes though there is a high chance engineers are using various components for testing purposes only. For example, the alloy wheels seen here probably don’t resemble the wheels that will feature on the showroom model. Instead, these are likely just some basic items that have been created, albeit offering similar weight and size as those set for the production model.

As far as we know BMW will be offering at least two different versions of the upcoming M4; a regular M4 and the M4 Competition. In the past BMW only released a Competition variant as part of a mild update a couple of years down the track. But judging by BMW’s latest showroom sequences the M4 Competition is likely to launch straight away. A successor to the M4 CS might happen further down the track. 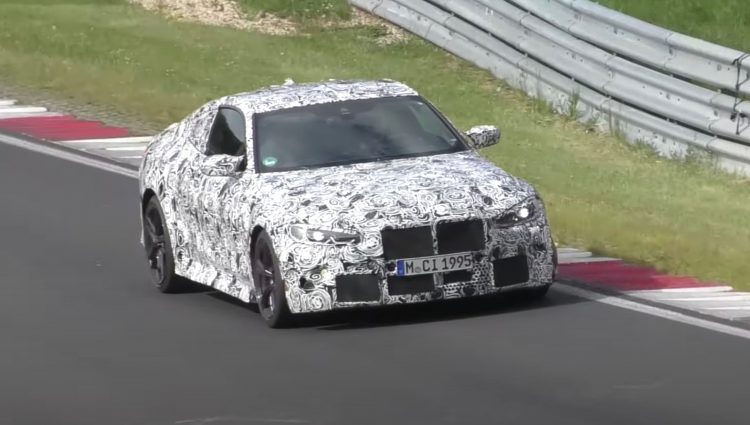 It’s understood the base M4, which might also include an M4 ‘Pure’, is set to come with the lower tune version of the new S58 3.0-litre twin-turbo inline-six engine. This produces 353kW and 600Nm in the current X3 M (not available in Australia). The M4 Competition is set to come with the full 375kW/600Nm tune, like the X3 M Competition (available in Australia).

There’s also been talk that the entry version – or an M4 Pure – will come with a six-speed manual with rear-wheel drive. Meanwhile the M4 Competition could feature an automatic transmission with all-wheel drive, albeit switchable to rear-wheel drive like the current M5.

It’s unclear if the new M3/M4 will receive the eight-speed torque convertor automatic like the X3 M and latest M5, or if BMW M will continue with its punchier seven-speed dual-clutch auto. We hope the dual-clutch auto remains. These types of transmissions are not as smooth or comfortable, but they do suit performance driving very well. According to reports however, BMW will switch to the new eight-speed torque convertor auto.

A full debut for the 2021 BMW 4 Series is expected a bit later this year. It will be the most comprehensive 4 Series range yet, with both coupe and convertible, Gran Coupe, and a new i4 electric version all on the way. The M3/M4 will probably be revealed at the same time. Check out the spy video below for a preview.