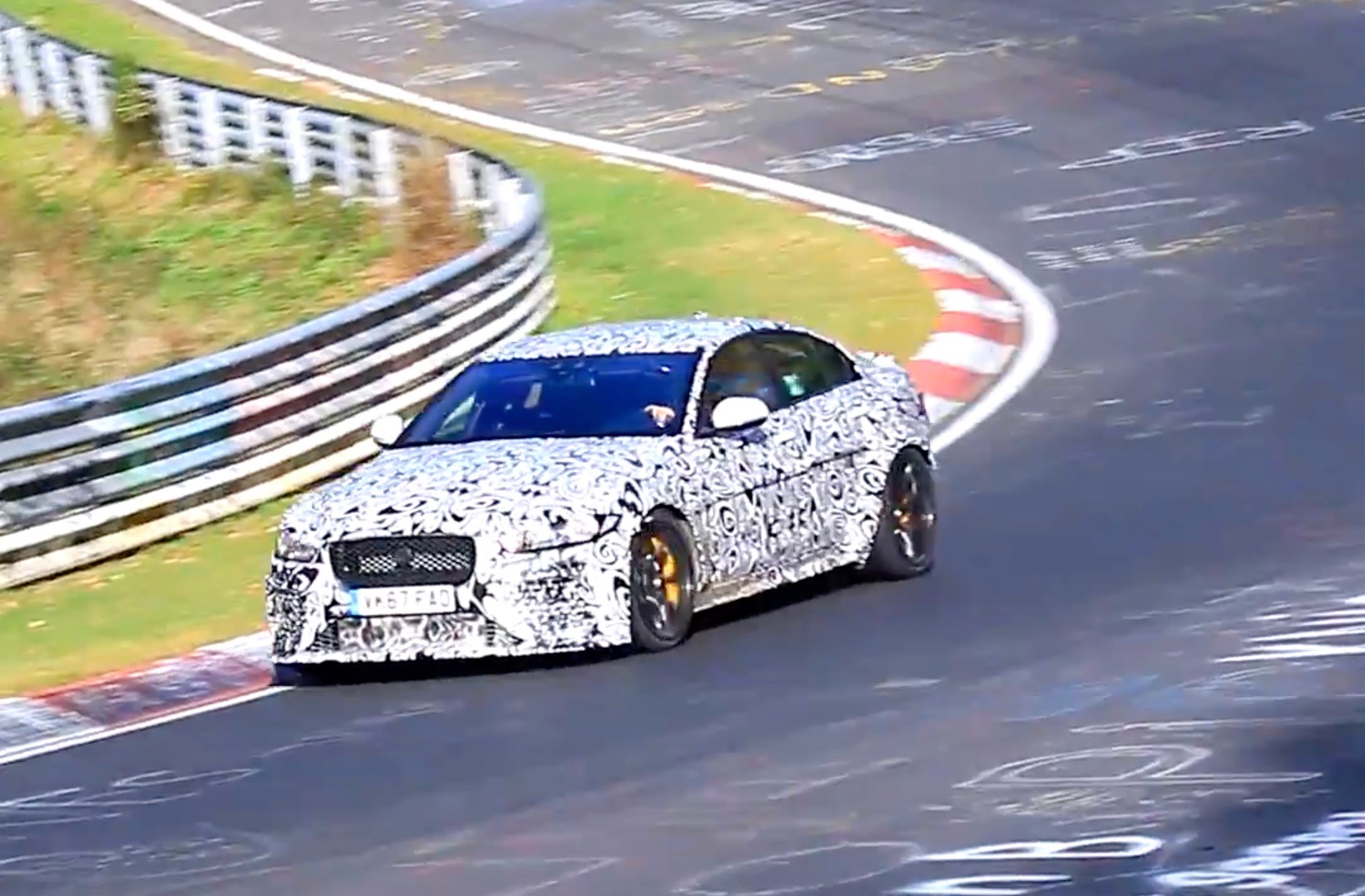 We’ve seen the Jaguar XE SV Project 8, having been revealed earlier this year, but it seems Jaguar might also be working on a slightly watered down XE V8 model that could adopt the SVR badge. 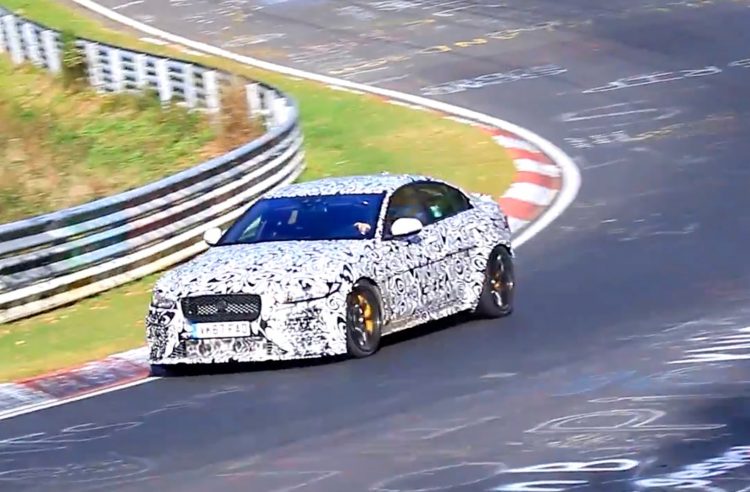 It’s believed Jaguar is looking to claim the production sedan lap record at the Nurburgring with the SV Project 8, swiping it from the Alfa Romeo Giulia QV which set a blistering time of 7:32 earlier this year.

Technically the Project 8 is a production car, albeit with a limited build of just 300. However, for those missing out Jaguar might be planning a lower-spec version as indicated here in prototype form on the Nurburgring.

The prototype isn’t as flamboyantly styled as the Project 8, dropping the huge rear wing and aggressive front end and super-low splitter. Instead, this version appears to adopt a sporty aero kit with a more discreet rear lip spoiler and a front spoiler that looks like it could actually conquer driveway humps.

Around at the back are the hallmark signs of a performance version though, with quad-outlet exhausts belting out an almighty V8 soundtrack. The engine is likely to be the company’s 5.0-litre supercharged V8 as used in many Jaguar Land Rover performance vehicles.

This is the same engine used in the Project 8 as well, however, instead of developing a mind-blowing 441kW, the XE ‘SVR’ V8 would likely produce 375kW or 405kW at the most.

Even if Jaguar adopts the lowest-tune for the V8, at 368kW as seen in the regular F-Type V8, the XE SVR has the potential to become one of the most powerful sedans in the class. As a guide, the record-breaking Alfa Romeo churns out 375kW.

In other areas – judging purely by this prototype – the XE V8 looks like it will come with high-performance multi-piston brakes painted gold, as well as bespoke alloy wheels with staggered wheel and tyre widths front and rear. Check it out below.

Aside from the exclusive Project 8, the most potent XE on sale is the XE S. It comes with a 3.0-litre supercharged V6 that develops 280kW (recently uprated from 250kW for MY2018).