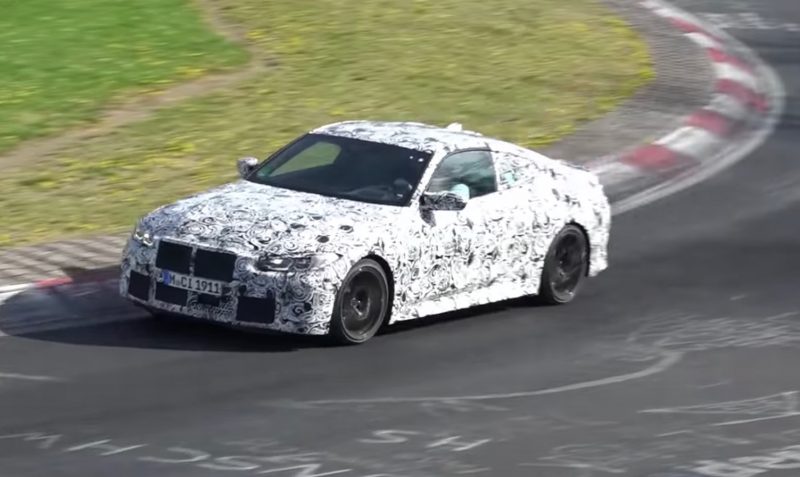 BMW has been spotted test driving a prototype version of the all-new 2021 BMW M4 (G82) coupe around the Nurburgring in Germany, along side regular versions of the yet-to-debut 4 Series in coupe (G22) and convertible (G23) form. 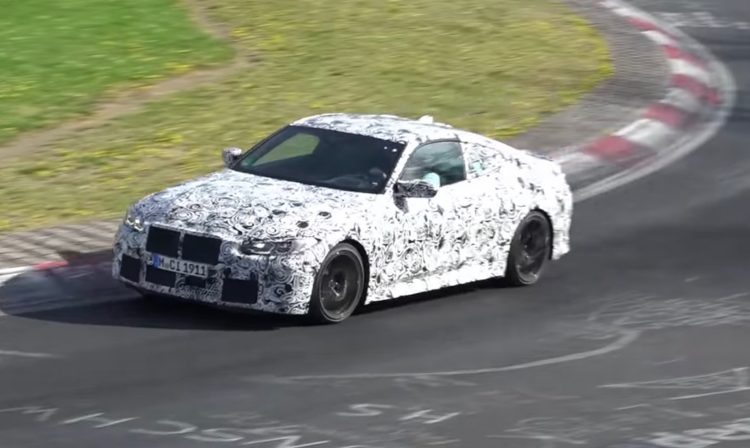 The new 4 Series is yet to be unveiled. Firstly, it will switch to the CLAR platform like the latest G20 3 Series and many other recent BMW models. Secondly, the design is set to showcase quite a controversial change, adopting full-length twin grilles at the front as previewed by the Concept 4 from last year (pictured below in red).

Some evidence of this new grille layout can be seen in the spy video below, with the M4 prototype coming in at around the 0:14 mark. It is a heavily camouflaged test mule but you can see the grilles extending right down. New headlights are also previewed, switching to BMW’s latest twin-cluster setup. 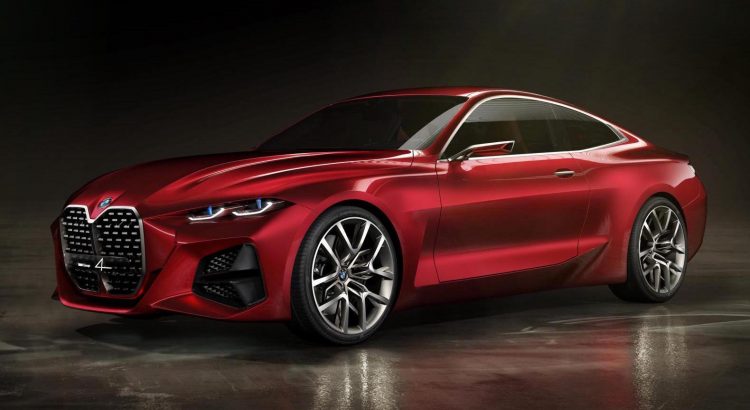 On the exit of the corner the car displays some nice hip wobble as the driver applies more than enough throttle. Even though the new model is expected to be offered with all-wheel drive, like the next M3, it’s good to see there is at least a rear-bias torque delivery. Either that or the driver is testing in RWD mode.

Speaking of the powertrain, the new M4 is set to come with BMW M’s latest S58 engine. We’ve already seen this in the X3 M and X4 M. A 3.0-litre capacity is carried over from the outgoing S55 unit, with twin mono-scroll turbochargers pressuring all six inline cylinders. The compression ratio is dropped however, from 10.2:1 from the S55 to 9.3:1.

The new G80 M3 is set to be offered in two main tunes. According to reports, there’s going to be a ‘Pure’ variant which could adopt the 353kW/600Nm tune from the base X3/X4 M (not sold in Australia), while the main model is likely to use the 375kW/600Nm outputs, as seen in the X3/X4 M Competition. What is unclear is the drive system.

BMW may introduce a switchable RWD/AWD system like on the M5, for all variants of the M3 and M4. There’s also talk of the Pure variant retaining RWD, leaving, possibly, AWD or RWD/AWD for the top variants. A manual transmission will continue to be offered as well, but it might be reserved for the Pure variant only. 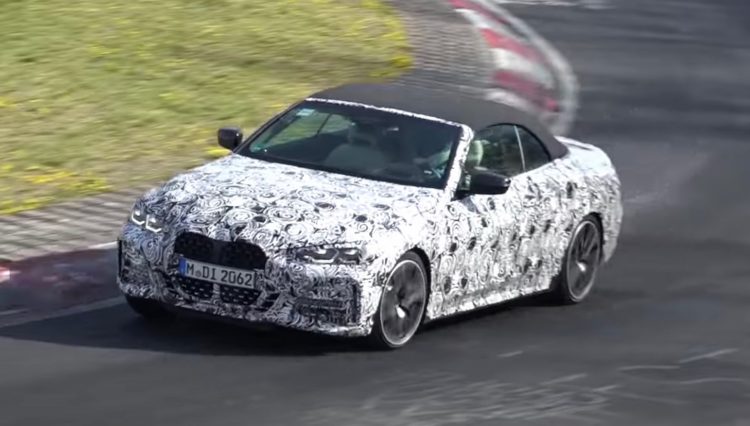 Later in the video, at the 6:56 mark, we get a glimpse of the new 4 Series convertible. It shows yet more evidence of the big new grilles. It also sounds like a six-cylinder version, potentially one to adopt the badge ‘M440i’ like the M340i. At the 7:42 mark a 4 Series coupe prototype is seen, and by the sounds of it, it is being tested with a four-cylinder, potentially a ‘430i’.

A full debut for both the 4 Series and M4 is expected later this year. BMW might unveil the new M3 first, however, official details are yet to be announced.