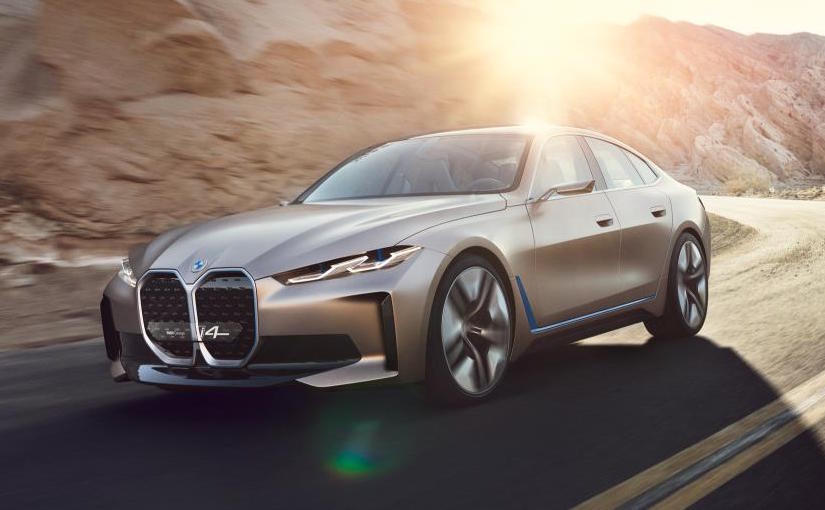 BMW has revealed the Concept i4 fully electric four-door coupe. The company says it represents a look ahead to the BMW i4 production car, which will go into production in 2021. 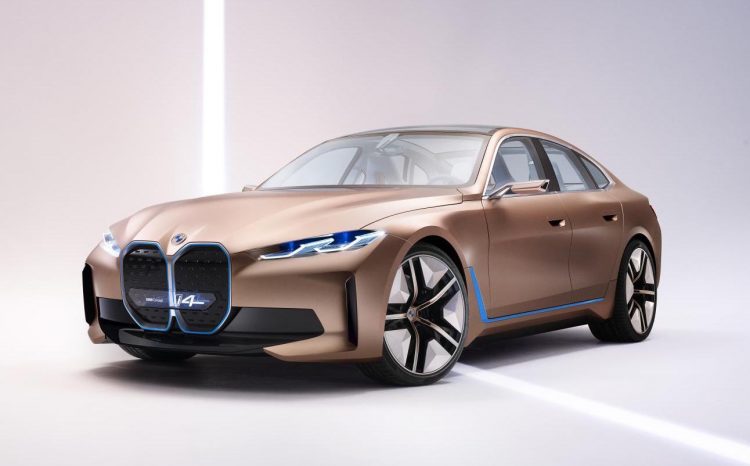 Even though it is just a concept car, the body design is described by BMW as showcasing a “visually powerful face to the electric age” of BMW. The front end, in particular, sports that controversial interpretation of the company’s trademark kidney grilles, with two connected vertical items dropping right down to the front spoiler.

Since there is no combustion engine under the bonnet cooling is not as important. Instead of functional grilles, the front section houses many sensors in what BMW calls an “intelligence panel”. New-look headlights also provide a connection to past and future themes, with the traditional four-eye layout carrying over but in a much more slender and focused style.

From the rear it looks rather more sporty and appealing, in our opinion, with a two-piece diffuser lower down, BMW’s latest thin and wide taillight theme, and a nicely-swooping rear windscreen to give it a four-door coupe/Gran Coupe character. Speaking about the design, Domagoj Dukec, head of BMW Design, said:

“The design of the BMW Concept i4 shows fantastic proportions, a powerfully expressive character and, of course, a lot of attention to detail. With the Curved Display, we have redefined BMW’s signature driver focus in an extremely elegant way. At the same time, the BMW Concept i4 transports a feeling of sustainable driving pleasure.” 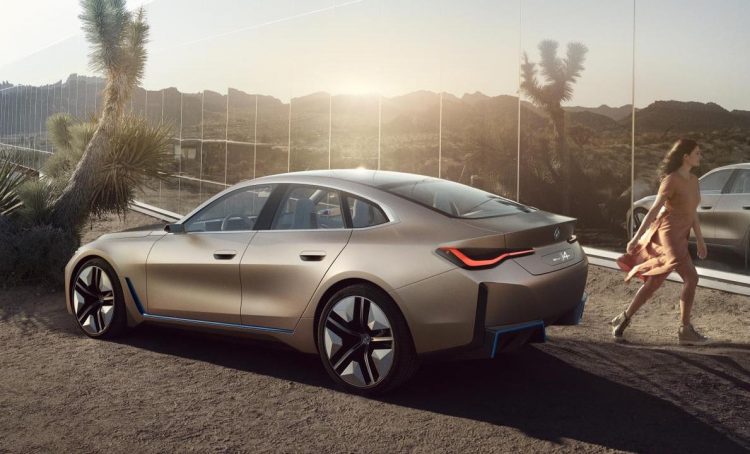 The design isn’t the only area that gives us a look into the future of BMW. Power comes from a fifth-generation eDrive electric motor system that will feature on the production i4, as well as the iX3 and iNEXT. For the i4 the motor system produces up to 390kW and provides acceleration from 0-100km/h in around 4.0 seconds.

Using a high-voltage battery with a capacity of about 80kWh, BMW says, the system will offer a driving range of up to 600km on the WLTP test cycle. The battery package weighs around 550kg and is described as being extremely slim for the i4, with optimised energy density. 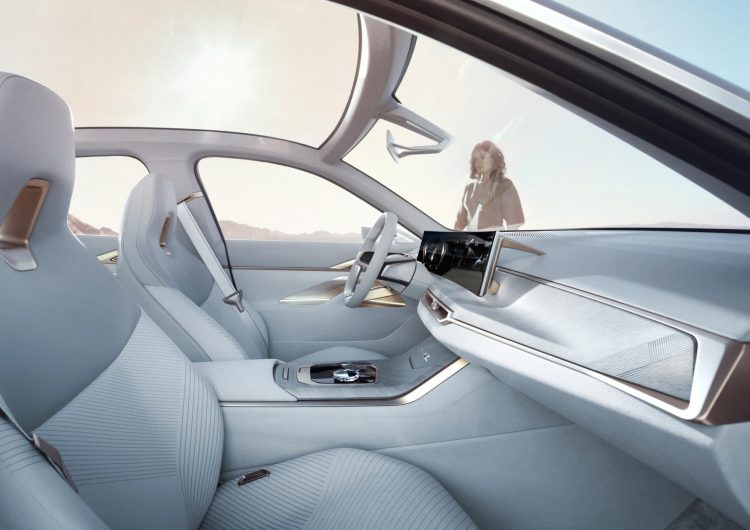 As for the interior, the concept is pretty wild and we probably won’t see all of it carry over to the production model. However, the general layout, including the new “Curved Display” screen which blends the media interface and instrument cluster into one seamless panel, probably will inspire the production model quite heavily.

Users can choose between three main “experience modes” for the cabin, from Core, Sport to Efficient. Each setting alters the graphics of the screen, the ambient lighting, and the layout of the gauge cluster for the driver to suit the selected mode. The Efficient mode also debuts a new “Assisted Driving View” which provides a look into what the car’s sensors are detecting.

The BMW i4 production car will go into production in 2021 as mentioned, at BMW’s main plant in Munich. It will be produced alongside combustion-engined, plug-in hybrid, and hybrid models at the facility, with around 90 per cent of the existing production equipment in the body shop already ready to adapt to the i4 and other EVs. The iX3 will be the first of the new wave of EVs from BMW, with production to commence later this year.

InBMW Concept i4, BMW i4