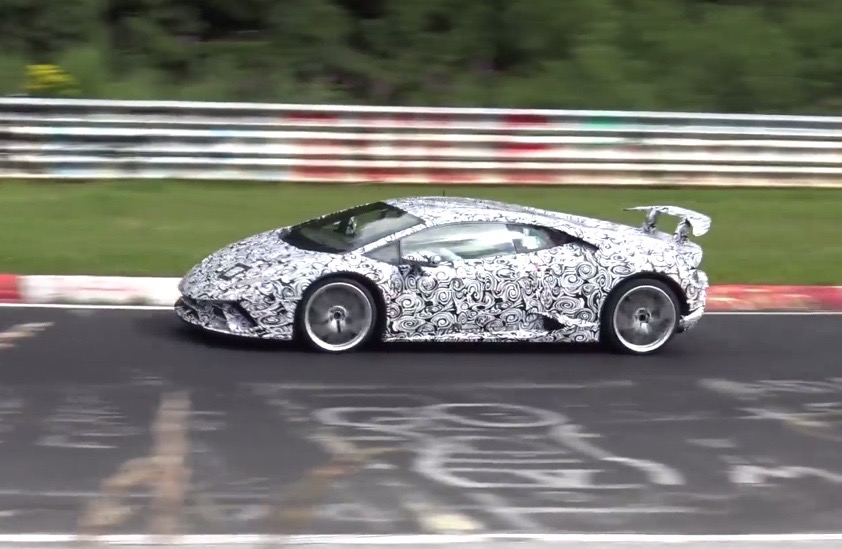 Lamborghini’s upcoming high-performance Huracan will be called Performante and not Superleggera as originally suspected, and it will be revealed at the Geneva Motor Show in March, a report has revealed. 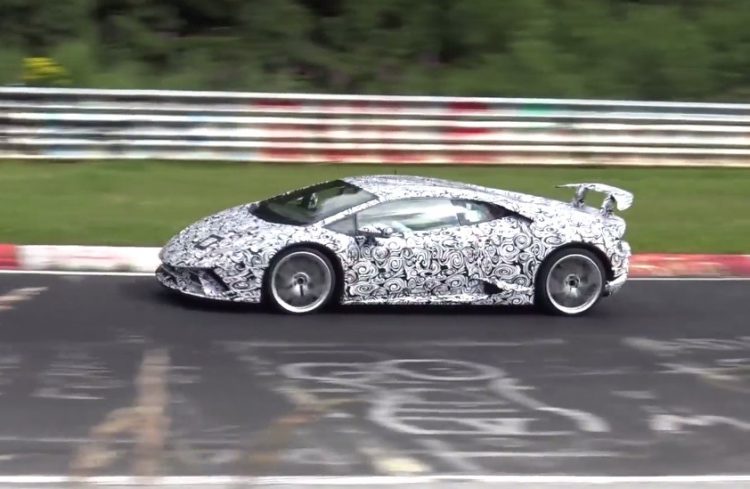 Like the recently unveiled Aventador S, the Huracan Performante will feature active aerodynamics that Lamborghini calls Aerodynamica Lamborghini Attiva. The system uses electric motors to control flaps on the front splitter and adjust the angle of the rear wing. Three modes: Strada, Sport and Corsa determine these angles and the speed at which they activate.

In Strada, all flaps fully open between 70km/h and 310km/h, then close so high-speed cruising can be maintained. In Sport they close at 180km/h to increase downforce for more cornering grip. In Corsa mode, the flaps can operate independently according to data from the car’s yaw sensors. Lamborghini calls this ‘aero vectoring’.

It’s hard to discern how it looks with all the swirly camouflage, but we can see a larger rear wing assembly and larger exhausts tucked further up into the bodywork. We’ll have to wait until Geneva to see how it all gels together.