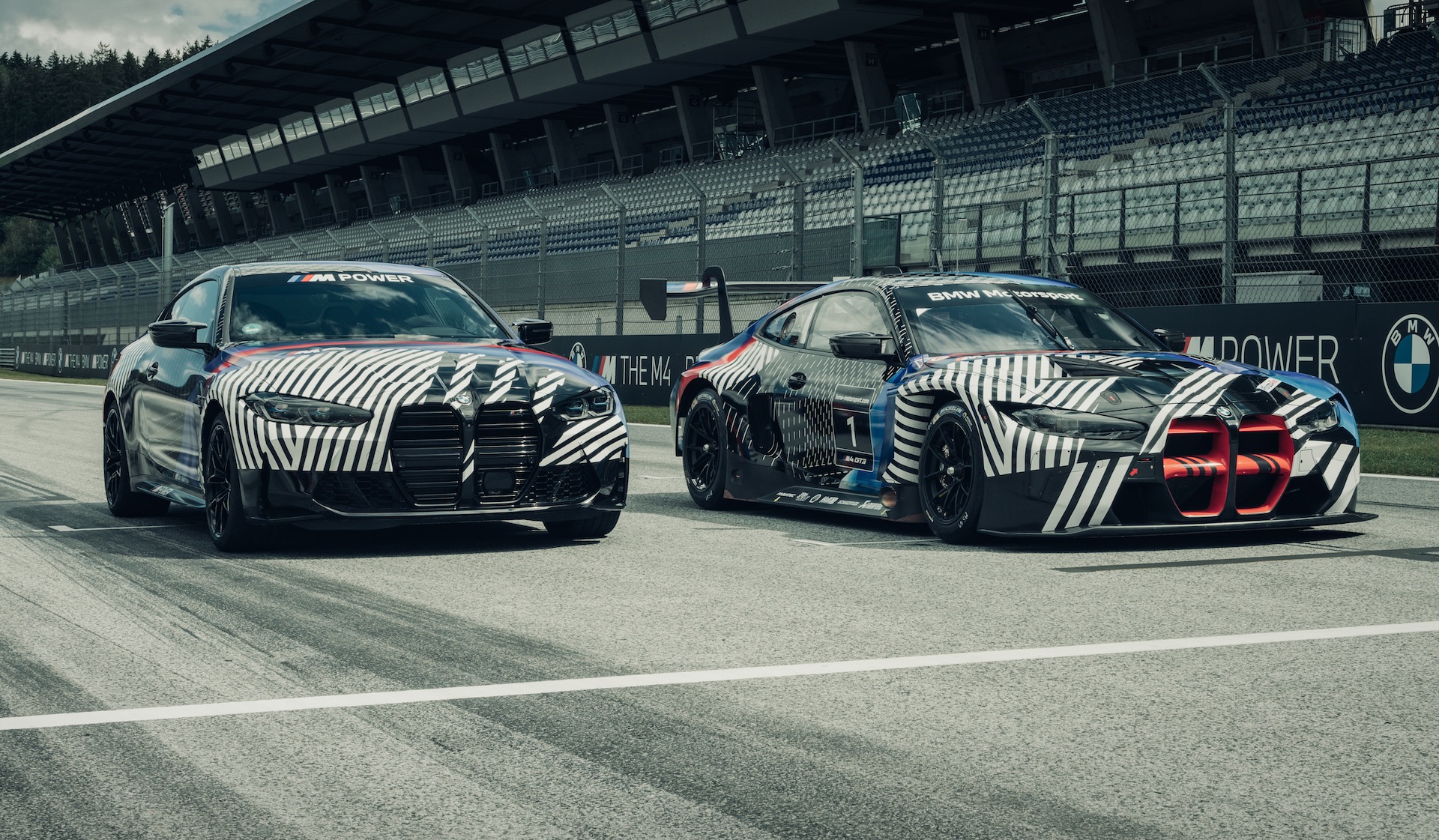 This is probably the best look yet at the all-new 2021 BMW M4 G82. The company is previewing the new model at the MotoGP BMW M Grand Prix of Styria, with its upcoming M4 GT3 race car which will hit circuits next year. 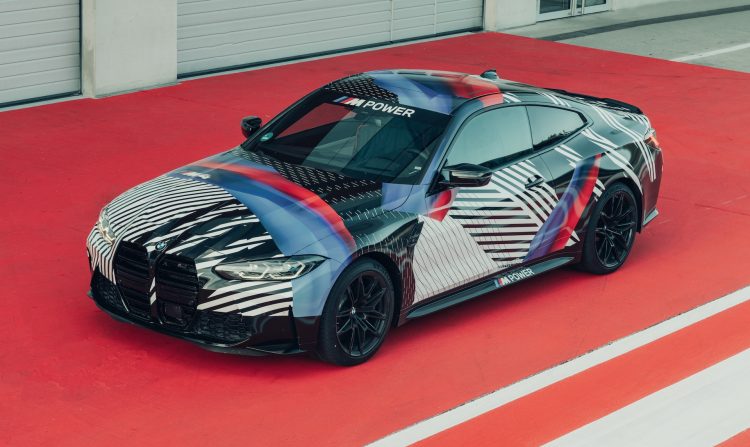 We’ve seen plenty of prototypes of the 2021 M3 and M4 before, but this example is wrapped in a special livery and it actually reveals some of the car’s details. The front grilles, for example, are fairly clear and visible, as well as the intricacies of the lower front bumper bar and intakes.

From the top-rear photo we can see some of the body lines and the bulging wheel arches, as well as the chunky side skirts – the outgoing M4 doesn’t really feature side skirts, not to this degree anyway. There’s also a neat lip spoiler, trademark quad-outlet exhausts, and a sporty diffuser underneath. 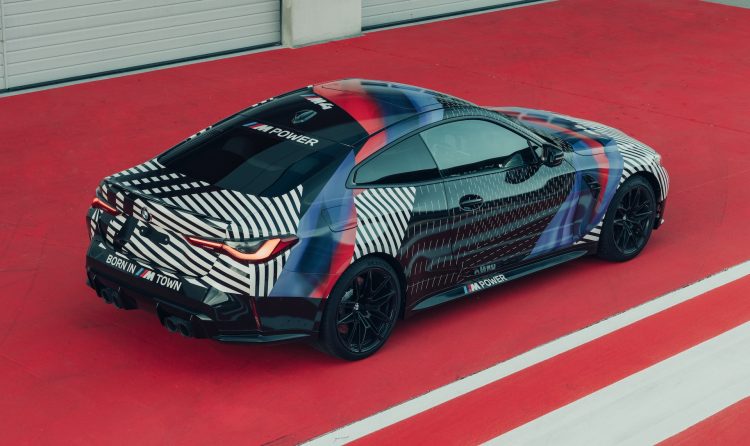 BMW reaffirms the G82 M4, like the upcoming G80 M3, will be offered with two different powertrain tunes, both comprising the company’s latest S58 3.0-litre twin-turbo inline-six engine. The entry version will produce 353kW and will come with a six-speed manual as standard, while the Competition variant will use a 375kW tune matched to an eight-speed M Steptronic auto. This means it will switch from the outgoing seven-speed dual-clutch auto.

At the bottom of the press release relating to today’s preview BMW says in the fine-print that the new M4 will offer a combined cycle fuel consumption average between 10.5-10.9L/100km. The outgoing M4 Competition auto was rated at 8.3L/100km, but that was likely under the old testing cycle. It’s unclear if this latest fuel usage range is for RWD or AWD. 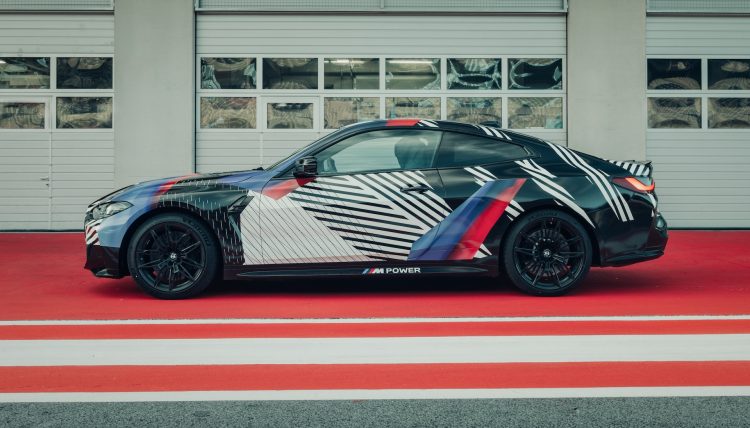 In terms of the M4 GT3, it will compete in selected race events next year. However, from the 2022 season it will fully replace the current M6 GT3 as the top-tier racing car in BMW’s customer offering. Speaking about the cars, BMW M CEO Mark Flasch said:

“The BMW M4 Coupe and its motorsport counterpart BMW M4 GT3 are the icons of the BMW M GmbH and prime examples of the technology transfer from motorsport to series production – and back again. From the outset, both vehicles were developed parallel to each other, so they both have the same genes.”

BMW will officially unveil the new M3 and M4 in September, with market entry expected by the end of the year for some markets.