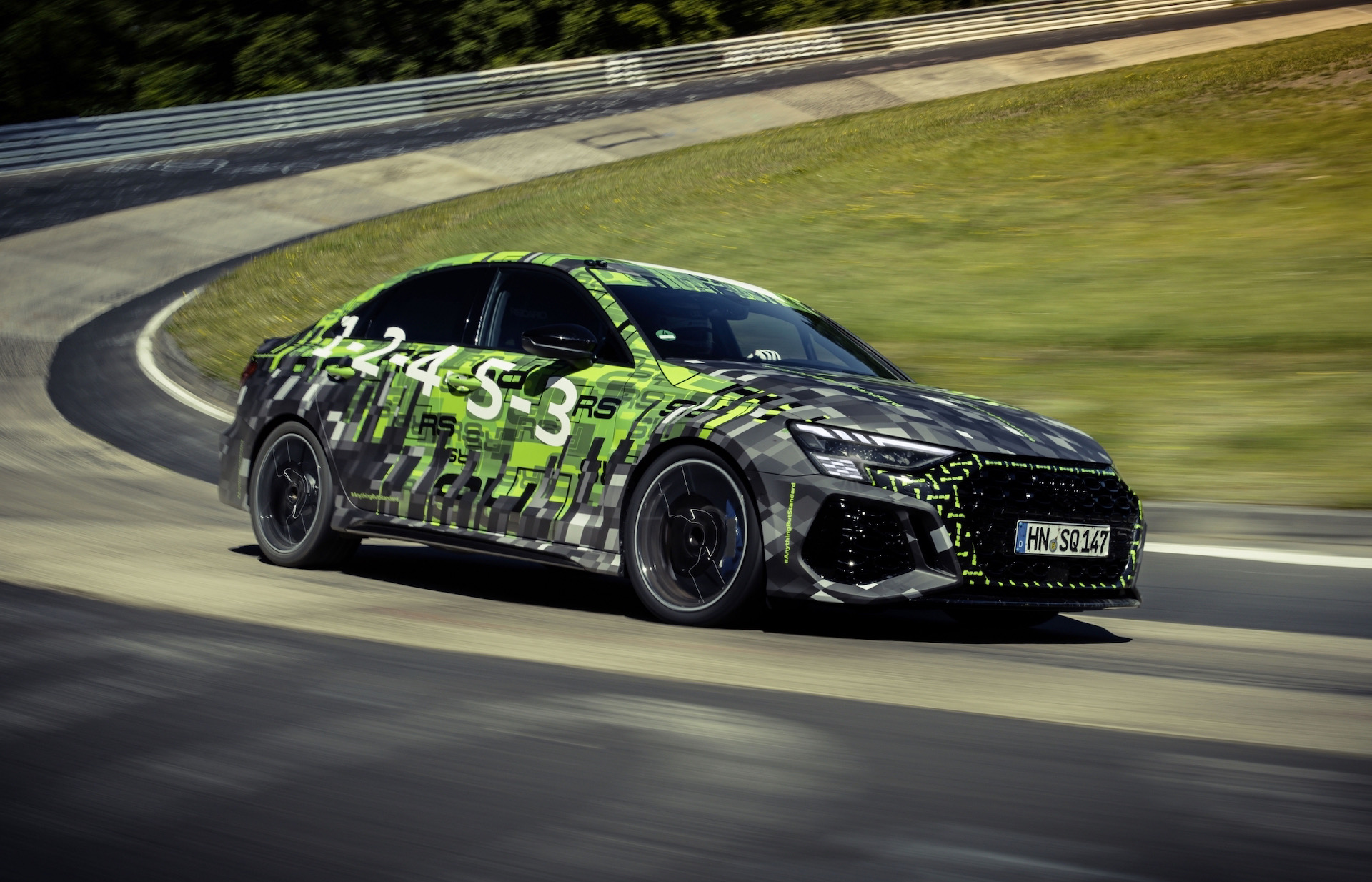 Audi is officially the king of the Nurburgring when it comes to the compact class after setting a blisteringly-fast new lap record with its new 2022 RS 3. 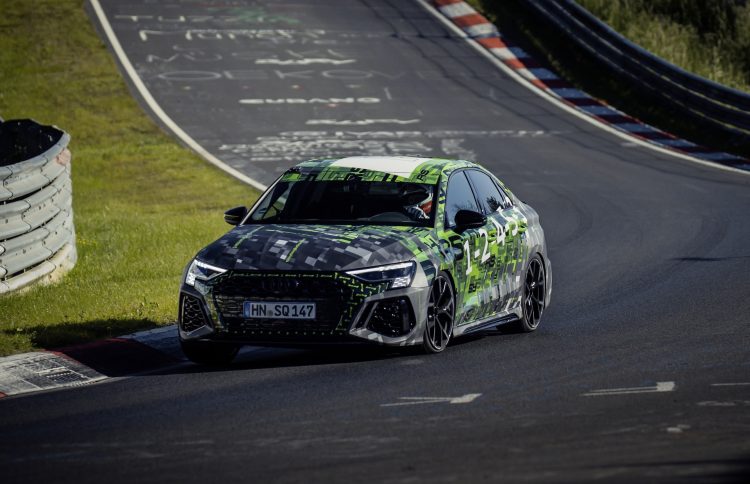 With Audi’s racing and development driver, Frank Stippler, behind the wheel, the hot hatch managed to set a time of 7:40.748 around the Nurburgring, asserting itself as the top of the compact class with a time that equals the likes of the 997-generation Porsche 911 GT3, Mercedes-Benz SLS AMG, and even the Bugatti Veyron. It’s also 4.64 seconds faster than the previous lap record for this class.

The Renault Megane RS Trophy-R has set a time of 7:40.100 in the past, but that didn’t include the 180-metre-or-so strip between the start and finish lines. Including that strip the Megane set a time of 7:45.389.

Audi says that the adoption of a torque splitter for the first time ever in an Audi passenger car was a massive contribution to the lap record, which helped distribute torque over the rear axle. This allowed the little RS 3 to throw down more power during cornering where it was needed most for a faster exit through the bends. 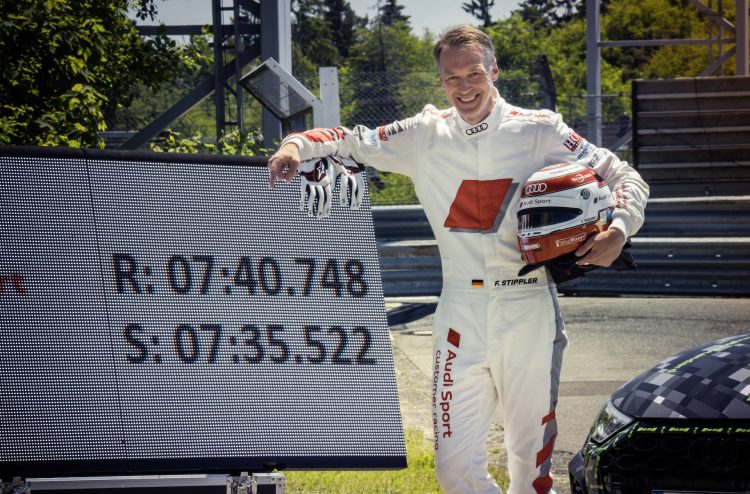 “For me, the torque splitter is a quantum leap in terms of agile driving. In general, the new RS3 is much more agile when driving from the middle of the curve to its end and when accelerating out of the curves. When we started development, we didn’t know just how quickly our compact sportscar would really be on the Nordschleife, but over the course of endurance testing, we determined that we could reach very good times and set a new record.”

The 2022 Audi RS 3 is set to arrive in Australia in the first-half of next year, featuring a massively powerful 2.5-litre turbocharged five-cylinder engine pushing out 294kW and 500Nm. Audi says it sprints from 0-100km/h in 3.8 seconds (also a record), and continues to 290km/h with Audi’s optional RS Dynamic pack installed.