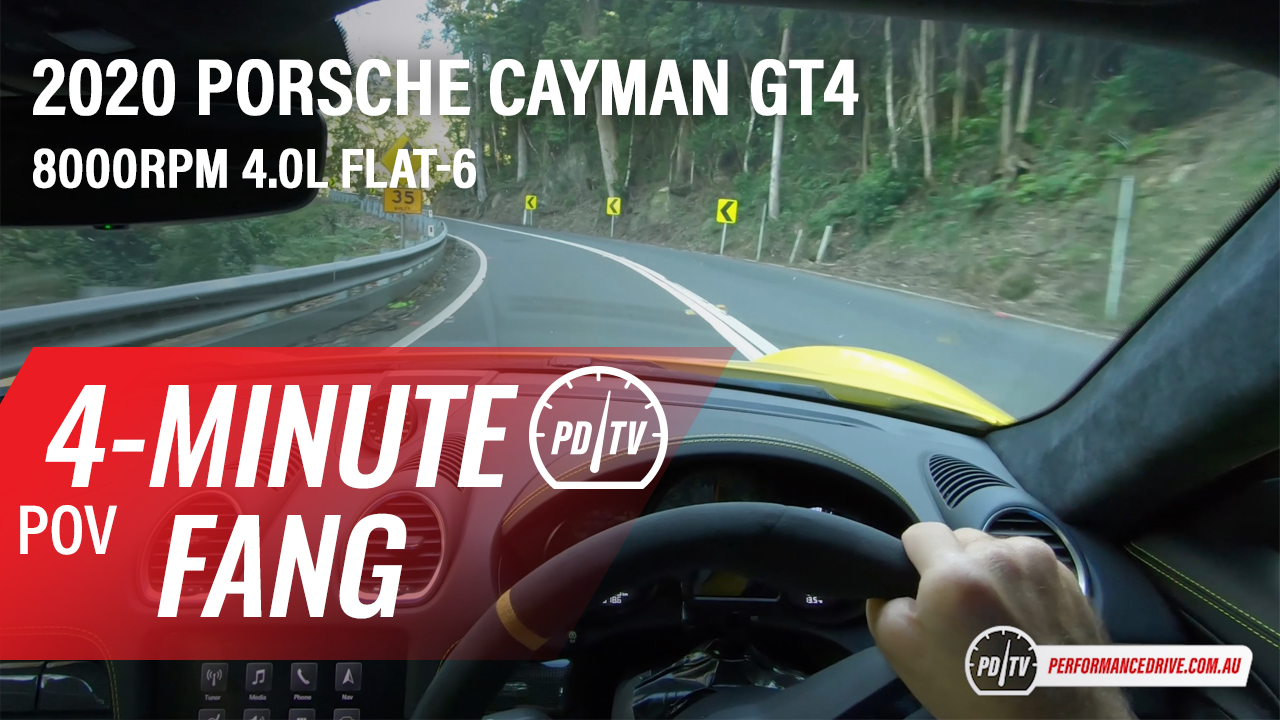 For our second instalment of our new ‘four-minute fang’ POV videos we bring you the 2020 Porsche 718 Cayman GT4. Perhaps one of the purest driving cars currently on the market. It’s essentially a track-ready version of the 718 family. 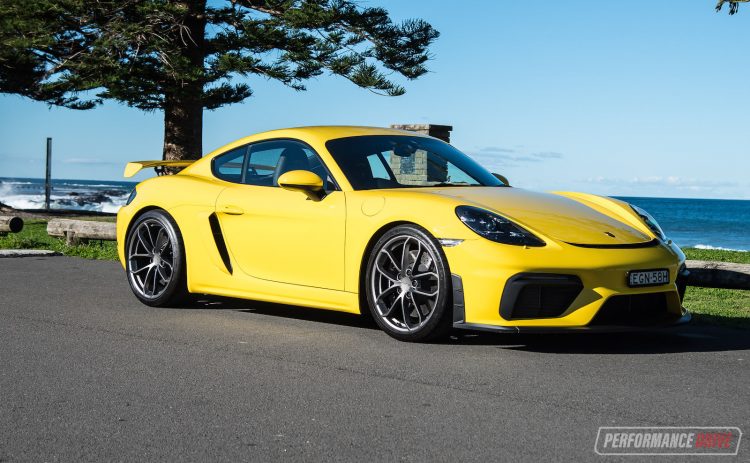 You can probably think of it as like a junior Porsche 911 GT3. In fact, nestled behind the cabin is a 4.0-litre naturally aspirated flat-six engine like what was seen in GT3 models not that long ago. With no turbos to force induction. Instead, this machine breathes the old fashion way.

The engine is built with all of the advance technologies you’d expect for a road-going racing car. Variable valve timing for the dual overhead cams, direct injection with piezo injectors, and a very high compression ratio of 13:1 ensure it provides catapulting straight line speed and of course a spine-tingling soundtrack. Porsche claims 0-100km/h takes just 4.4 seconds. 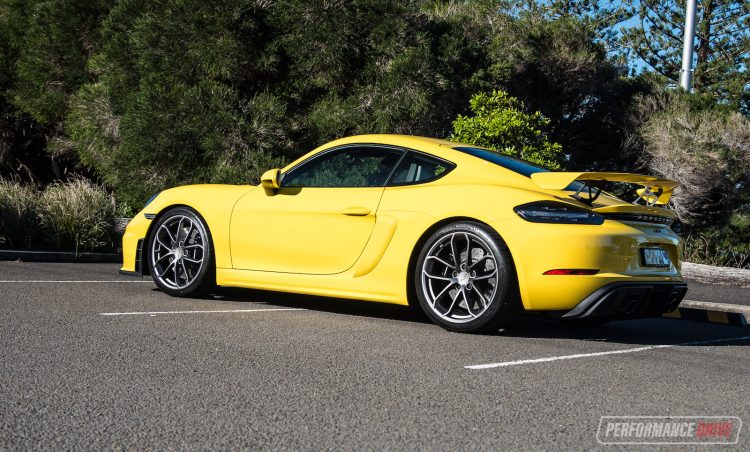 Porsche only offers the GT4 with a manual transmission, and prices in Australia start from $206,600 (excluding on-roads). We will be putting together an in-depth written review and our usual 0-100 and engine sound video in the very near future.

In the meantime, check out our four-minute fang video below. We tried to capture the driving experience for you as best we can, although, it really needs to be driven on a race track to fully appreciate what it’s about. Even on the road, the cornering capability is just immense.