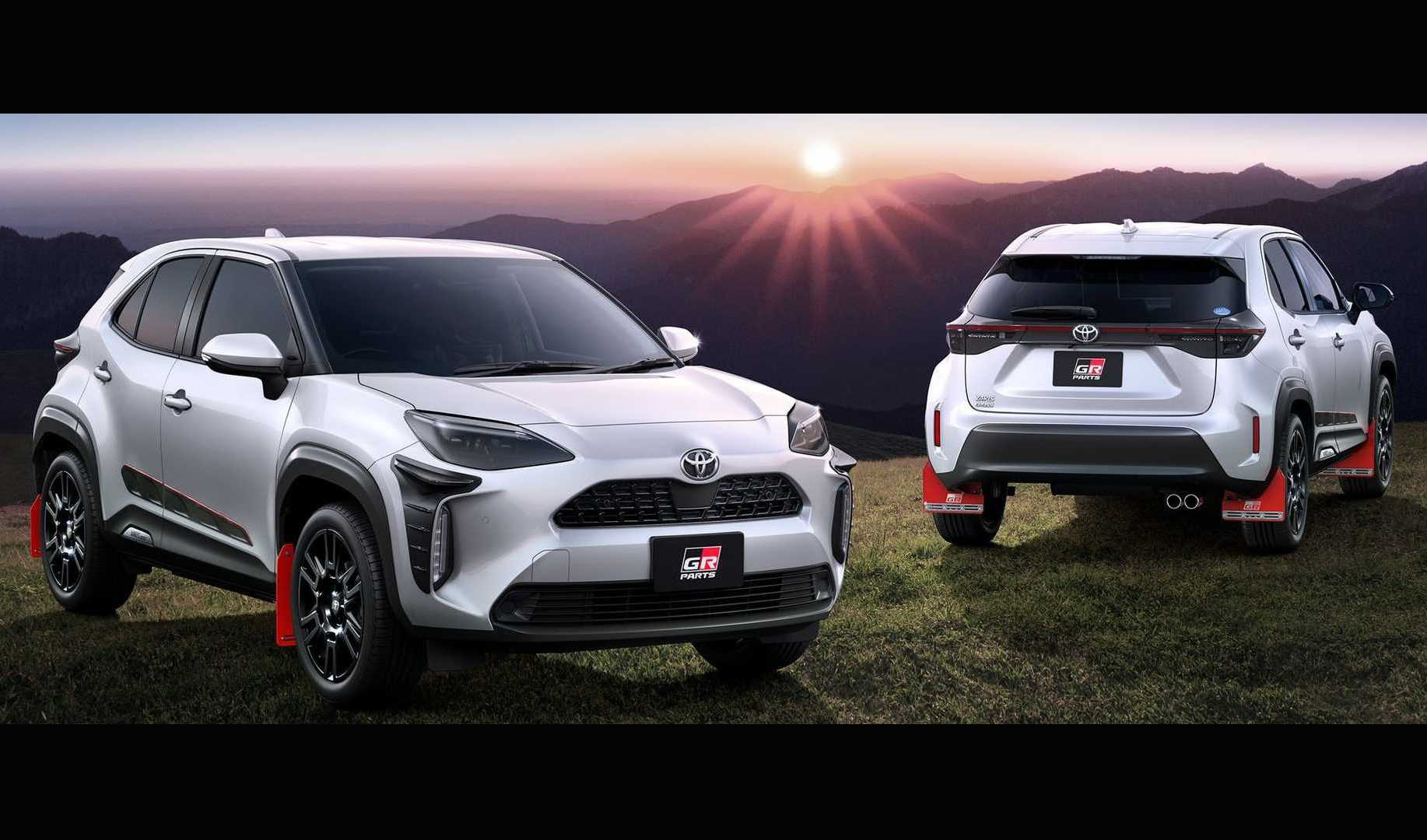 Toyota’s Gazoo Racing partner seems to have gone a bit nuts with the new Yaris Cross, developing a range of enhancements that make it look a customer racing rally car package. There’s even red mud flaps. 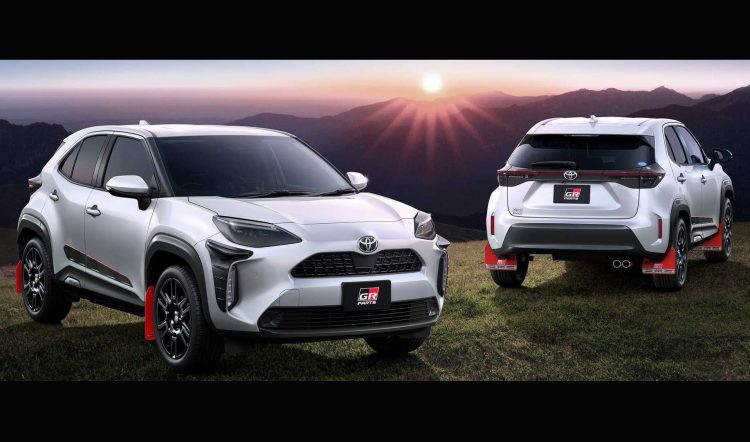 Gazoo Racing is set to offer some degree of enhancement for pretty much all Toyota models going forward. And the Yaris Cross is the next example. It’s based on the new Yaris Cross, which is a slightly raised-up, SUV-like version of the latest-gen Yaris.

So, what sort of fire-cracking engine sits under the bonnet? Unfortunately, this is only an accessories pack. Toyota of Japan will be offering a range of motorsport-inspired upgrades for the little SUV from launch, taking place there during the third quarter of this year.

Highlight upgrades include a unique bodykit with darkened accents around the lower body, tinted rear windows, and a set of 18-inch alloy wheels in black to match. There’s also a bespoke sports exhaust with dual outlets, and yes, red mud flaps for that rally car look. A carbon fibre number plate frame and door handle protectors complete the look.

Although it might look like it’s about to pop off to an anti-lag launch control start in the next rally round, Gazoo Racing is yet to offer anything to substantially improve performance. In standard form the Yaris Cross is offered with a fairly unexciting 1.5-litre three-cylinder hybrid producing 85kW.

These enhancement accessories could be just a sign of things to come, though. Toyota will soon be introducing the GR Yaris, which features a 1.6-litre turbo that develops an impressive 192kW and 360Nm. The GR Yaris will go on sale later this year, including in Australia.

We’re guessing the turbo powertrain from that could easily be stuffed into the Yaris Cross, especially considering both are underpinned by the Toyota New Global Architecture type B platform (TNGA-B). Offering something like a ‘GR Yaris Sport’ could go down very well with consumers.

At the moment there is no real contender for such a vehicle. Hyundai will soon introduce the Kona N, but that’ll be a bit bigger than the Yaris Cross. In other words, Toyota could become the first non-premium manufacturer to offer a hardcore performance compact SUV. What do you think? Would you like to see it happen?

For now Gazoo Racing will be offering the enhancement accessories in Japan only, but that could expand to other market regions in the future.