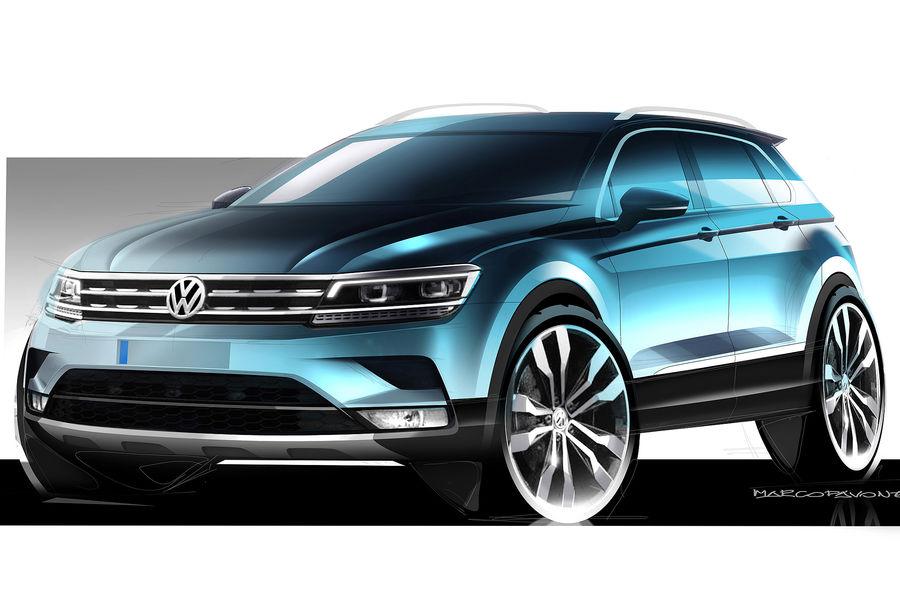 Some original design sketches of the next-gen, 2016 Volkswagen Tiguan SUV have been released, just ahead of its debut at the upcoming Frankfurt show this week. 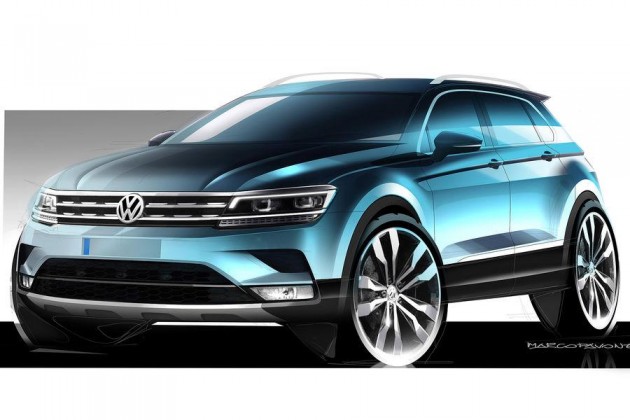 As expected, the new Tiguan will go for a smarter and more sophisticated look. The front end incorporates VW’s latest grille layout which blends directly into the headlights to give the impressive of width.

Being a bit of concept in sketch form, the eventual production version won’t come with the huge wheels as seen here. However, the pronounced wheel arches might carry across. We can also expect the black trimming around the lower sections of the body for that rough and tough SUV character.

The biggest change is set to be what’s underneath it all. You see, the current Tiguan is based on the VW Group PQ35 platform which is seen on the Mk5 Golf from 2003. For the new Tiguan, Volkswagen will adopt the much newer MQB which is found on the latest Mk7 Golf.

With the new platform, some dimensions are set to grow slightly, with shorter front and rear overhangs to open up more cabin and cargo space. The use of more advanced construction materials and more efficient construction methods is also expected to see kerb weight drop by around 70kg, helping with fuel economy, performance, and agility.

As for the powertrains, it is still too early to know for sure, however, reports speculate updated turbocharged petrol and diesel units. There’s talk of a 177kW TDI joining the range, and possibly the 162kW Golf GTI engine for the flagship now that the platform is updated. A 10-speed DSG might also join the lineup later down the track.

All official details and specs will be revealed at the Frankfurt show, which starts on Tuesday. Stay tuned. 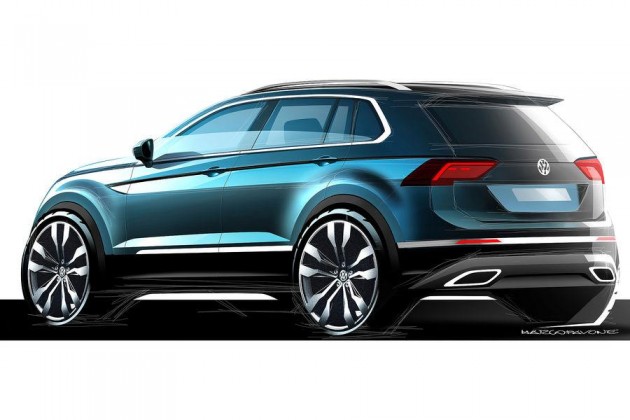