Two intriguing teaser images have been posted on Mercedes-AMG’s Facebook page, hinting at a new addition to the showroom range. There is reason to believe it is an SLS AMG ‘Final Edition’, of sorts, or at least some kind of SLS special edition. 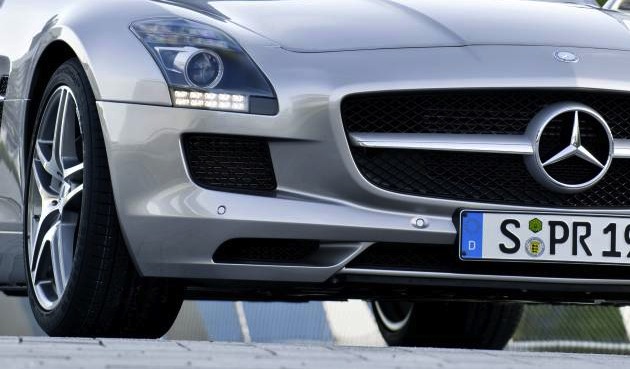 Judging by the width of the front tyre, we could be looking at a rather large, more high-end vehicle as opposed to a smaller segment model. Also, if we take a look at a standard SLS AMG (above), you can see the clear resemblance in the vent detailing and layout, suggesting a possible SLS special edition.

As for the wheel and brakes, well, they are huge six-piston items which means we are looking at something quite serious. And again, likely a larger vehicle as opposed to a smaller one. Mercedes-AMG has simply said,

“Want to take a glimpse into the future? Over the next few days we will uncover a new member of the AMG family, bit by bit. This first picture shows a front splitter made of visible carbon.”

We’ll be sure to follow this one up when the unveiling takes place.