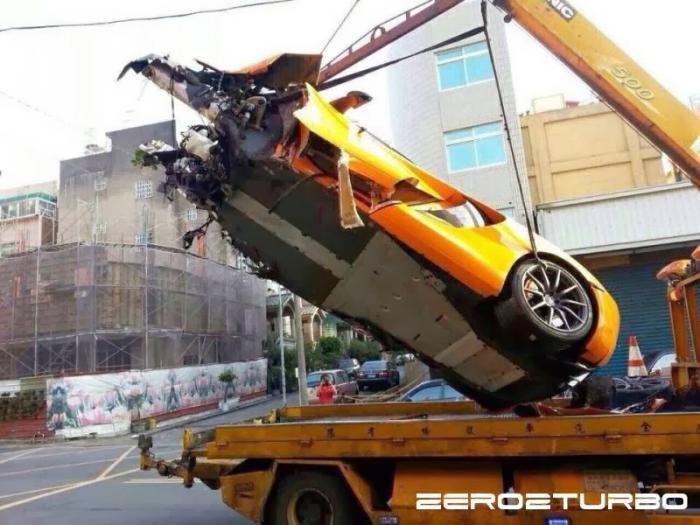 A man in Taiwan is lucky to be alive after crashing his McLaren 12C earlier this week, hitting a pole at high speed. The impact tore apart the twin-turbo supercar, almost beyond recognition. 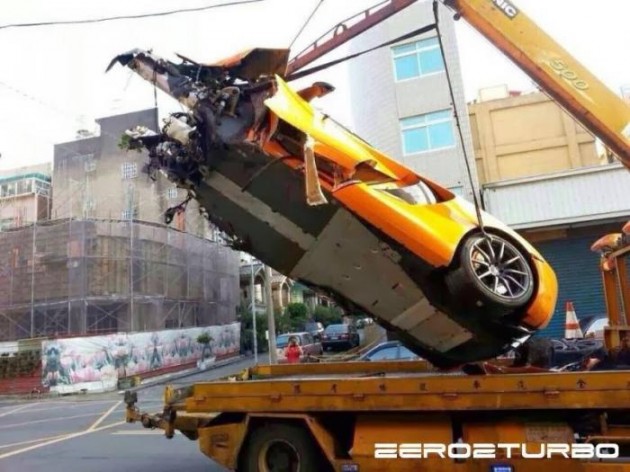 Specific details on how the crash happened are still unclear. It’s understood the driver was speeding just before losing control of the rear-wheel drive 460kW V8, only to end up stopping abruptly at a pole.

As you can see by the images, first published by Zero2Turbo, the front end has taken the brunt of the impact. The only part left of the nose are the two chassis protrusions. Most of the sides are also peeled off, leaving only the main carbon fibre cabin structure.

Thanks to the rigid carbon fibre tub, the driver somehow escaped the impact without serious injury. He was admitted to hospital for thorough checks.