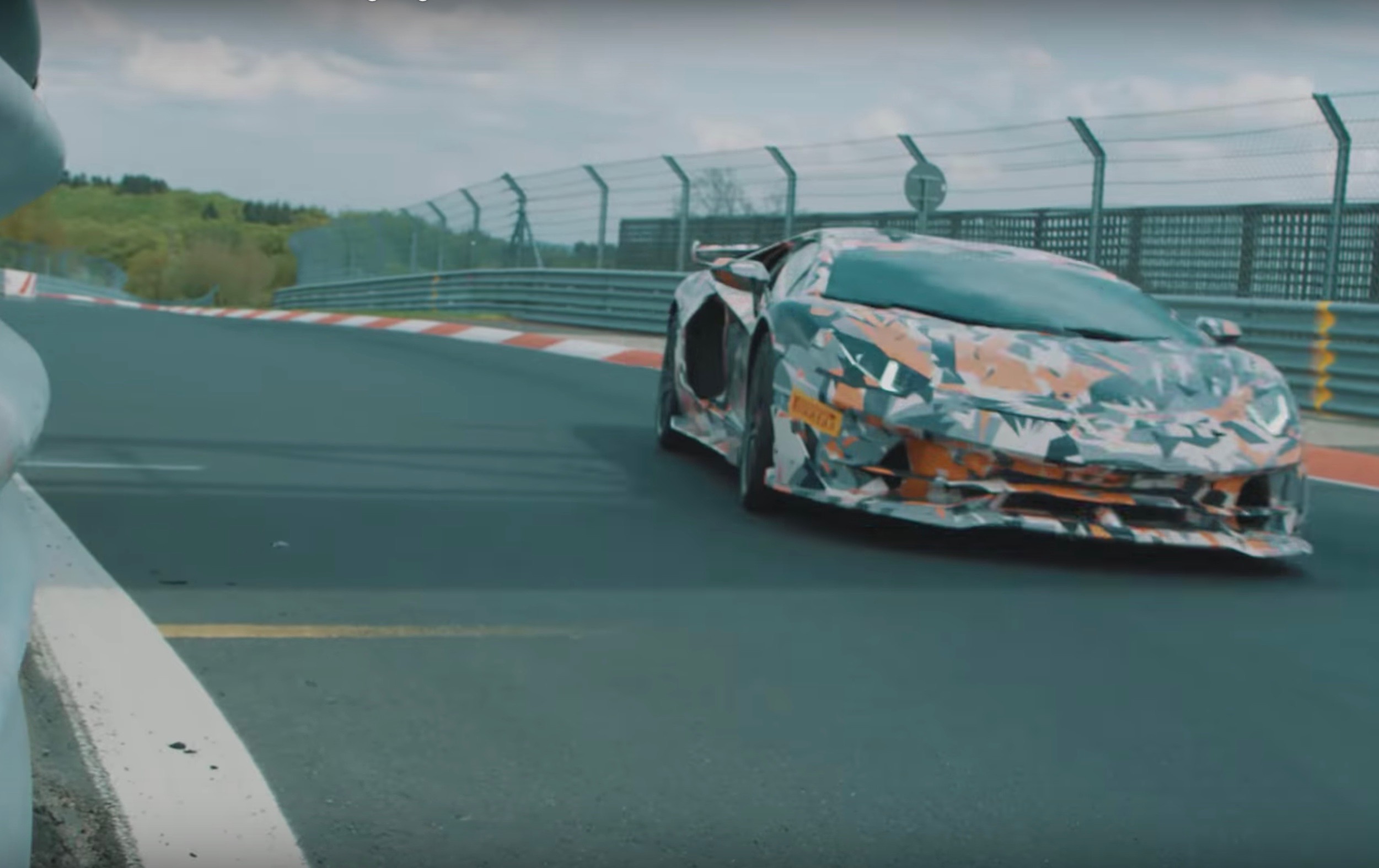 Following a number of spy videos and photos, and plenty of rumours, Lamborghini has now confirmed it is working on a new flagship model called the Aventador SVJ. 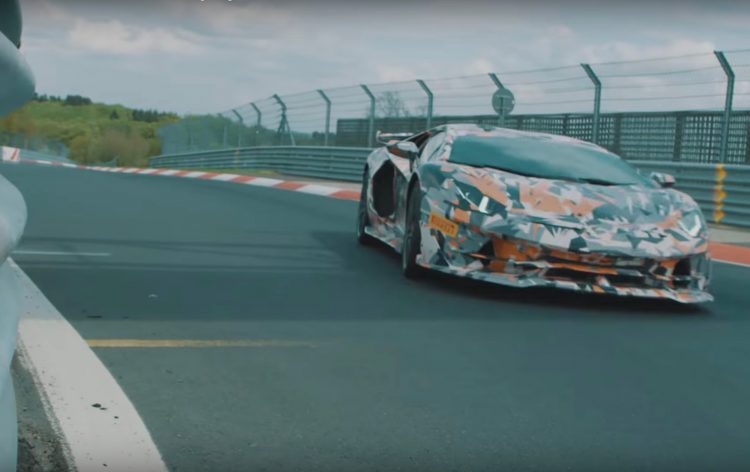 The Italian company has released a video onto YouTube showing a prototype during its stints at the Nurburgring. This could suggest Lamborghini is looking to reset the lap record at the famous German circuit. This would mean beating the amazingly quick Porsche 911 GT2 RS and its recent record-breaking lap of 6.47.3.

In the 28-second video, we get a pretty decent close-up look at the Lamborghini Aventador SVJ. It showcases massive intakes in the side of the body, and there appears to be a low front splitter with unique fins, side skirts, and a big rear wing mounted on three struts.

According to reports the SVJ, named after the Jota models of the past, will come with an enhanced engine. The 6.5-litre V12 might be tuned to produce around 800PS (589kW). So far the most powerful version has been the Aventador SV, producing 552kW, followed by the Aventador S and its 544kW output.

With more power on board, and, by the looks of it, some serious aero and potentially some reduced weight, the SVJ could have the potential to break plenty of records. Will it take the Nurburgring crown for a production car? We’ll have to wait and see.

Given the prototype looks pretty much in factory trim aside from the disorienting camouflage wrap, Lamborghini will probably unveil the car very soon. Check out the video below for a preview.