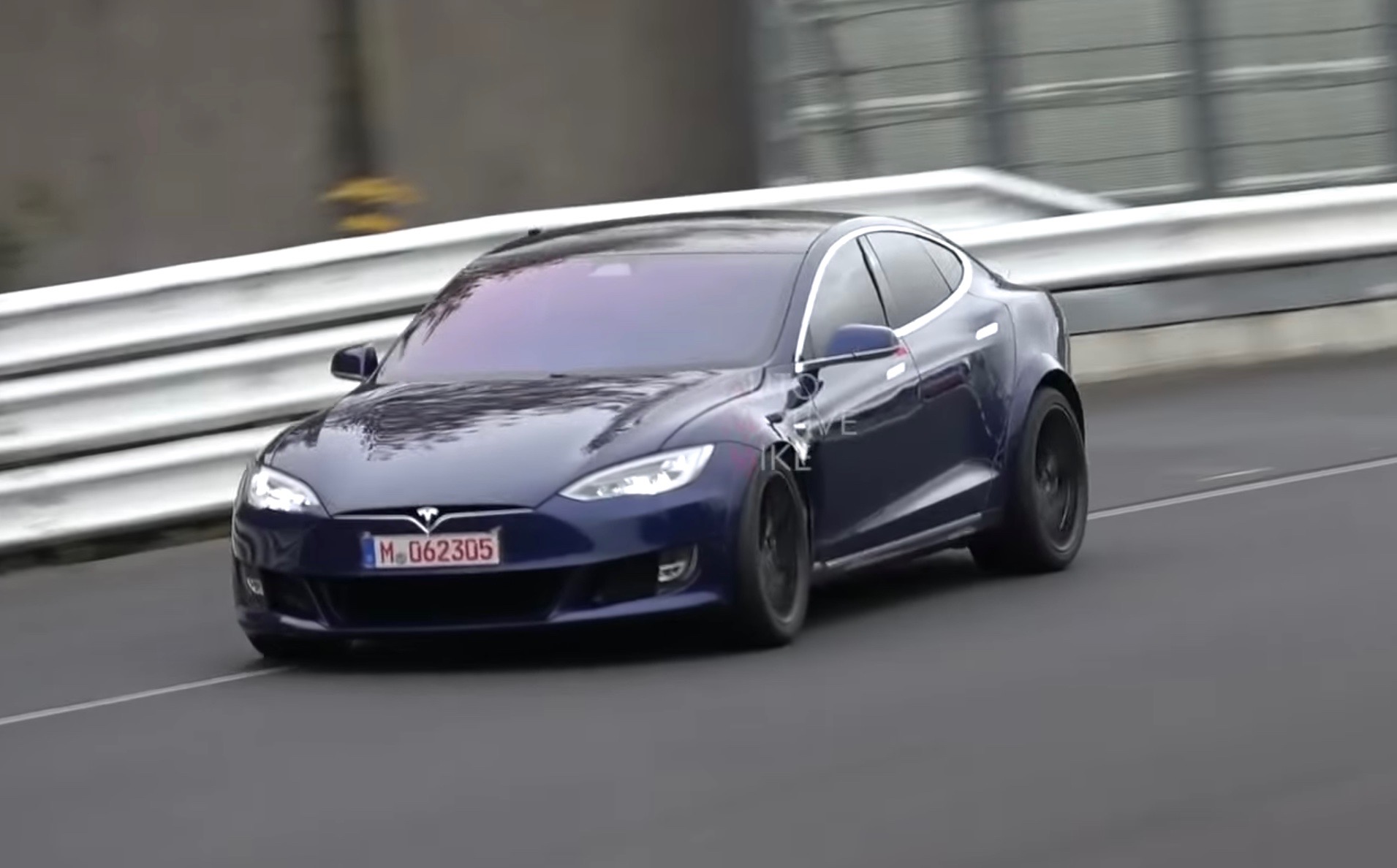 Tesla has been spotted once again testing some Model S prototypes around the Nurburgring in Germany, following previous runs at the track last month. 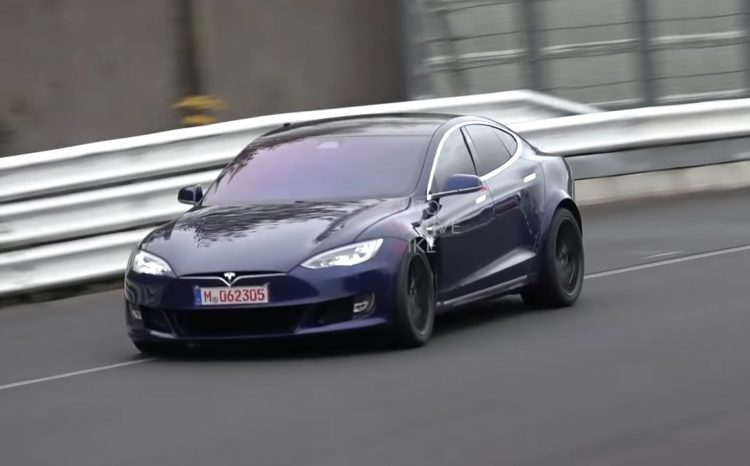 This all started about a month ago when company boss Elon Musk was asked on Twitter when the company is going to take on the Nurburgring. Musk replied, at the time, that the Model S is already there. He also confirmed a new, more powerful powertrain being in the works called ‘Plaid’.

Later last month the company itself then sent out a Tweet, saying a Model S with the Plaid system could achieve a lap in 7:20. It also said that with some improvements, 7:05 might be possible, specifically, “when the Model S returns next month”.

Well, now it is “next month” and low and behold, the Model S is back. Two examples were spotted taking on the German track, including a dark blue prototype and a red prototype. Both feature unique pumped wheel arches, a lip spoiler at the rear, deep dish lightweight alloy wheels, and sticky track-ready tyres.

It’s unknown what Tesla is trying to do here exactly. Could it be looking to claim the lap record for a production four-door electric vehicle? The record is currently in the hands of the Porsche Taycan, which posted a lap in 7:42. Or is Tesla simply demonstrating the potential of its technology?

A proper record might not be set however, because technically these are not production-spec vehicles. However, they do give us some clue of what could be possible in the Model S Plaid package which is set to arrive next year. We suspect more details will be revealed very soon. Check them out below.