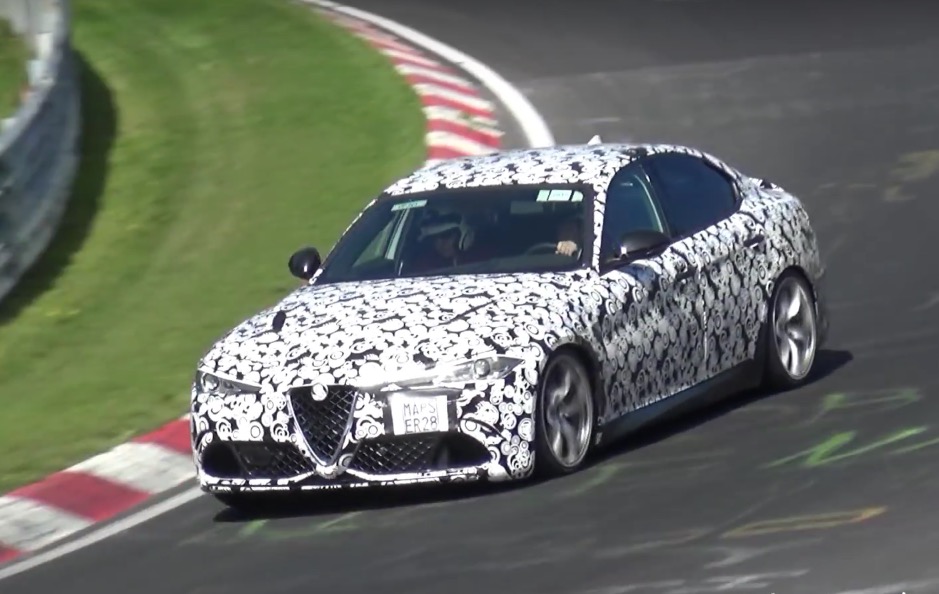 Alfa Romeo seems to be making some final tweaks and calibration to the epic new Giulia QV high-performance sedan, which will go up against the likes of the BMW M3 and Mercedes-AMG C 63 when it arrives on the market next year. 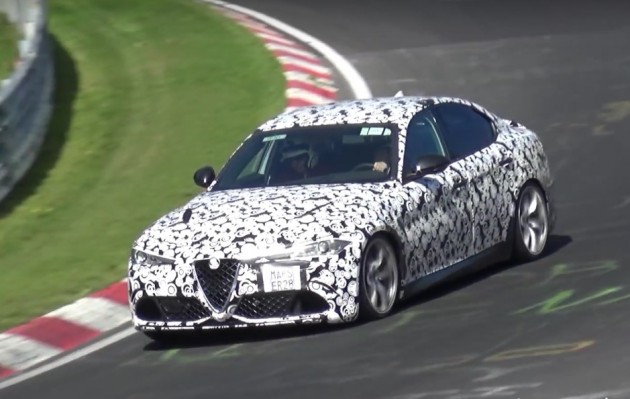 The Italian company has already revealed the Giulia QV, including the specs of the engine. But this doesn’t necessarily mean everything has been tuned to work together at the absolute prime.

Two prototypes have been seen belting around the Nurburgring in Germany, pushing right to the limits. This suggests the engineers are now making final adjustments to get the setup just right before it goes into production.

In the engine compartment is 2.9-litre twin-turbo V6 engine developed by Ferrari. It produces a mental 375kW of power, or enough to see 0-100km/h done and dusted in just 3.9 seconds.

You might notice the engine sounds a bit strange in the prototypes. This might be for testing purposes only though, as the production car is expected to sound nothing short of sensational. Engineers could simply be using a more muffled exhaust for emissions or disguise purposes.

The complete Giulia range will be unveiled at the Frankfurt Motor Show next month, including the entry-level models which have thus far not been shown. It all starts on September 15.