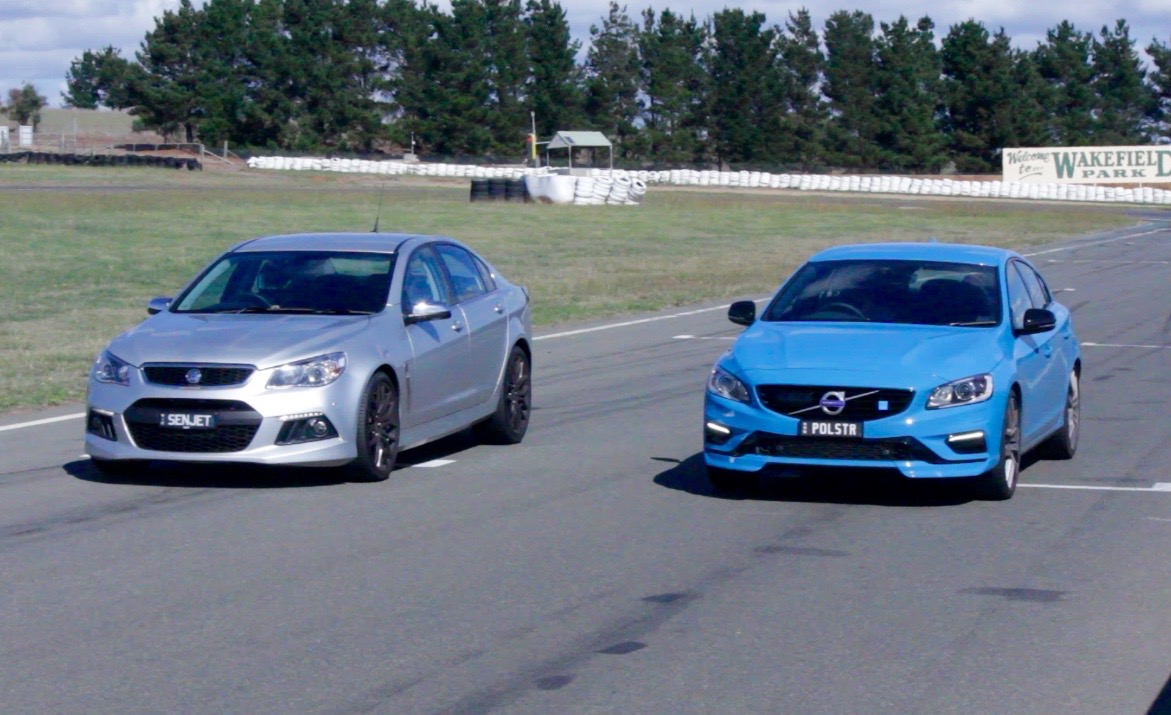 It’s the age-old contest; turbo versus V8. The HSV Senator Signature and Volvo S60 Polestar might not seem like direct competitors, but out on the track in the world of V8 Supercars, the origins of these two are in a very close battle. It turns out, the road-going counterparts are also very close. 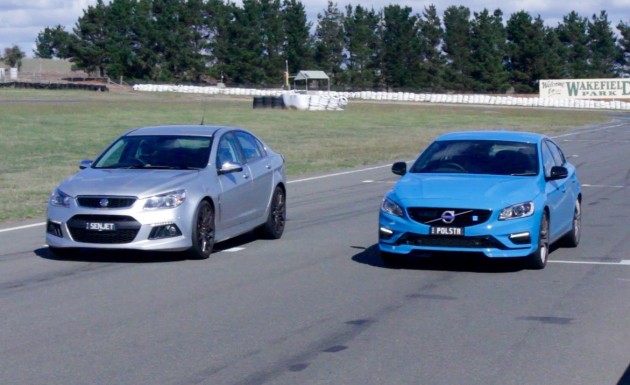 PerformanceDrive had the chance to explore the performance of the two at a recent GP EXEC private track day at Wakefield Park, near Goulburn. We’ll be putting a full comparison review together in the coming weeks but to give you a snapshot of their performance, we thought we’d put together a quick, old-fashion drag race for you.

Using the main straight at Wakefield Park (main section about 450 metres) we ran the two side by side in a number of races. Once we figured out the best way to get the two off the line, we came to these two races in the video below. It is, as you’ll see, very close despite the big difference in power and torque output.

The HSV uses a 6.2-litre naturally aspirated V8 thumping out 340kW and 570Nm. It’s matched up to a conventional six-speed automatic transmission with rear-wheel drive. It tips the scales at 1743kg, providing a power-to-weight ratio of 5.12kg:1kW.

From the land of the massage and IKEA furniture, the S60-based Polestar uses a 3.0-litre turbocharged straight-six producing 257kW and 500Nm. The Polestar-tuned engine is matched up to a conventional six-speed auto with a Haldex all-wheel drive system. It weighs in at 1684kg, presenting a power-to-weight ratio of 6.55kg:1kW.

Stay tuned for our comparison test, including some POV hot lap videos.