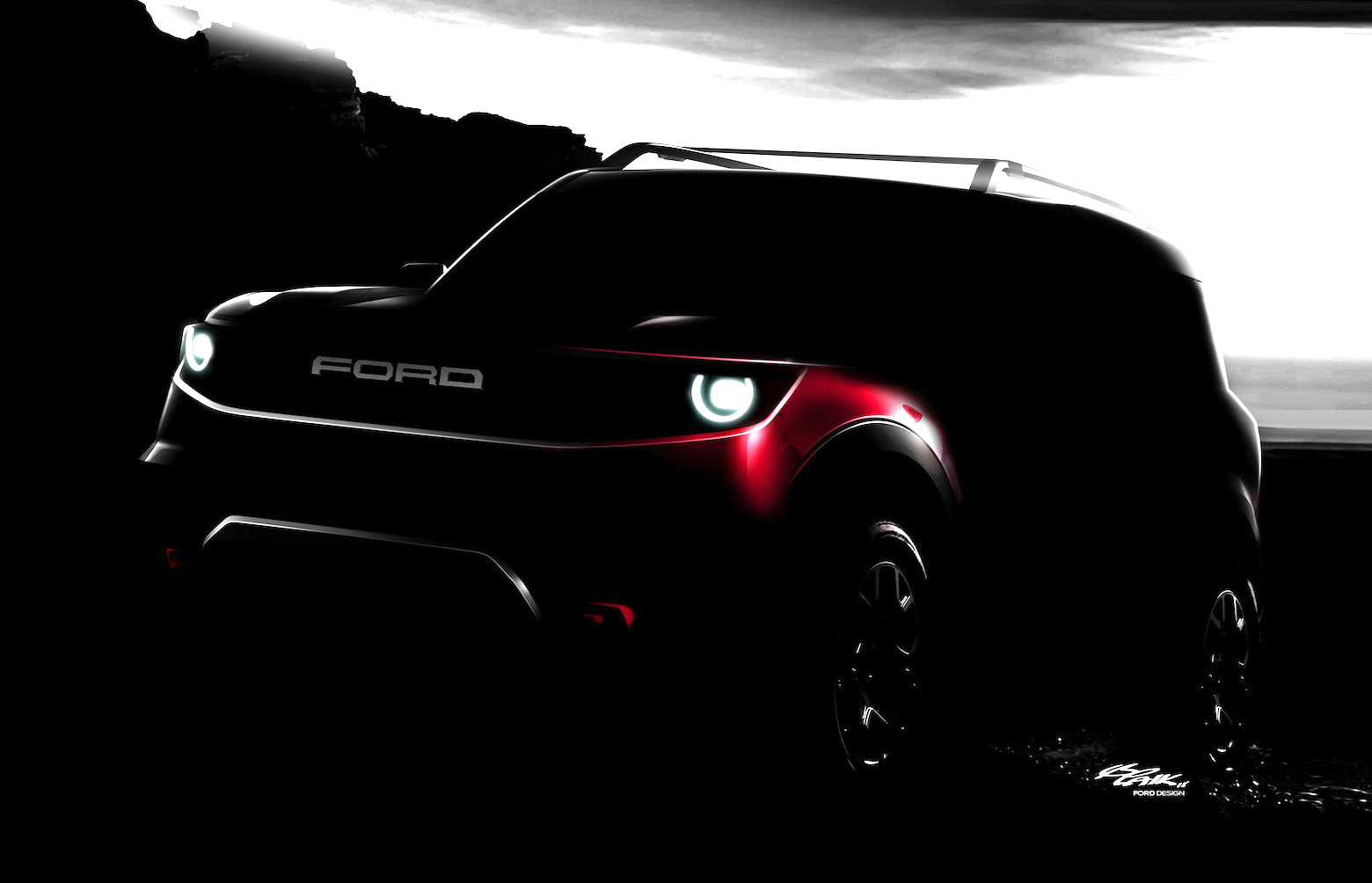 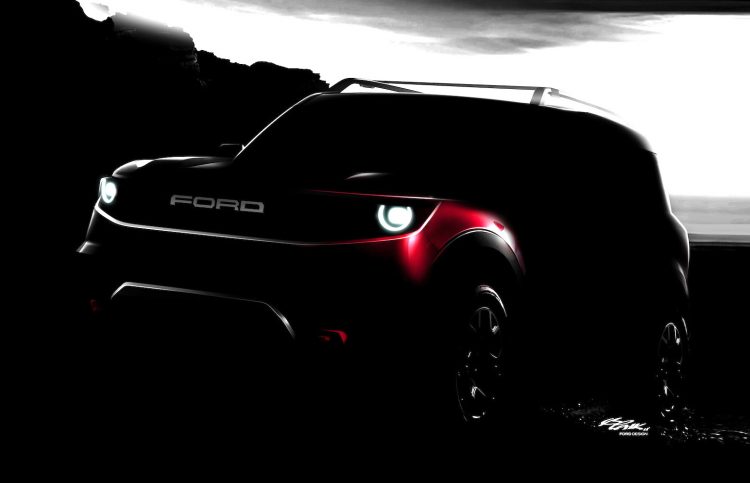 According to a Reuters report, citing a top executive at Ford, the new model will share parts from both the Escape and the latest Focus. It’s also set to borrow the platform from the Focus, which could give us some indication of the baby Bronco’s size.

It’s set to feature “offroad positioning and imagery,” and also a heavy price tag, according to Hau Thai-Tang, executive vice president of product development and purchasing, who was speaking at a New York investor conference.

According to another source cited in the report, the new compact SUV model is being designed to evoke the spirit of the old ‘60s Ford Bronco offroader and could debut as early as next year, although a 2020 release seems more likely at this point. The image above was released with a Ford Bronco preview, as Ford outlined some of its future plans which included confirmation of eight new SUVs by 2020.

Ford unveiled a Bronco concept back at the 2004 Detroit auto show, but the concept never became a reality. Ford last year announced plans to launch a mid-sized Bronco model, based on the existing Ranger pickup platform for the model year 2020.

Thai-Tang, the man teasing the upcoming model, says it has been created to reflect Ford’s adaptive product development process. The company is aiming to utilise flexible vehicle architectures, and increase the commonality of its parts to ultimately speed up the time new products take to reach the market.

Ford has previously announced plans to scale back production of passenger cars in the US, perhaps even phasing out availability of the Focus and Fusion (Mondeo) due to decreasing sales in North America. A new ‘Focus Active’ could help to soak up some of the market gaps.