Could this be the biggest engine in the world? It’s made by a company called Wartsila in Finland and it powers one of the biggest transport ships around today, the Emma Maersk. 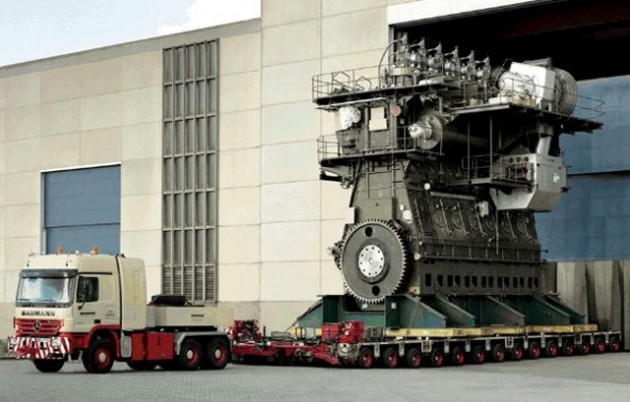 It’s basically a four-story-high 1820-litre diesel 14-cylinder engine that churns out a truly colossal 81,314kW of power and 7.6 million Newton-metres of torque.

Measuring 27.4 metres in length and 13.4 metres in height, each piston is easily big enough for a bunch of humans to stand on.

It may not be a performance engine, reaching peak power at a chugging 102rpm, but it is capable of pulling the ship to 50km/h on water – not bad for a unit that weighs 170,000 ton and is 50 percent larger than the Titanic.