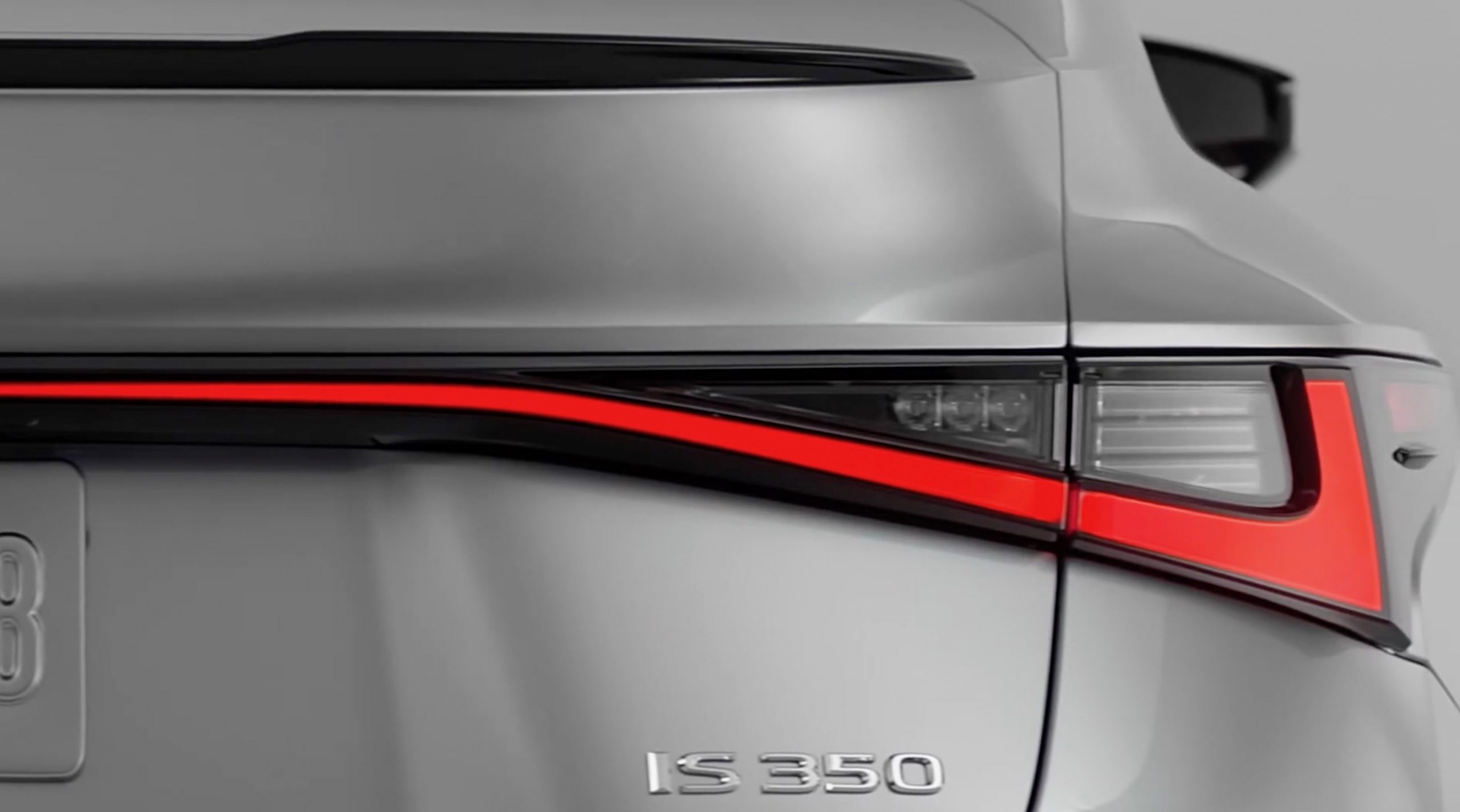 It was originally scheduled to be unveiled on Wednesday, June 10, but Lexus decided to postpone the debut of its 2021 IS sedan due to what it called the global situation. Now it’s back on for June 16. Fortunately, Lexus has sent out a more revealing teaser of the new model following the typical, dark and shadowy teaser we got a couple of weeks ago. This time we get a glimpse of the C-pillar, some of the roofline, and upper section of the rear door and window. A video is also provided (below), revealing a big chunk of the rear end.

Upon close inspection, it does look like there are some fairly drastic changes in store, at least in terms of the design. The way the rear of the roofline flows down to the C-pillar, it’s much more linear, with a smoother, uninterrupted curve than the current model (pictured below). The door handles look pretty much exactly the same as the current model, and then above them you’ll notice the door skin actually rises right up to meet the pointed window trim.

Other subtle differences include the fuel filler cap, which is now part of a curvier rear quarter panel rather than the current, sharply-stepped arrangement. And then in the video we get a good look at that full-width taillight that was previewed earlier. A discreet black lip spoiler is also revealed, which could be part of the new F Sport pack, and there’s clear confirmation the IS 350 badge will continue.

As far as we know this won’t be a full generation change but rather a big facelift. There has been talk of some new variants coming in, including a 3.5-litre twin-turbo V6 option and even rumours of a 5.0-litre naturally aspirated V8. However, we’re not sure if these might be destined for the next-gen model. Maybe this is the all-new fourth-generation model? Lexus hasn’t confirmed. The first-generation Lexus IS was in production for six years from 1999 until 2005. And then the second-gen for eight years from 2005 until 2013. The current, third-generation model commenced production in 2013, which means it’s now in its seventh year; right on time for a new generation to appear.

Lexus has started to apply the Toyota New Global Architecture (TNGA) to some of vehicles, such as the latest LS and LC flagship sedan and coupe, as well as the UX small SUV. The IS is yet to make the switch.

Needless to say, it will be very interesting to see what Lexus has done for the 2021 model. All will be revealed on June 16 at 9am (AEST). Stay tuned.