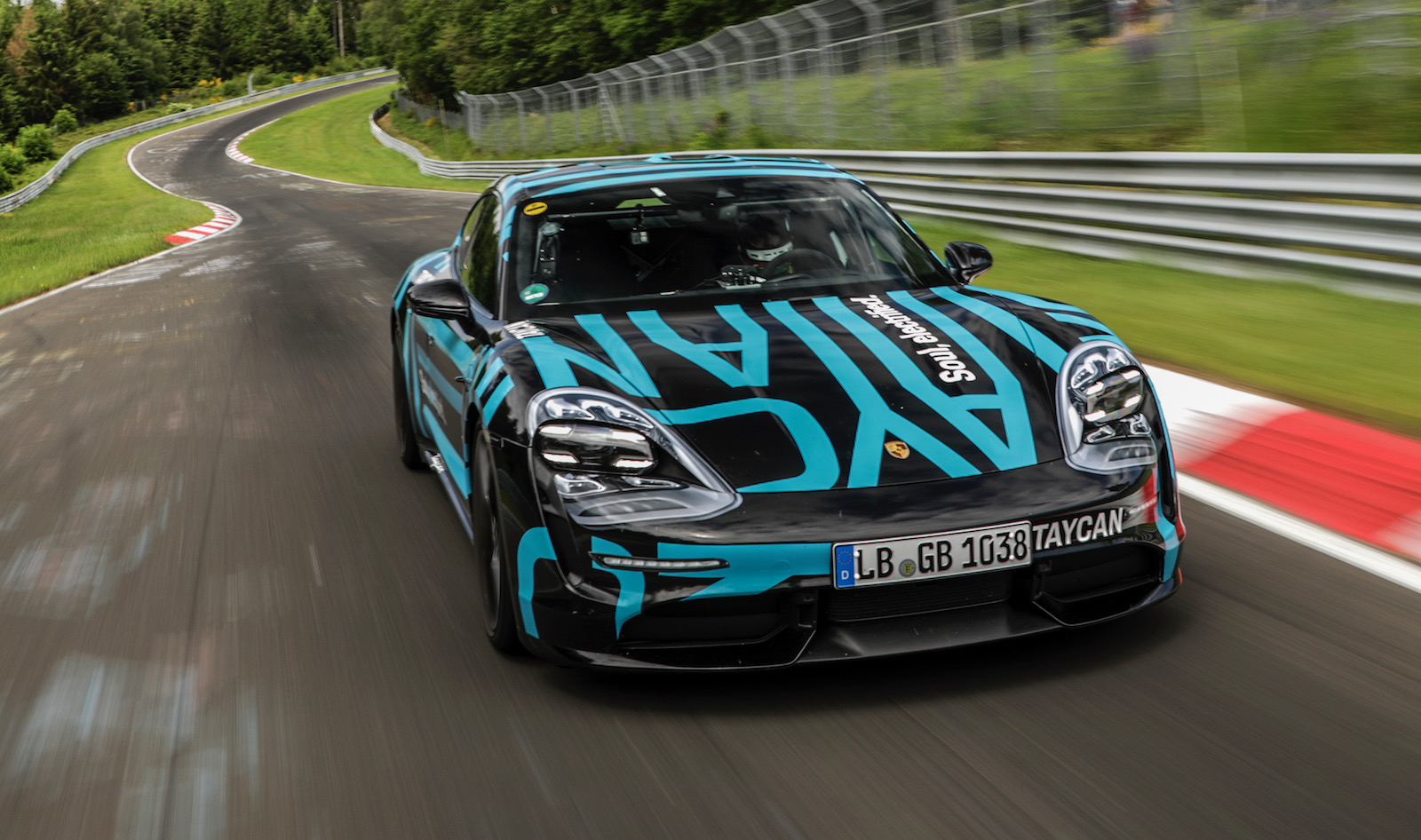 Yes, it has done it. And it’s not even out yet. The Porsche Taycan has set a new lap record around the Nurburgring for a four-door electric sports car. 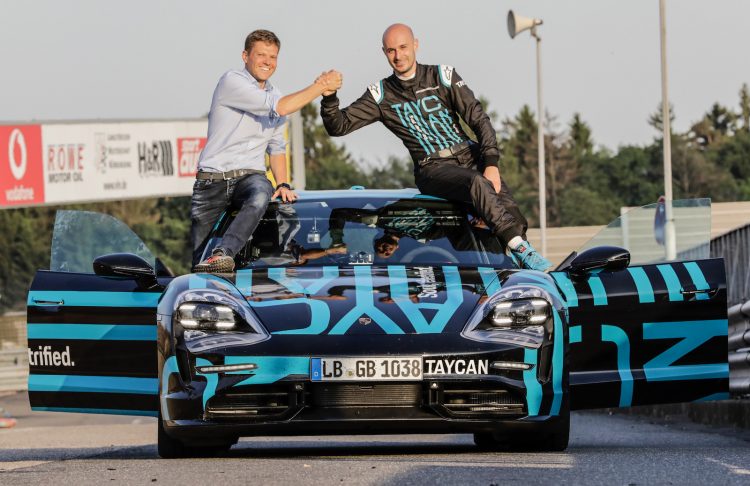 A pre-production model recently went around the 20.6km course in 7:42, with Porsche 911 GT3 R racing car driver, Lars Kern, behind the wheel. This is the quickest time ever set by a production-based, road-legal electric four-door.

Development of the Taycan is very much at the pointy end now. It just completed what Porsche calls its “Triple Endurance Run” testing stage. It successfully demonstrated repeatable performance with 26 consecutive 0-200km/h runs in under 10 seconds. It also ran for 24 hours at the high-speed Nardo proving ground. And now it has left its mark at the famous Nurburgring.

Porsche says one of the keys to the Nurburgring achievement was thanks to the Taycan’s thermal management of its electric system. This helps to provide repeatable performance as well. Obviously the other element that helped with the Nurburgring time was the 440kW-plus powertrain. 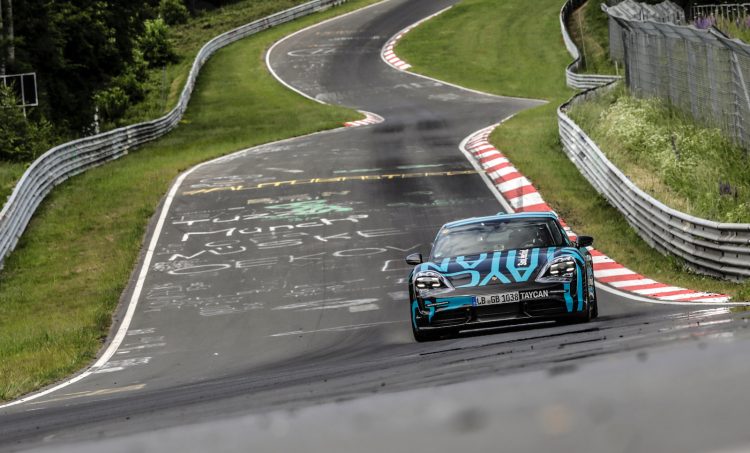 Final specs haven’t been confirmed just yet, but Porsche says power from the 800V system is directed via an electric motor at the front axle and another at the rear axle. The advanced all-wheel drive system is paired with the traction control system so if one wheel has more slip, the motors can regulate the distribution within a fraction of second for optimum performance.

Porsche says the Taycan also uses what it calls Porsche 4D-Chassis Control. This is a real-time chassis control system that synchronises everything from the adaptive air suspension, the electromechanical roll stabilisation system, and the Porsche Torque Vectoring Plus system.

The company has put together a video of the lap record, which gives us an opportunity to check out the Taycan’s driving performance from the driver’s perspective for the first time. Speaking of which, driver Lars Kern spoke of the lap, saying:

“The Taycan is also suitable for race tracks and it convincingly proved that here on the world’s most challenging circuit. Again and again, I am impressed at how stable the all-electric sports car handles in high-speed sections, such as Kesselchen, and how neutrally it accelerates from tight sections, such as Adenauer Forst.”

Check out the video below to see how it went. The full reveal is scheduled for September 4 next week. Stay tuned.