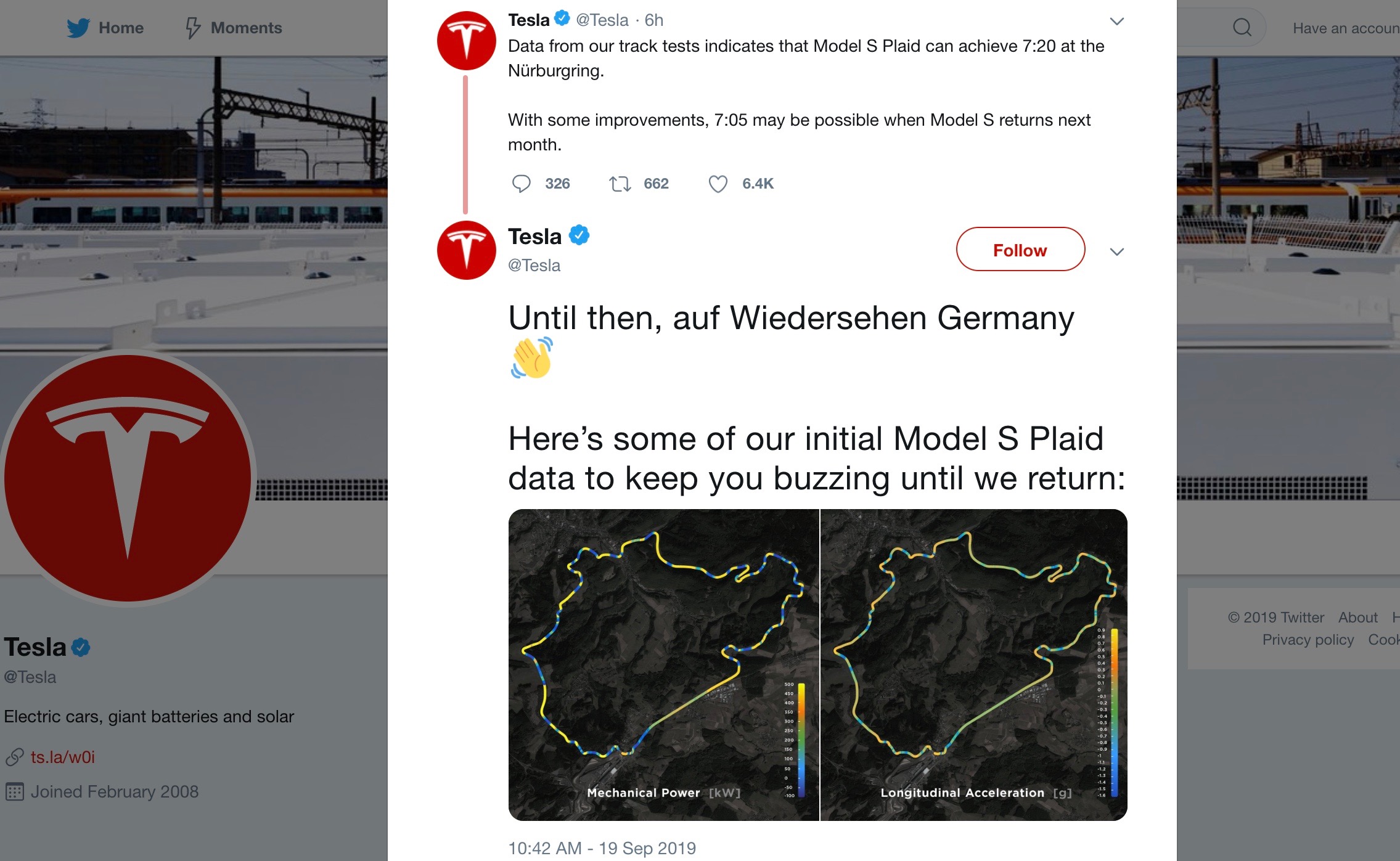 Tesla is still busy at the Nurburgring sorting out its new Model S Plaid powertrain, but now the company has confirmed the car is capable of lapping the circuit in 7:20. And there is still more left in it, the company proclaims.

Data from our track tests indicates that Model S Plaid can achieve 7:20 at the Nürburgring.

With some improvements, 7:05 may be possible when Model S returns next month.

In a recent Tweet, Tesla confirmed it is testing the new Plaid powertrain at the Nurburgring. This follows the messages from company boss Elon Musk, who last week said the company is at the track to find an official lap time.

The recent message says the “Model S Plaid can achieve 7:20” at the ‘Ring, but also adds that “with some improvements, 7:05 may be possible”. It has even sent out some images showing data from the completed laps.

With a time of 7:20, the Model S Plaid is the quickest four-door electric vehicle around the circuit, beating Porsche’s recent record-setting lap of 7:42 in the Taycan. However, due to various modifications to the Tesla test car, such as special prototype Goodyear Eagle F1 Supersport RS tyres, and changes to the bodywork, we can’t really say this is a production car.

Even so, it does give us some indication of what to expect from the upcoming Plaid powertrain. Elon Musk said it will become available for the Roadster, Model S and Model X next year. We don’t know the full specs, but there’s word that suggests it involves three electric motors.

With more testing scheduled for next month, we anticipate an official announcement from Tesla outlining more details soon. Stay tuned.