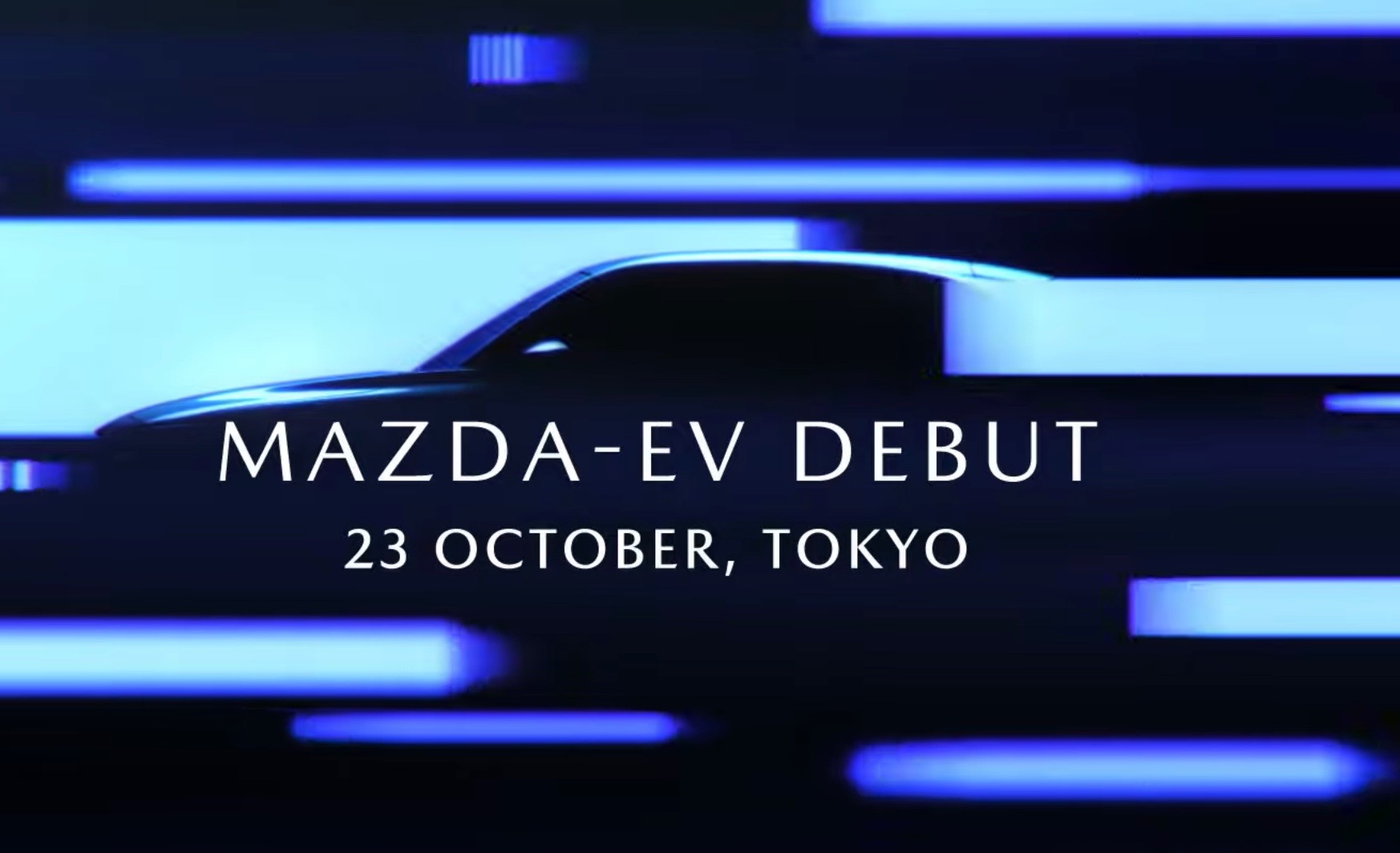 Mazda has sent out another teaser of its all-new EV that it plans to unveil at the 2019 Tokyo Motor Show later this week. The company confirms the new EV will showcase a ‘Human Modern’ design language, expanding from its Kodo – Soul of Motion theme. 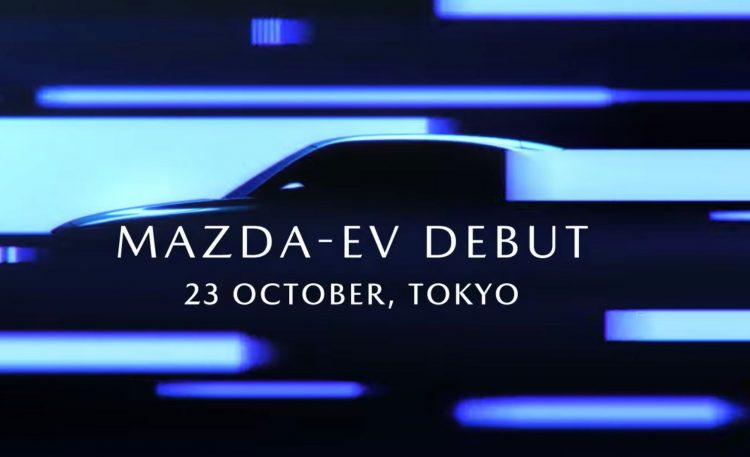 The teaser video (below) gives us a very brief glimpse of the side profile of the car, and, probably as no surprise, it does seem to take the shape of an SUV or crossover of some kind. We already had some hints of this direction earlier this year with the CX-30 prototype, which Mazda has been using to develop the electric powertrain.

However, even though the prototype was based on the CX-30, this is set to be an all-new vehicle with a completely different design inside and out. Mazda says the designers carried through the themes from previous designs, while also exploring new directions that are focused on futuristic values and changing lifestyles. In a statement, the company said:

“Based on a ‘Human Modern’ design concept, this new approach has resulted in an original design that embodies the expansion of Kodo’s expressive range. The overall form is uncompromisingly simple to emphasize the beauty of its solid mass, a coupe-like cabin achieves a lightweight look by adopting a unique door concept, and the front face bears a friendly expression.” 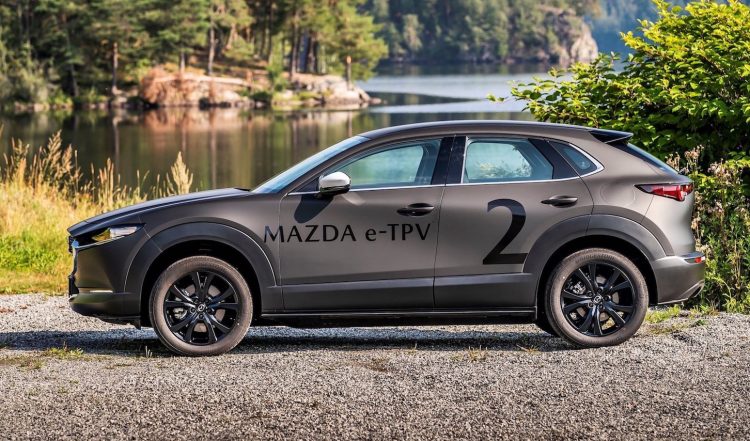 As for the specs, we still aren’t given anything concrete. But, if we take a look at the CX-30 prototype, called the e-TPV, we might have some clues. It features a 35.5kWh battery system that delivers 105kW and 264Nm to an electric motor at the front axle. No details on the range have been revealed for this system.

The new model will come in as Mazda’s first move into the electric vehicle market. At the moment the company doesn’t really offer any form of electrification for any showroom models. We suspect this is just the tip of the iceberg. Like many carmakers, Mazda will be looking to reduce its overall emissions and consumption across its fleet average, and bringing in an electric vehicle is a good way to do that.

All will be revealed at the big Tokyo show, which starts later this year. Stay tuned.