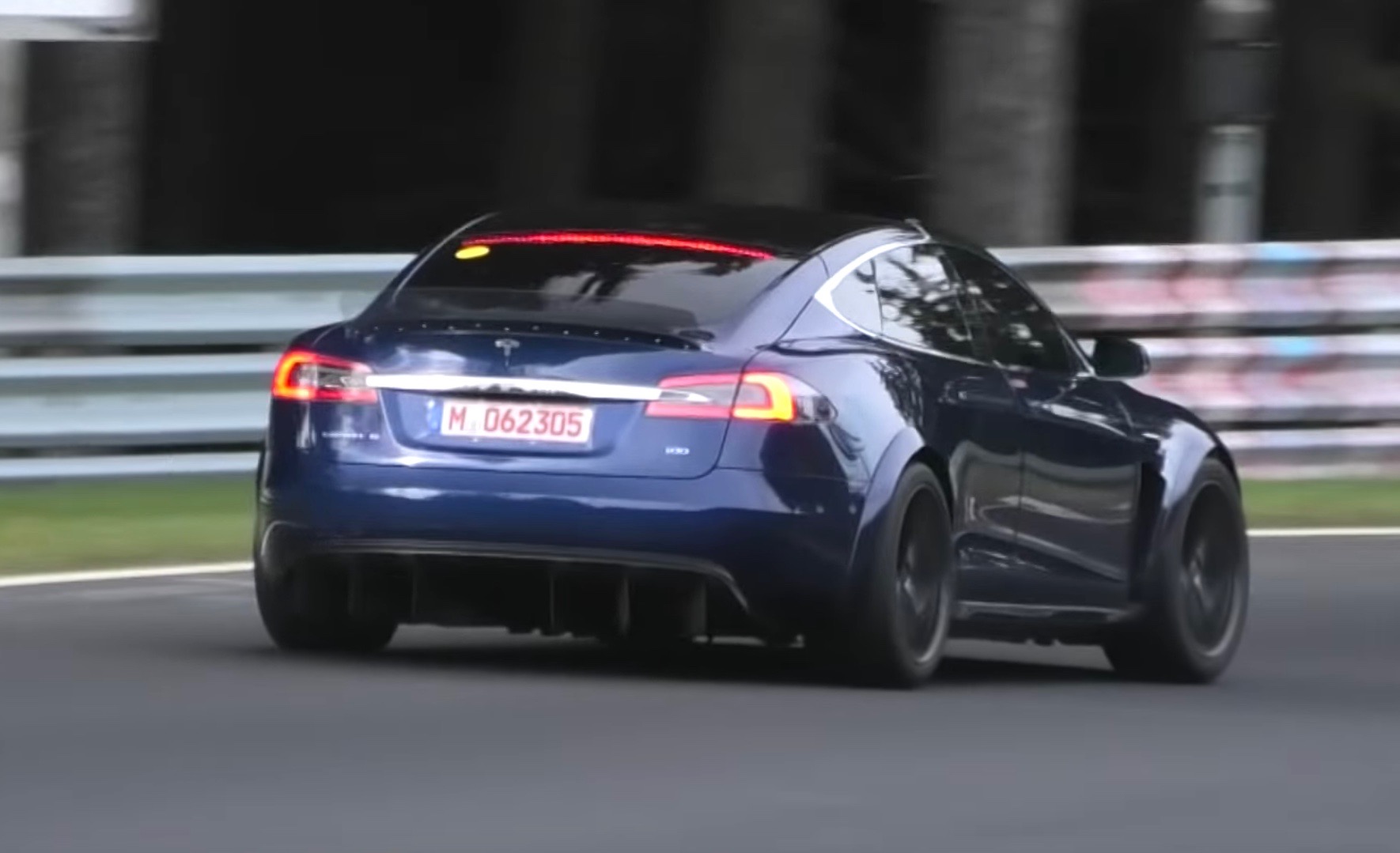 Tesla is continuing testing on the Nurburgring with its upcoming ‘Plaid’ high-performance package for the Model S. A prototype has been spotted again doing the rounds, featuring a very serious aero kit. 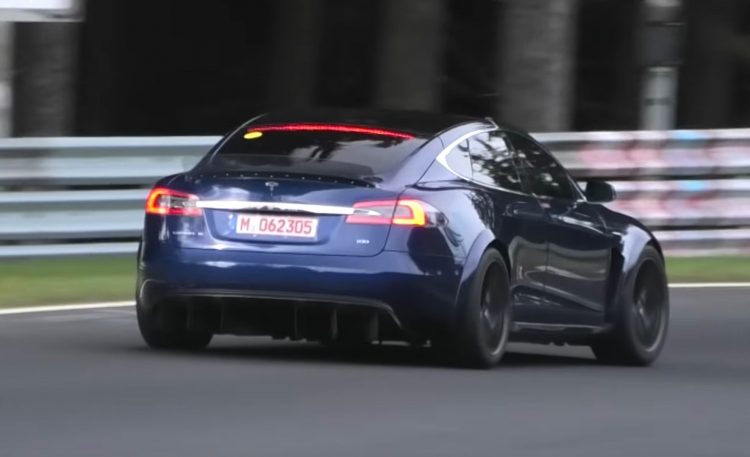 It looks like an aftermarket tuner’s special, the prototype. With slammed suspension, fat wheels and tyres within pumped arches, a large lip spoiler on the boot, and a very chunky rear diffuser. And by the looks of it, Tesla has instructed the test driver to go all out on the famously-punishing circuit.

The spy video below shows a Model S being flung around the track like it’s stolen. Except the ‘theft’ appears to be an excellent driver and there are no cops chasing behind. As far as we all know, Tesla is at the track to establish some benchmark lap times for the Model S, and to test out its upcoming Plaid powertrain option.

Company boss Elon Musk has sent out several tweets saying the Plaid package will become available next year for the Model S and X, but not the Model 3 or Model Y. It’s believed it will comprise of three electric motors with a 130kWh battery, and apparently the power output is around the 597kW mark (800hp).

With this much force on tap the Model S could take out the Nurburgring lap record for a four-door electric vehicle – Tesla has announced the prototype can already achieve a lap in 7:20, and that 7:05 might be possible. However, even though it could topple the recent Porsche Taycan record, which set a time of 7:42, that was for a production car. This prototype certainly doesn’t look like a production-spec model.

Even still, a record of some kind would be great for the Tesla brand as its vehicles aren’t really known for outright handling and track performance. It could show there is potential for a track-inspired model further down the track.

Check out the video below to see how it goes. We’re sure Tesla will be quick to send out big announcements on anything that eventuates from its time at the German circuit, so we’ll keep you posted.