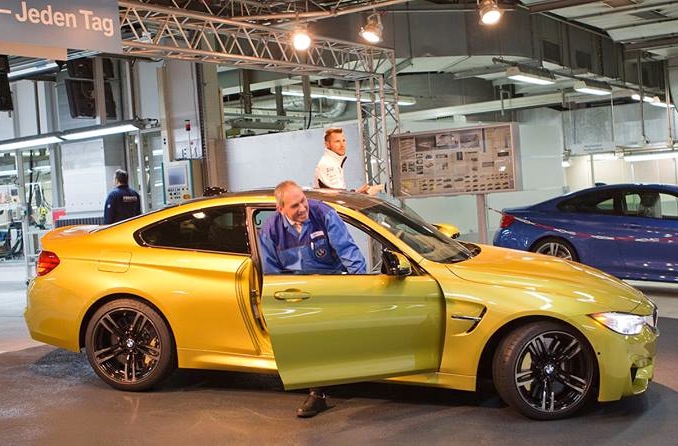 Production of the new BMW M4 has commenced, with the first example just rolling off the production line in Munich, Germany. The news was posted on the company’s official Facebook page. 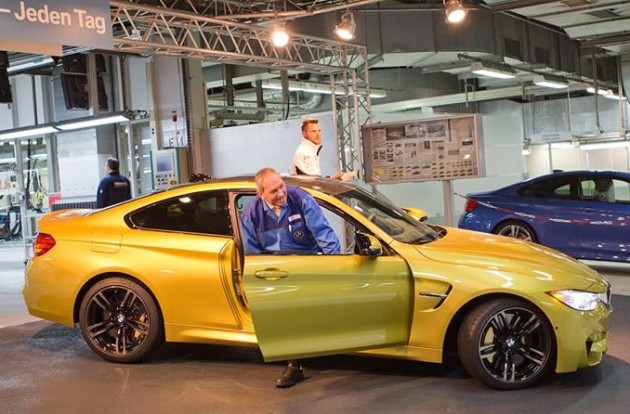 The first example was driven off the line by DTM racing driver Martin Tomczyk and the managing director at the BMW plant Hermann Bohrer. It’s a stunning Austin Yellow version with black wheels.

As you may remember, the M4 coupe and M3 sedan come with a 3.0-litre twin-turbo inline six engine producing 317kW of power and 550Nm of torque. The engine uses a 10.2:1 compression ratio to retain lightning-quick response in the spirit of M cars.

Both the M3 and M4 are able to accelerate from 0-100km/h in an amazingly quick 4.1 seconds. This is a lot quicker than any other car in its class with rear-wheel drive. On top of this, the engine consumes just 8.3L/100km on the combined cycle.

Australian prices and launch dates are yet to be announced. We’re sure this will be a very popular model for BMW.