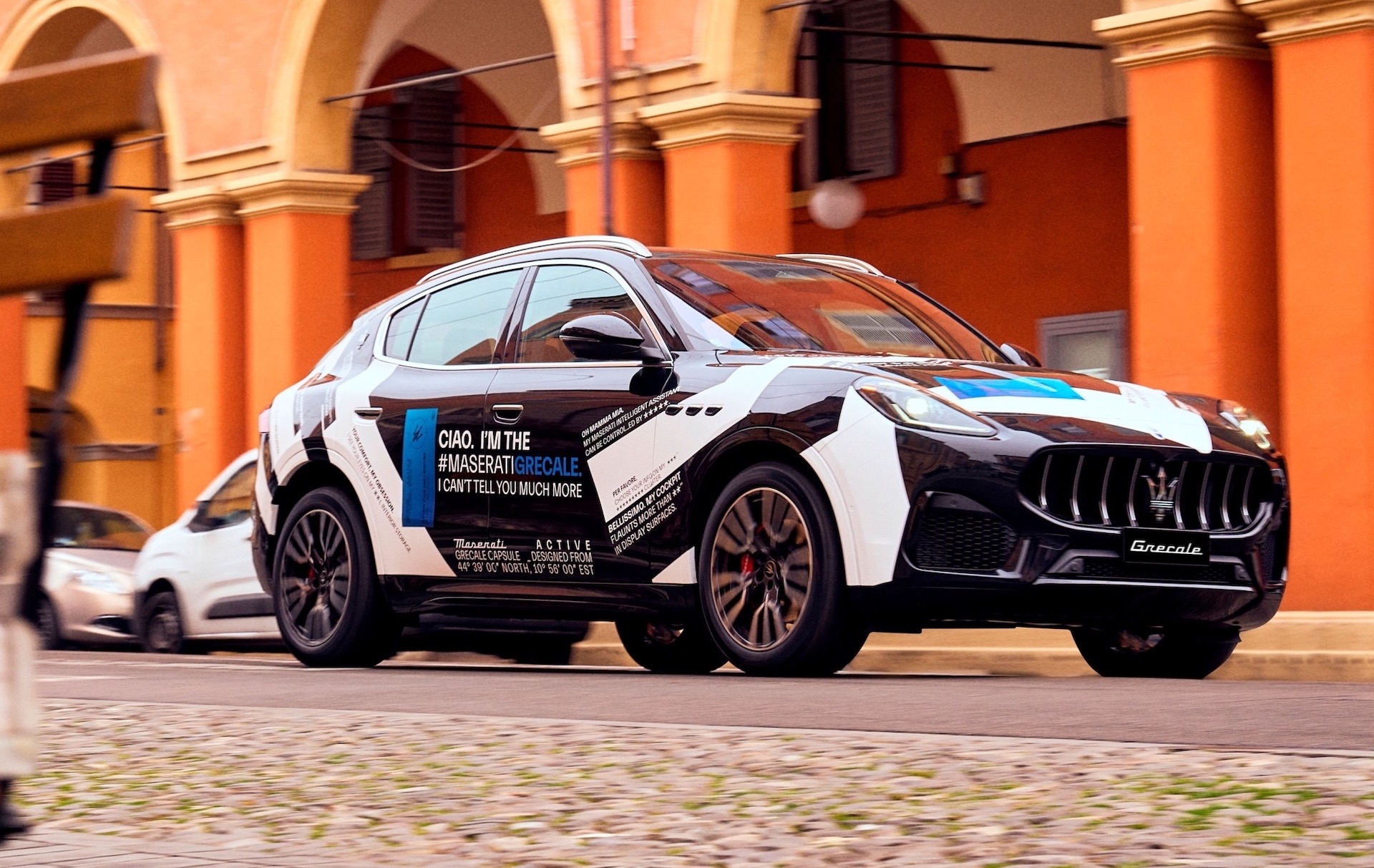 Maserati has sent out some more teaser images of its Grecale mid-size SUV. And these are the most revealing images yet, showing clear details such as the wheels, lights, and some panels. 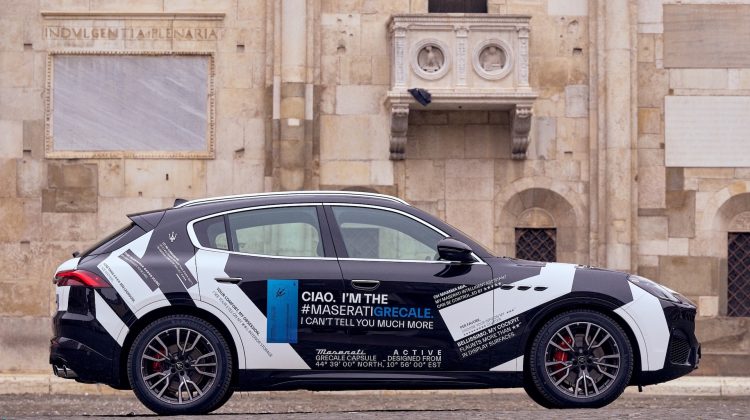 Instead of being wrapped in camouflage and sheeting, Maserati is showing off an example wearing a simple decal kit. The panel contours and many details can be seen in production trim, including the pouncing bonnet line and front guards, and the famous three-hole vent in the sides.

We also get a look at the taillight design, which incorporates a long downward tick, but it does not follow trends by joining in the middle. The headlight shape follows Maserati’s modern tradition, as is the case with the giant front grille and think vertical bars. 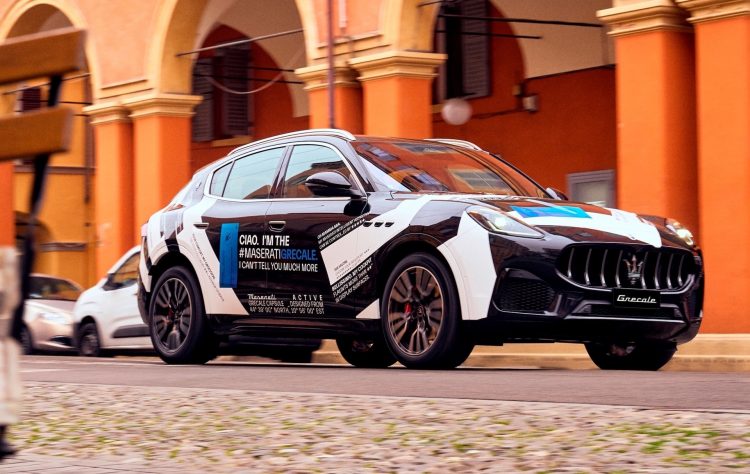 It looks like the Grecale will be offered with pretty serious brakes too, with this example showcasing red-painted six-piston calipers. These hide inside 20-inch wheels which cleverly feature the brand trident in the spoke pattern, wearing what look to be Michelin CrossClimate tyres (different tyres are likely to be fitted in different regions).

Maserati has some messages on the bodywork, such as “your comfort is my obsession” and “my job is to please your ears”. This suggests the new model will boast a lavish interior and perhaps air suspension, while the engines are sure to sing a nice note. 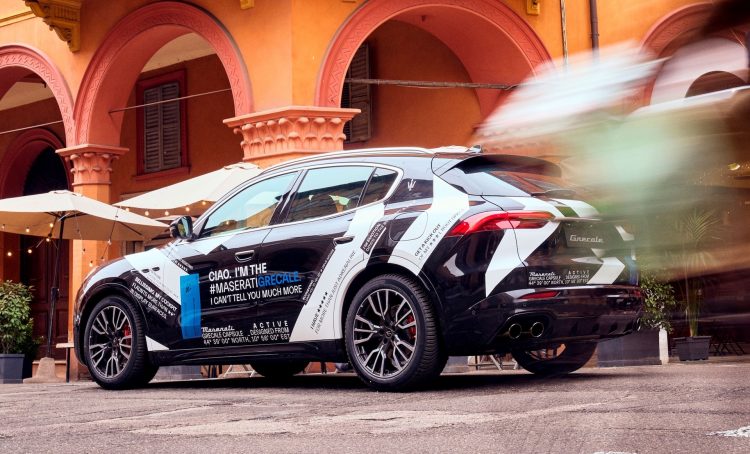 The Maserati Grecale is set to be offered with a range of powertrains, such as a 2.0-litre turbo and e-supercharged four-cylinder, as well as a 3.0-litre twin-turbo V6 in the case of the flagship model. Since it will have to compete against the Porsche Macan GTS, and its 324kW 2.9 twin-turbo V6, we’d suggest the top Grecale will offer similar output.

The company currently offers a 2.0-litre turbo and e-supercharged four-cylinder in the Ghibli, producing 243kW, as well as a 3.0-litre twin-turbo V6 developing 316kW. These could be some indication on what to expect. Maserati also had a 3.8-litre twin-turbo V6 in its fleet, generating 433kW, but we doubt that will make an appearance here.

All will be revealed on March 22, with market entry likely happening late this year. Stay tuned.