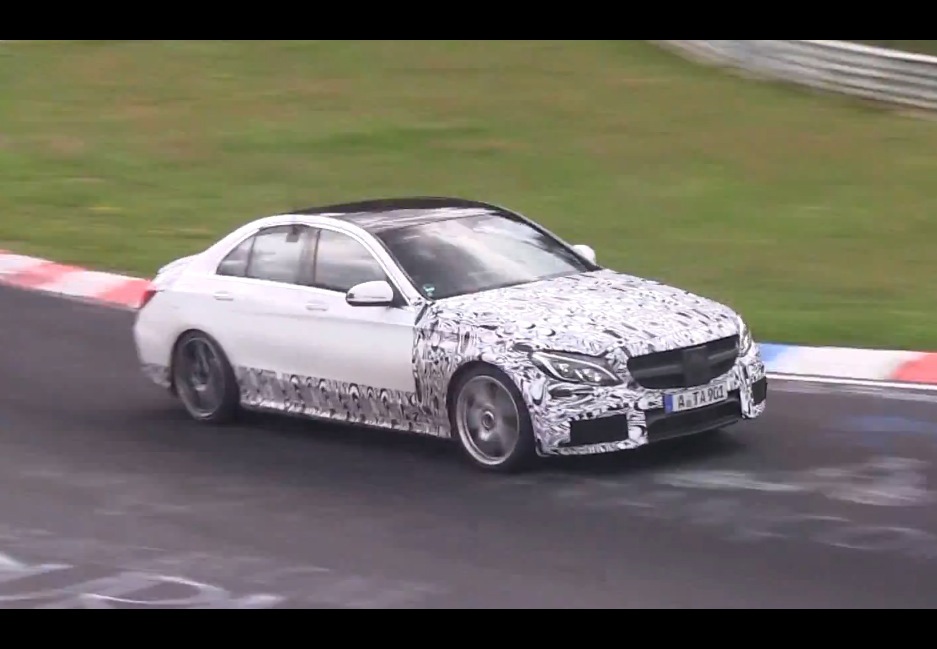 The new 2015 Mercedes-Benz C 63 AMG has been spotted on the Nurburgring in prototype form, with engineers seeming like they are testing out different driving modes and exhaust modes. 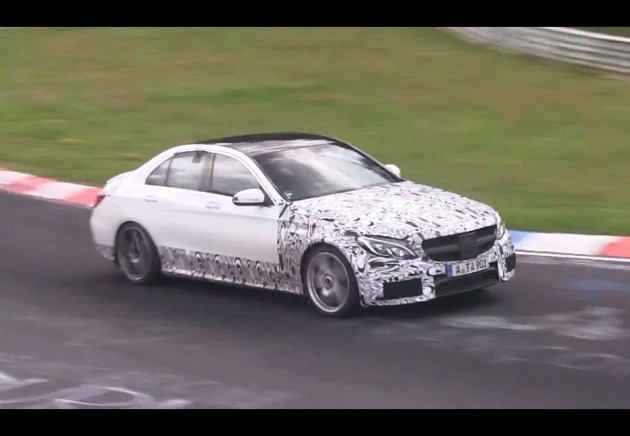 Four prototypes are being tested in the video, provided by TouriClips YouTube channel, each giving off a slightly different soundtrack – one of them even produces some smoke from underneath.

As far as we know, the new model is powered by the company’s latest 4.0-litre twin-turbo V8 which is being developed for the AMG GT sports coupe. In the C 63, output is expected to peak at around 350kW.

Like the AMG GT, the C 63 is likely to present the driver with a number of unique driving modes to select from. These, in the GT at least, change many factors, including the exhaust flow settings.

In terms of design, the next C 63 will be based on the 2014-2015 C-Class which has only just been introduced in Australia. On top of the sleek new design, the AMG version will add various aero features including a neat diffuser at the back and a set of quad-outlet exhaust poking out from underneath, as well as discreet spoilers and large alloy wheels.

All will be revealed at the 2014 Paris Motor Show in October. Stay tuned.